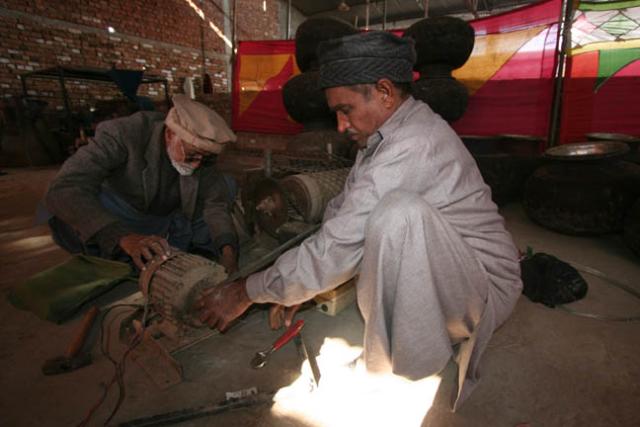 If you hold a Pakistani “Shanakhti” card and speak urdu or any of the native languages and have lived somewhere within its 4 provinces, car maintenance is the usual ordeal of going to an ustaadjee mechanic who never went to school – his learning models are not even in junkyards now and his tools and little minions (shaagrids) are missing and usually don’t have a grip on anything.

This ustaadjee mechanic speaks with such arrogance of utter stupidity that its sometimes impossible not to laugh, e.g. If you had overheated your car because of some fault in the cooling system or fan – he promptly removes the Tstat and throws it in the bin – claiming – its for SNOWY places and not usual places, I wonder why they didn’t hire you as an accountant in VAG or Fuji Heavy Industries – next comes the point of somehow increasing air flow that your engine should never ever warm up.

I am yet to know how they landed with this conclusion that a warm engine is bad (burnt hands I think) and the poor owner of the car not knowing better drives off happy, that he got his car fixed quickly and cheaply, poor guy doesn’t know that he just let loose a slow moving guillotine on his car and his bank account too. Maybe he needs to feast on your bank alone to keep his kitchen running.

Next our very happy owner goes to a place called a service station where they are washing cars like they are cattle. He pulls up and asks the weird looking alien guy with a hose to go ahead and drown it. The guy then proceeds to drown all electronics and hot engine cases with high pressure water ignoring the warning labels of not to use water specially on a hot engine (he cant read I think) – then an act seen as murder is done, used oil is sprayed underneath the car and diesel fuel in the engine bay – keep in mind the owner is still happy as a jaybird as he thinks that oil is good for metal – I don’t know at what time in the last century were cars made without undercoating – how did our idiot alien looking guys and ustaadjees get this idea.

This nice spray of oil proceeds to eat away rubber bushings and pipes, clings to the wax undercoat softening it and then eventually dissolving it to expose bare metal ready for corrosion. Meanwhile the diesel fuel in the hot engine bay is busy sucking out the oils from wire insulation, eating away the sticky glue from looming tape, attracting dust on metal parts at the same time.

I know that drivers are not expected to be mechanics too, but living in Pakistan, you have to be aware of safe practices and maintenance procedures for cars. Leaving it on usual desi mechanics alone is a surefire way of killing your car way too early.

SUV: A brief outlook of its History and Development