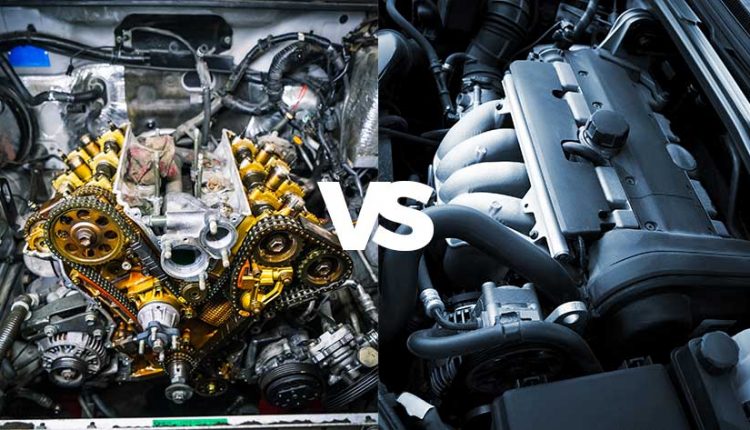 Difference Between Petrol and Diesel Engine

The engine is the heart of every vehicle. It pumps fuel into the machine just like a heart pumps blood into a human body. If the engine is dead, the vehicle cannot move a muscle and dies as well. So, to keep your vehicle fit and healthy, it’s important to know what goes on in the engine. Today we will talk about the two types of engine, petrol and diesel. The difference between the two and advantages and disadvantages of both engine types. Let’s get into it.

The first difference between the two engines lies in the type of fuel mixed with the air. In petrol engines, the air is sprayed and mixed with petrol. In diesel engines, the fuel mixture is air and diesel.

Diesel engines have bigger flywheels, so they weigh more than petrol engines.

Petrol engines have a low maintenance cost. Diesel engines are harder to maintain, not only because of the cost factor but also because of the unavailability of an expert mechanic.

Lighter vehicles such as motorcycles, scooters, and cars typically use petrol engines, whereas diesel engines are found in much heavier machinery such as tractors, trucks, and buses.

Hope you find this guide helpful. Do you know more difference between petrol and diesel engines? Share with us in the comments. Find thousands of used petrol cars and diesel cars for sale in Pakistan.