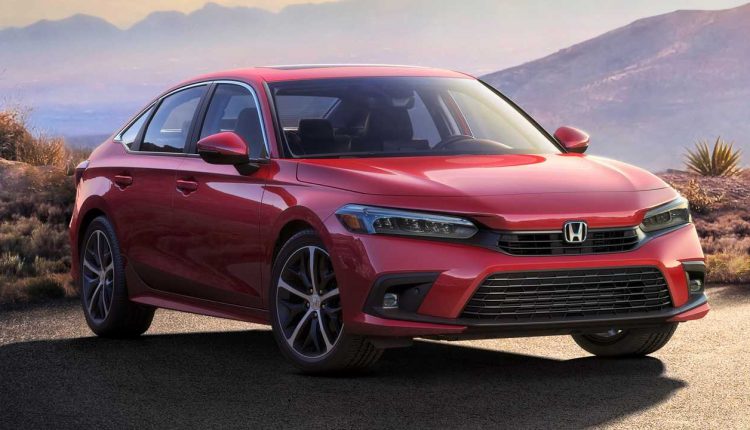 Whenever there is any news regarding Civic and Corolla, automotive fans are on their toes. Honda Civic, the worldwide known name in the compact car segment, is currently in 10th generation, arrived back in 2015. Although the newer trend of car buyers towards crossovers and SUV’s is well established, Civic is and was always the flagship model for Honda due to its large global presence, especially in the US, where half of the worldwide Civic sales happen.

Since 1973, when Honda introduced the Civic in the United States, Honda has sold over 12 Million units of Civic in the country alone. The 10th generation Civic set a new benchmark in its segment. The current Honda Civic X has a revolutionary design inside and out, and it grabbed a lot of awards globally, including the North American Car of the year award.

After five successful years of the current 10th generation Civic in production, now it’s almost time for the replacement. Last year images from Trade Mark / Patent filing for Honda Civic Hatchback and Civic Sedan got leaked to the public. A camouflaged Civic was also seen multiple times on the roads of Europe under testing. Last year on November 17th 2020, Honda released a teaser clip for the upcoming Civic prototype. There was a mixed reaction by Honda fans around the globe regarding the porotype.

Anyway, it looks like the D-Day is here as Honda North America released the first official image of the upcoming production version of the 11th generation Civic via a press release. Honda North America also announced that complete details on specification, options and features would be announced via a digital online platform on April 28th. 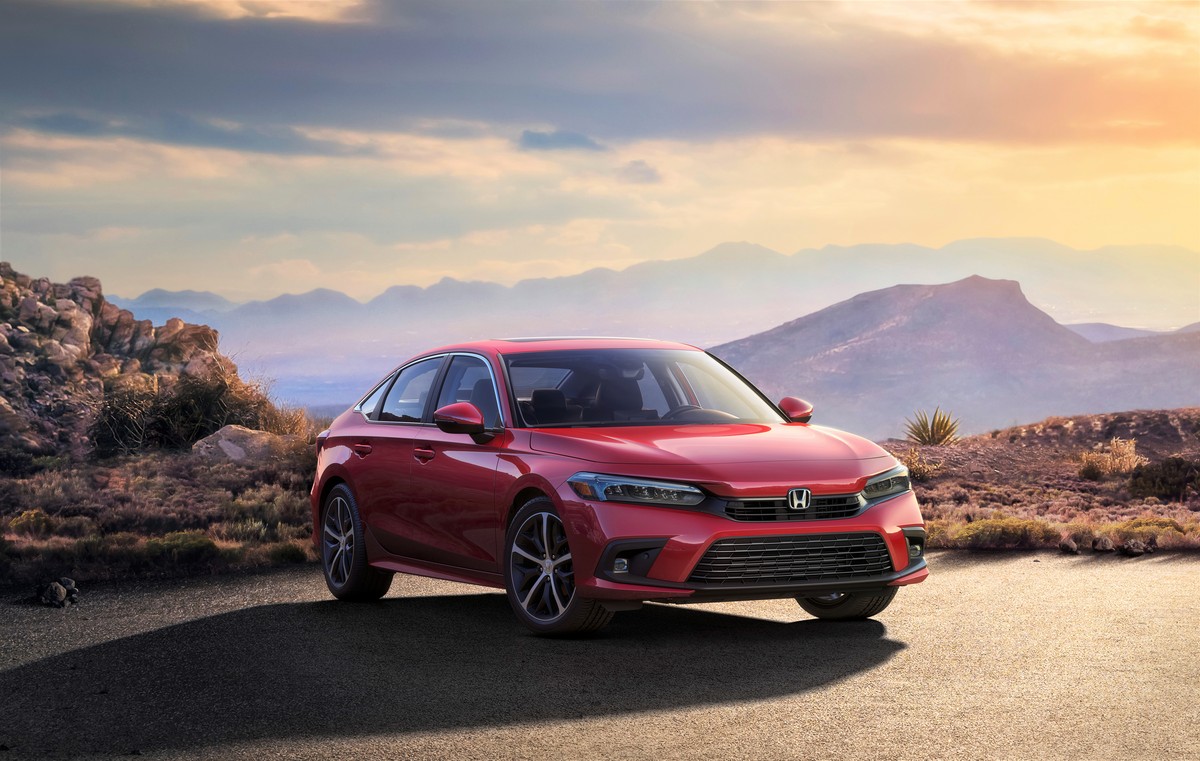 Inspired by the timeless design and human-focused values of past Civics, designers and engineers prioritized Honda’s human-centered design philosophy, which maximizes the total environment for the driver and passengers, while minimizing the space needed for mechanical components.  The goal is to increase the driver’s ability to enjoy the car safely. The result is a sporty new look and an all-new simple and sporty interior that advances essential Civic values of uncluttered design, simple ergonomics and exceptional visibility.

Although , Honda didn’t release any interior or official imagery for the rear end but a previous leak images viral on the internet from China did reveal some details and seems like the production version is true to the the design seen as prototype. 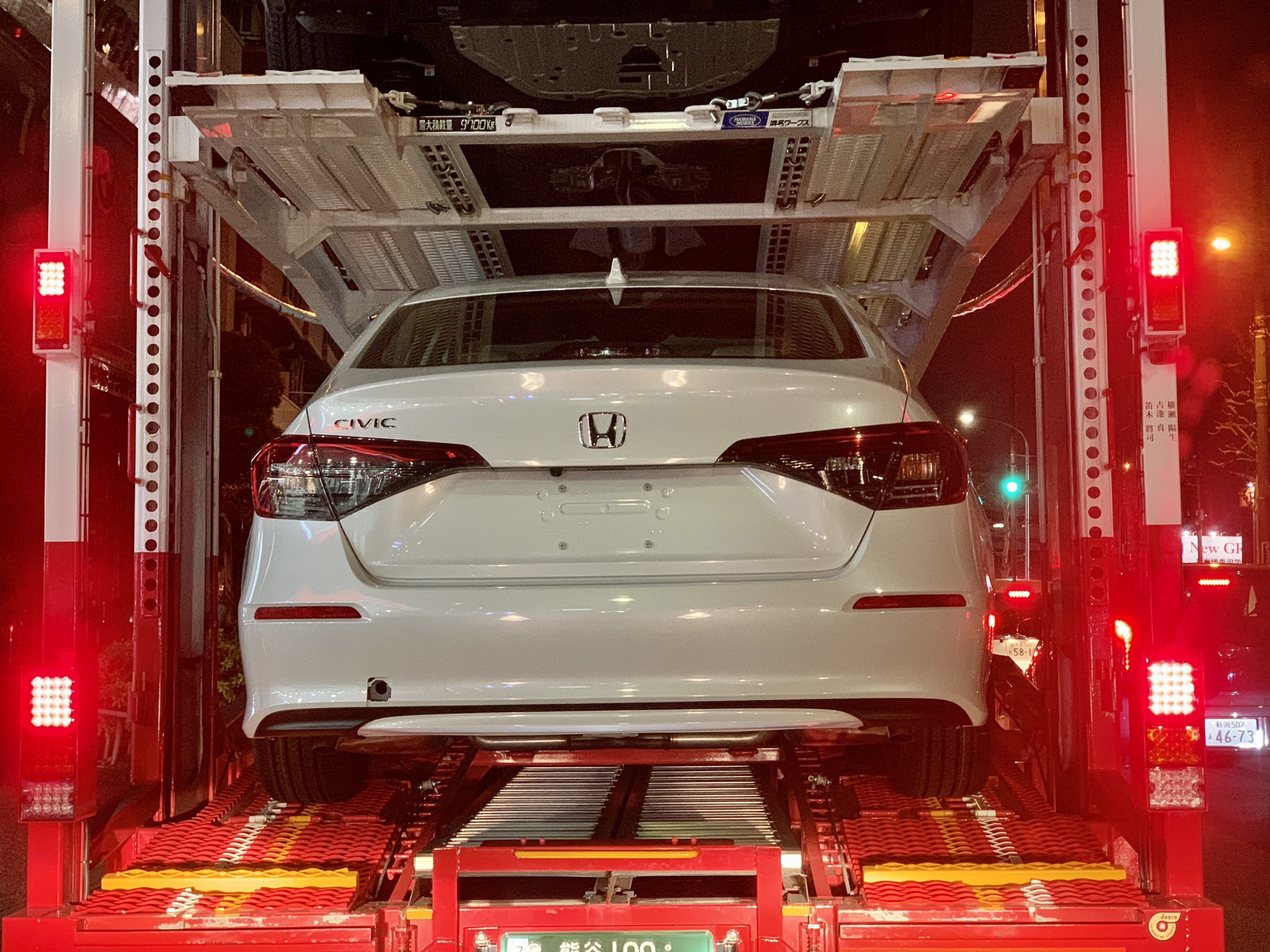 The 10th generation Civic has a Sportback looking sporty design with the sloped rear glass panel to the truck’s edge, and it was a departure from earlier Civics design language. The 11th generation has more of the same design strategy but with a raised trunk edge lip giving it a little more dramatic look, and if you have keen eyes, you can see an influence of Tesla model 3 in it.

On the front, we also see newer headlights and DRLs. There is a new upright front grille, and the vehicle looks lower and wider on front. The new model is without” C” shaped taillights. The new model has a unique design of slim LED lights.

There is a new bumper and elongated slim reflectors on the upper edge. Meanwhile, it also has a new blacked-out exhaust outlet in the bumper, giving it an overall premium and sporty look. As of overall outlook, it seems inspired by the current generation Accord like the wider & straight frontal hood line and more pronounced side belt lines, especially” C pillar” and the notch at the glass corner.

The manufacturer has also moved side-view mirrors to the door panels. Earlier, it had a conventional placement at the corner of the door and a pillar junction, i.e., in 10th generation Civic. 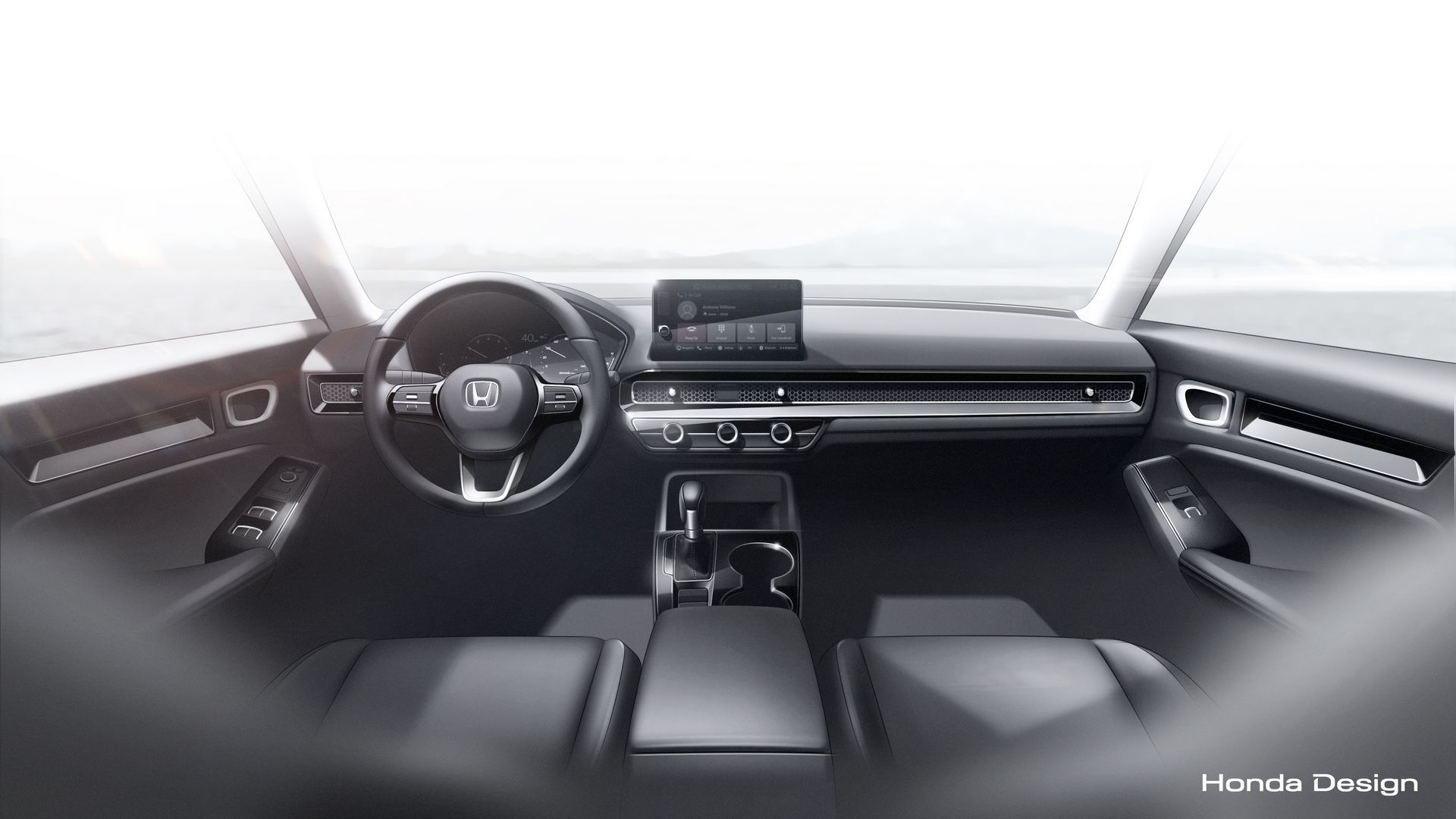 Back in November 2020, Honda released a sketch of the interior, and it’s a complete overhaul and new comparing the 10th generation Civic. A new infotainment system is on the cards as a new floating type 9″ touch screen display while new horizontal slim front HVAC vents with simple three-knob controls. The sketch also shows a new steering wheel and instrumental cluster as well as new door and window control panels on the driver side door. Overall the company has followed a very minimalistic design approach.

According to Honda, the Civic XI will have an advanced user interface. The exterior production version has been very loyal to the prototype. If we apply the same analogy, we can expect the same interior as seen in the Honda Design sketch.

Honda mentioned that the new Civic has improved and enhanced active and passive safety equipment and features. Honda has also improved the frame and chassis’ overall structural integrity with more rigid components and high strength steel. As for mechanicals, the current engine lineup to continue with some refinement and improvements.

The 11th generation Civic will be offered both in sedan and hatchback body styles depending upon market/ regions. Honda will not provide the two-door coupe for the 11th generation; a two-door model was specific to North America. The company recently discontinued it for the current 10th generation. Its comeback is not expected either.

The production model will be revealed on April 28th 2021, initially in the United States and Canada, with production in the summer of 2021 while sales are starting fall of 2021. The European and Asian markets will see the model in the flesh in late 2021 or early 2022.

We here in Pakistan should not expect the 11th generation Civic before the middle of 2022. Henceforth Civic X in Pakistan still has an expected over year to 18 months of life left.

Difference Between Petrol and Diesel Engine