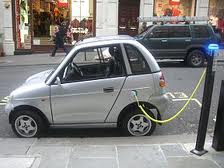 Electric vehicles can be twice as worse compared to conventional cars

You know the deal about electric cars, global warming and how our internal combustion cars will eat the environment but that’s not true entirely. In fact, this new research study conducted by Norwegian Institute of Science and Technology just investigates whether or not electric vehicles can as bad as normal, conventional cars that we all love and the study has found just that the electric vehicles can be TWICE as bad as conventional cars.

Your first guess is right, the electricity through which they’re powered isn’t actually created through rainbows and environmentally friendly pixie dust with some witchcraft involved, so where the electricity comes from is the major factor.

A quote from the report:

Yes there is a significant decrease in global warming potential (GWP) for places like Europe where they produce electricity through renewable sources but if you live some place where your electricity is provided by oil and coal powered power plants, than your electric vehicle will be twice as bad your conventional car.

The electric car, as long as it is driving doesn’t harm the environment and electricity will eventually be made through green, renewable sources but until than it isn’t clean or perhaps we’ve begin the wrong way.

Have we really given up on resale when buying a car?