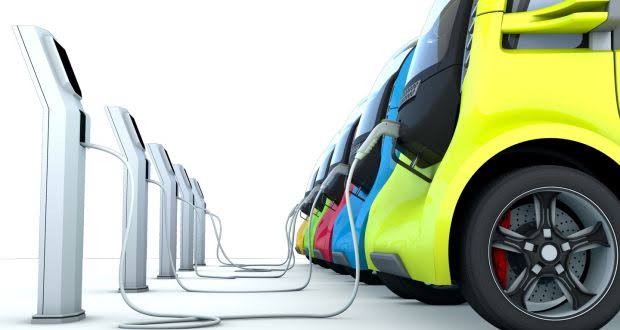 EV policy to go ahead despite reservations from existing players

The electric vehicle policy is set to be implemented according to its schedule despite all the reservations shown by the existing auto manufacturers in the country, according to the adviser to PM on Climate Change Malik Amin Aslam.

According to the details, the existing players in the local auto sector had expressed their reservations over the approval of the EV policy owing to not being taken into decision-making while formulating the policy. The overall situation was cleared by the adviser to Prime Minister Malik Amin Aslam as he said that the current auto manufacturers and auto part makers have nothing to be bothered about regarding the implementation of EV policy.

He added that the existing players would have a significant benefit over new auto manufacturers in the country as they already have the manufacturing plants installed. According to him, the EV policy will be a huge leap towards the transformation of the entire auto industry to electric mobility and reduced carbon footprint in the environment. He asserted that the government had no other option but to introduce an EV policy that would welcome electric vehicles in the country. The condition of the environment is deteriorating with each passing day, and it was inevitable to transform into electric mobility to fight the negative impact of poor quality of air. A majority of developed countries have already shifted towards electric vehicles to contribute to saving the environment. Only 20% of the pollution around the world is contributed by automobiles whereas, in Pakistan, over 40% of the pollution is built up due to the carbon emissions from the vehicles.

Amin Aslam clearly stated that there is no point of return from here on as the EV policy has already been approved by the parliament.

However, all the current auto players and new auto manufacturers are being requested to agree upon the establishment of a road map that would help the government to achieve its goal of converting 30% of vehicles into electric by the year 2030.

The government is giving away several incentives on its EV policy and will soon formulate a complete infrastructure to help promote electric vehicles in the country. As far as the scope of manufacturing batteries for EVs in Pakistan is concerned, the work for the transfer of technology from China has been completed. If Pakistan manages to produce its batteries for electric vehicles, it would be a bonus for the local auto industry.

There are also several options in terms of the production of batteries, i.e. swappable and solar-powered batteries. The government is looking upon the feasibility of each one of them and will work on it according to the plan. To establish a long-term EV industry in Pakistan, it’s important to focus on strengthening the roots. The establishment of an export market for a right-hand drive (RHD) electric cars is also under consideration, and Pakistan can also take advantage of its good relations with China in this regard.

The Adviser to PM also stressed upon the localization of the electric vehicles in Pakistan. According to him, the combustion engine vehicles currently produced in Pakistan never achieved a good percentage of localization as more than 50% of its cost comes from the imported parts or the raw material used to produce these parts locally. As a result, whenever the local currency loses its value against the US dollar, the prices of automobiles surge unbelievably. A higher level of localization will be targeted in the case of EVs in Pakistan to stay competitive in the local market.

Moreover, the use of electric vehicles will not only reduce long-term pollution but will have a significant role in reducing the country’s import bill by as much as $2 billion. Electric vehicles will also let consumers save money on a long-term basis. The EVs are also not too far away from being seen on the roads as the government is all set to initiate the two and three-wheelers in the initial phase of implementing EV policy. Motorbikes have a huge market in the country, and the government aims to shift the consumers using combustion engine two-wheelers and three-wheelers to electric ones.

Let’s see how far the government’s efforts will go regarding the implementation of EV policy. Nonetheless, it’s a great initiative to save our environment from global warming and increased pollution. However, the government will have to carry along the existing auto manufacturers if it aims to achieve the goal of converting 30% of vehicles into electric by 2030. Mention your suggestions in the comments section and stay tuned to PakWheels for more updates related to the EV policy of Pakistan.

Gear up for the amazing PakWheels.com Lahore Auto Show 2019

Futuristic Cybertruck From Tesla Has Arrived