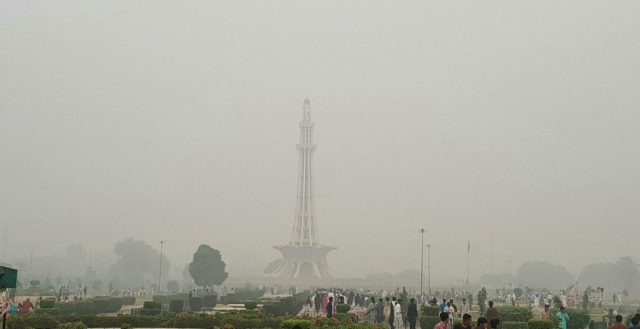 The government is trying to tackle the ever-growing issue of the smog that has been grappling the urban areas. One of the key contributors to the smog is emissions from motor vehicles. One way to curb these emissions is to use a better grade of fuel in Pakistan. Currently, Pakistan is using Euro 2 fuel, which is not good for the current smog situation of Pakistan. The Prime Minister, Imran Khan, has decided to import Euro 4 grade of fuel instead of Euro 2. By 2020, the government is aspiring to shift the entire imported fuel to Euro 5. According to estimates, a shift to Euro 5 from Euro 2 fuel will curb air pollution by about 90%. Cleaner fuel is also efficient to burn, and it provides a better fuel economy.

The government also wants to introduce new technology for brick kilns, industry, and vehicles so that air pollution can be reduced to a great extent. Burning cleaner fuel will not only curb air pollution, but it will also provide better performance from your vehicles and will increase the life and heath of your vehicle’s engine. The government is also deciding to grow forests on land spanning some 60 thousand Kanals in Lahore.

According to the Prime Minister, people from all age groups are getting adversely affected by smog. The smog is surely a huge health hazard for the country, and it needs to be dealt with in a prompt manner by the government. The government is in talks with the auto industry of Pakistan on the introduction of electric vehicles in Pakistan. The auto industry was not happy with the approval of the new EV policy as it decried that the government did not take its opinion into account for drafting the EV policy. The government is also aspiring to convert all the public transport, especially buses, to either electric power or gas. Both of these options are cleaner than burning petrol or diesel.

The government needs to take into account the interests of all the stakeholders before introducing an EV policy as the new entrants have pledged to make investments based on the provisions of Auto Policy 2016-2021. Deviations from these terms can deter their plans to enter in the local industry.

Electric vehicles will help us reduce the oil import bill as well. However, the introduction of EVs must be smooth and done over a period of time. EVs will also help us to reduce noise pollution from urban areas and will make them more liveable. The introduction of EVs will also open up more jobs in the economy and will open up a new sector for the people to invest in and conduct business. The government is also trying to stop the burning of crops to curb air pollution. It is trying to convince farmers to sell the crop instead of burning it.

Tell us about your thoughts on the introduction of cleaner fuel in Pakistan by the government and stay tuned for more news-related content like this one.