Here’s how to protect your car from rust

As time for monsoon rains come about, all metals need protection from rust and corrosion. Because metal once rusted requires a lot of effort to get fully repaired.  Cars specially the expensive ones need to be prevented from rust to give a deluxe and luxurious appearance. Once Car’s body catches some spills of rust, the rust automatically disperses to the other parts of the body. Rusting in parts of the engine or body of the car also affects the smooth running and starts damaging the car internally and externally; therefore, to protect the car from rust requires adoption of following steps.

1. Wash your car at least once every two weeks.

2. Apply wax to the entire body of the car once every four months.

3. The most affected areas of car from rust are undercarriage, trunk and external painted parts of the car so it should be examined properly and regularly.

4. Keep your interior and exterior clean as the rust spills can start rusting up the car from inside which ultimately affects the whole car.

5. Be careful while washing the car as salt boosts the rust, so the water being used for washing of the car should be salt free.

6. Clean the underside and wheels of the car at least once every two weeks with clean water.

7. Keeping the metal surface of the car dry is also a key to protect it from rust

9. Check the metal below the carpet once every year and look out for rust spills.

10. The car should be kept covered when not in use for a long period.

11. Salt is very dangerous for the car so when you feel that your car is at serious risk; you should spray it with the proper rust prevention lubricant.

12. With advancing technologies, electronic rust protection is the best option to compliment the paint and other coating material that prevents corrosion/ rust. Paints or spray may wear out, but the electronic rust control inhibits the formation and spreading of rust. 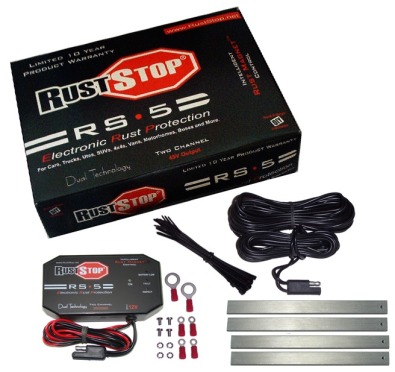 Home Remedy: How to get rid of rust before it starts spreading?

Rust can be prevented from dispersion at earlier stages if handled with care and wisdom. Electronic rust protection is expensive and consumes a lot more time. So, home remedies can be used to handle earlier stages of corrosion effectively. First of all, inspect rusted patches of body in your car. These patches are mostly found on the metal that is not in access to be cleaned methodically like beneath the carpet, on the metal below the spare wheel and at the back of the dashboard.

Now you can get a taxi in Karachi through an app