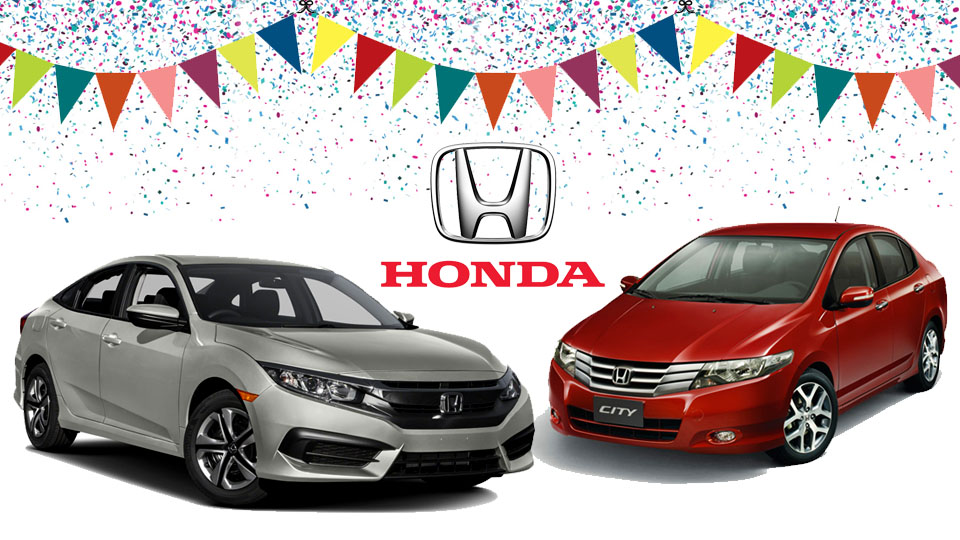 Honda Atlas Cars Pakistan have reported a triple hike in sales during the previous year (April 16′-March 17′). This hike owes its existence to a radical increase in the demand for Honda vehicles in Pakistan. With the ever steady Honda City sales coupled with a frantic demand for the new Honda Civic, the company has managed to achieve a milestone concerning sales figures.

In the above-mentioned period, Honda City registered sales of 19,712 units, whereas Honda Civic posted a record sales figure of 15,588 units. The total sales figure of both vehicles recorded a mighty sum of 35,300 units (first in the history of Honda Atlas). Considering the recent introduction of Honda BR-V in Pakistan, experts are predicting that Honda Atlas is on its way towards more growth and rapid expansion.