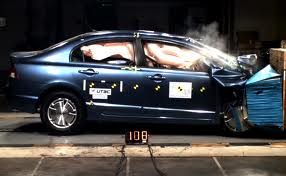 Honda sold only 182 standard Civics and 270 Civic Hybrids for the month of October. As a result, Honda decided to kick out Civic from Japan.

Perhaps the most apparent reason is the diversified product portfolio Honda has in Japan, which is currently led by much more smaller cars like Insight, Fit, Stream & Freed.

Civic’s departure has been on the desk for quite sometime now, in fact, Honda Fit, when debuted in 2001, quickly outnumbered the Civic in sales that year. According to Japan Automobile Dealers Association; Fit was the 6th most sold passenger vehicle while Civic trailed at 22nd position. This year however, Honda Fit was the second-most sold vehicle in Japan trailing only Toyota’s biege-monster, Prius.

That’s not the entire reason behind Civic’s departure, the other most salient reason is the lack of space in Japan’s highways, streets and garages, as we showed in our blog post about how Civic is getting fat with its every new model which are proving to be too big for Japanese Civic’s buyers and is another testament to its foreseen departure from Japan. However, don’t get excited, Civic is doing above fine in Pakistan, US and other European countries so you won’t be hearing the breaking news Pak Wheelers would like to hear anytime soon.