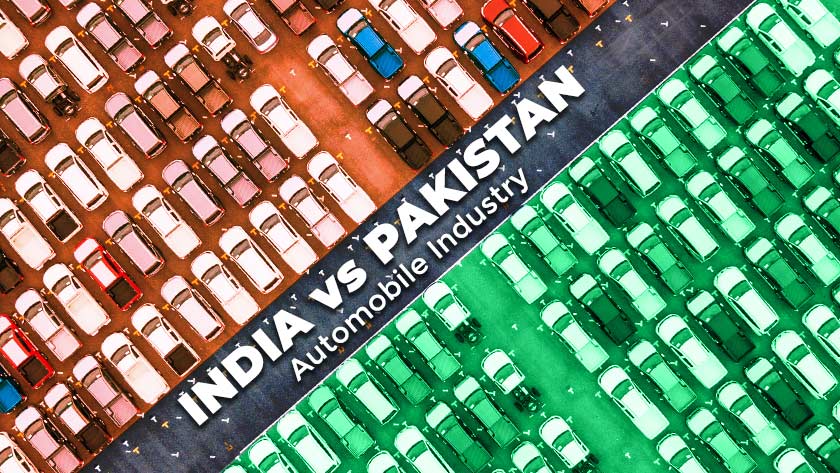 Is India (really) winning the auto race from Pakistan?

Separated at birth, these twins turned out bitter rivals, often meeting in battlefields. Also, the two have faced off in cricket fields too. However, there is one more field where the two have competed albeit away from the public eye.

The Indian Auto Sector Paints a Rosy Picture, but All That Glitters Is Not Gold

On the face of it, India is going miles. It has become the fourth biggest auto market, displacing Germany. What’s more, it will soon displace Japan to become the third biggest auto market. Commercial and passenger vehicle sales grew by 8.3% (3.99 million) in 2018 in India. These are all verifiable statistics but a closer look at India’s automotive sector and all is not well.

For beginners, the Indian automotive sector is not attractive to foreign car makers as car prices in India are low. To illustrate, the Indian passenger car market is bigger than 3 million. Yet Audi, BMW, and Mercedes sell less 20,000 cars a year in India. The average selling price for passenger cars in India is $7,000, which is one-third the price of passenger cars in developed countries. Another factor which makes India unattractive to foreign automakers is Maruti Suzuki, which had the market share of 54% in November 2018.

There is one particular aspect of an average Indian auto buyer that is often overlooked. Tata Nano, which was priced at Rs.100,000 was labelled “the world’s cheapest car”, was not bought by the consumers. Borrowing an American jargon, this model “tanked.” Nissan learned from this and marketed its cheaper brand Datsun “as the choice of rising India.” Branding matters in India.

The Sun Rises from (India’s) West

Moving westward from India, Pakistan is neither the fourth biggest auto market in the world nor would outnumber the Japanese in motorization rate anytime soon. Its motorization rate is also lower than India’s – 17/1,000. But it’s not doom and gloom in Pakistan.

India and Pakistan auto sectors are poles apart when it comes to the foreign automakers. Unlike India, Pakistan attracts heavy investment from abroad. Automotive Development Policy 2016-2021 offers tax incentives to new entrants (car manufacturers). Hyundai, Kia, and SsangYong (Koreans), along with Volkswagen, Renault and Nissan have announced to assemble their vehicles in Pakistan. Moreover, Groupe Renault and Al-Futtaim will bring Renault cars to Pakistan and manufacture and sell them here.

The automobile sector has grown exponentially in the last 5 years. Sales have gone up, leading to investment and expansion.  The government through Automotive Development Policy 2016-2021 hopes to break the auto-cartel, improving quality of locally-assembled cars and bring down car prices.

Another aspect, which makes the experience of car buying relatively easier is the option of car financing. This alone has soared car sales in the country. Car financing in Pakistan has become more affordable due to low-interest rates.

All Is Not Good in the Land of Pure?

It is a known secret that the present government is cash strapped.

The dilemma, this and the previous government face, was how to bring vibrancy into the auto sector without depleting foreign exchange reserves. The government can either adopt a liberal approach wherein it follows a liberal import policy, creating competition, at the expense of reliance on foreign exchange reserves. In the alternative, the government can restrict auto imports, which will restrict consumer choices. With the issuance of the latest SRO 52(1) 2019, the government seems to be following the latter approach.

For this and other automotive related news, stay with PakWheels.