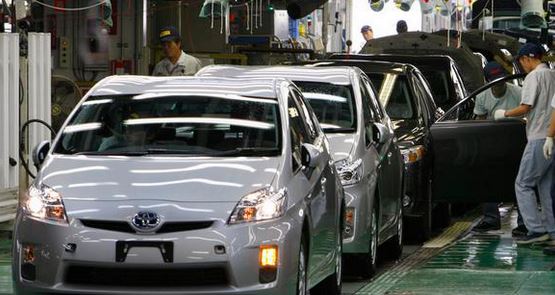 The Japan International Cooperation Agency (JICA) in its meeting with Abdul Razak Dawood, discussed various aspects of the local auto sector and the necessary steps for its promotion.

A delegation of JICA headed by its Chief Representative Shigeki Furuta visited Pakistan during which a meeting was held with the Adviser to Prime Minister on Commerce, Textile, Industries, and Production, Abdul Razak Dawood. The delegation expressed its interest in the up-gradation of the automobile industry in Pakistan. The team discussed several challenges faced by the auto industry on the back of the imposition of a heavy amount of taxes and duties by the Federal government of Pakistan. In addition to this, the depreciating value of the currency has led to declining sales in the past six months or so. Shigeki lead JICA team also highlighted the matter of procurement and installation of security features in the locally assembled vehicles with a periodical inspection. To promote trade and investment in the country, it’s essential not to forget the importance of economic development. The delegation ensured its assistance in the promotion and improvement of investment in the auto sector.

In its successful meeting, the JICA team also stressed upon the enhancement of domestic production capacity from existing 0.2 million cars. It believes that supporting activities from the Japanese auto giants in the country would help the cause to a great extent. An improved business climate and the introduction of new safety and environmentally friendly features would yield better results for the local auto sector. The agency will also provide its complete support in establishing inspection infrastructure of all types of used and new vehicles to ensure the safety of the consumers. The Auto Development Policy (ADP) 2016-21 was also applauded on this occasion as it provides a uniform and great opportunity to the new players to establish their production setup and formulate a policy framework in the country. Ever since its introduction, many European, Chinese and Korean brands have already grabbed their opportunity to enter into the auto market of Pakistan that has a vast potential of growth.

The adviser to Prime Minister informed the delegation about the several areas of tremendous investment opportunities in the country for uplifting the whole sector. He further added that Pakistan has already improved its global ranking in the ease of doing business index with an addition of 11 points. To ease the business regulations and its activities, a program has also been introduced in which a couple of regulations are removed every month. Moreover, an improvement in trade procedures is also considered on a priority basis.

Previously, the delegation of JICA ensured technical support to the local auto part makers in the country. It encouraged the auto parts manufacturing companies to improve the quality of parts and become competitive in the global market. Several tools and techniques were also implemented to brief about the results achieved through these advanced procedures.

Mention your suggestions in the comments space below and stay with PakWheels for more updates.