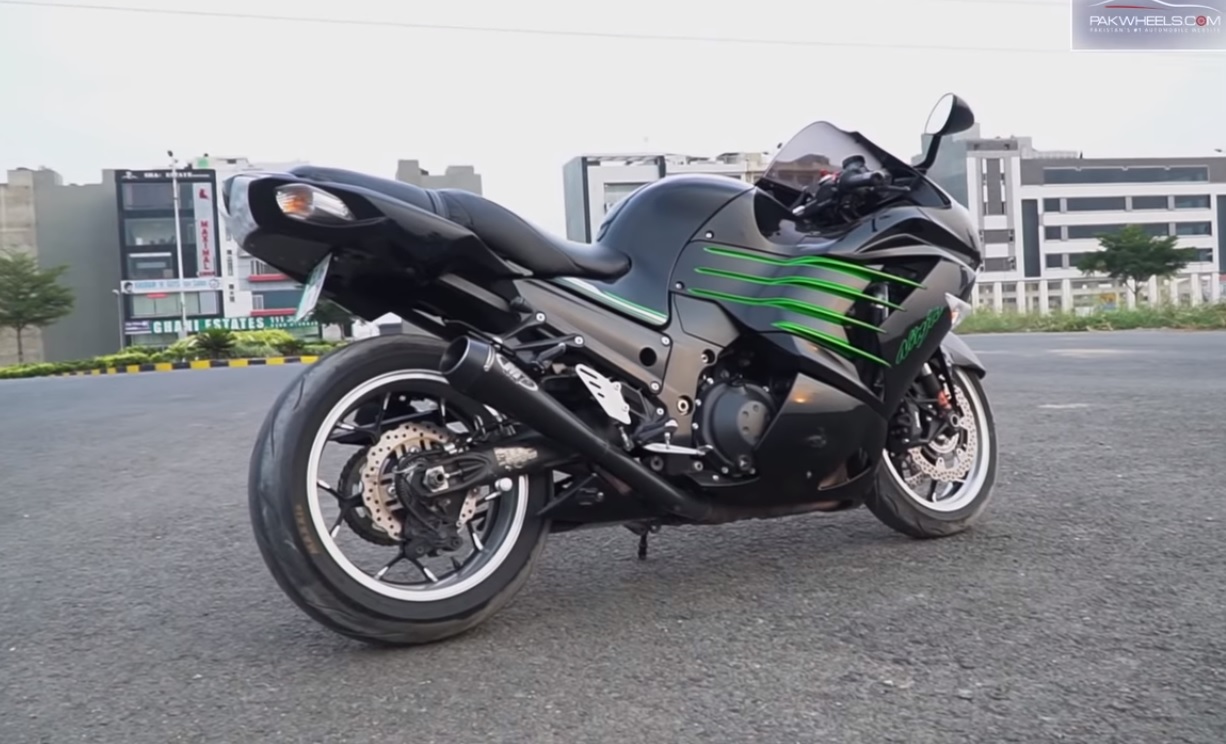 Inline with providing exclusive content to our readers, this time, we have brought an expert review of Kawasaki Ninja 14R.

This bike was first launched in 2006, and the same model was kept in the market till 2011, but in 2012, a new and better version was introduced after a few modifications. This sports bike is packed with a lot of features and tools to execute an excellent performance. This model is available in different colors, such as metallic spark black, pearl meteor gray, and emerald blazed green.

The appearance of the bike is strikingly noticeable. The framework of the body is called Aluminum monocoque, which was initially constructed by Kawasaki in the 1980s and has been evolved and used on other models as well. The monocoque framework is a hollow space containing parts of aluminum steel. The dedicated engineers of Kawasaki coined this monocoque design.

The dimensions of the Ninja ZX14R bike are given below.

The seats of this sports bike are comfortable even though they are a bit crouched in position.

The displacement of this sports bike is 1,441 cc. The curb weight is 269 kg/ 593.1 lb. The capacity of the fuel is a huge 5.8 gallons. The maximum power given is 197.3 bhp at 10,000 rpm. The brakes of this bike are the updated version. Two floating discs of 310 mm are put upwards by four-piston calipers paired with steel braided lines, which results in impeccable braking.

The engine of this bike has management technology. Some of the examples of this technology are given below.

The specifications regarding power are as follows:

Four throttle valves, a 1441 cc liquid-cooled engine, maximum torque is 116.5 lb-ft at 7,500 rpm, DOHC, and a 4-stroke engine is placed in the bike. The bore into stroke is 84.0 x 65.0 mm. The compression ratio is 12.3:1. The fuel system is DFI with four throttle bodies of 44 mm. The ignition type is TCBI with electronic advance Transmission 6-speed return shift.

Choices available in power modes aid in selecting the riding conditions and engine power delivery according to one’s preferences. Some of the different choices available are full power, low and middle power modes. Maximum power is restricted in the lower modes. The full mode might seem dangerous to some riders when the throttle is opened, but it feels satisfying around the bends. The long wheelbase and weight of the bike’s body do not slow down the performance. The riding of the bike feels light not only around corners but around fast direction transition and tight bends too. While riding in a straight line, it feels sturdy and solid.

Apart from these power modes, rider-selectable modes are also available to meet more of the rider’s preferences. For example, less intrusive modes regulate traction during the cornering process. This is done by increasing the acceleration by improving the forward drive through the rear wheels. Moreover, the innovative software of Kawasaki grounds it’s dynamic analysis on the orientation of the chassis, which helps in considering factors such as gradient and corners to adapt to such surroundings. Whereas in the more intrusive modes, slippery paths and bumpy roads are handled by reducing the engine output to regain the grip whenever the wheels turn excessively.

See the video of the review below:

The anti-lock brake system, which is abbreviated as “ABS,” checks the speed of the wheels continuously by using front and back wheel sensors. Whenever the information is given that a wheel has been locked, the ABS ECU instructs the pump in the ABS unit to initiate the brake fluid pressure so that the traction can be recovered until normal operation is regained. The perk of ABS is that it provides satisfaction to the rider.

The ABS, 3-level traction control, two riding modes, a slipper clutch, three power modes, and the showcasing of the important information like fuel efficiency and range on the LCD screen aids in the protection of the rider.

The price of the Kawasaki ZX14R lies between the range of 14-16 lakhs in Pakistani rupees. Like most touring bikes, it easily crosses the bumps and potholes and isn’t harsh nor crashes like some of the superbikes. This sports bike is comfort-oriented and has a skillful engine. The weight distribution on the bike is also excellent. Apart from the bike, certain accessories are also provided, such as a fairing trim, center stand, and a passenger grab handle, which makes the choice of purchasing this sports bike worthwhile.