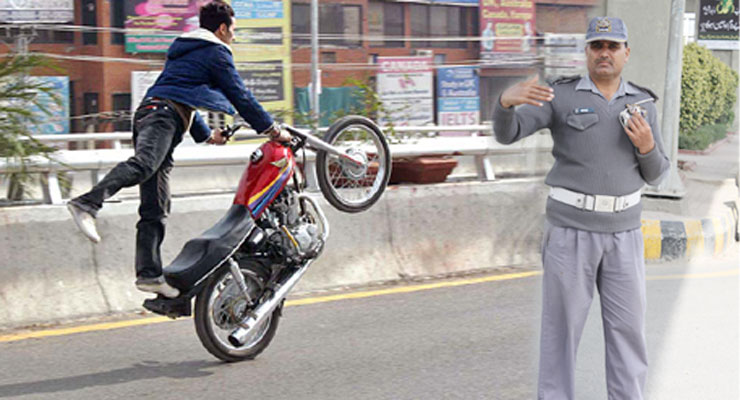 Lahore Traffic Police To Take Serious Action Against One Wheeling

In this regard, a special force of 22 patrolling officers will be appointed on important roads especially on Saturday, Sunday and other special occasions like Independence Day, New Year’s Eve etc. to capture one wheelers. Moreover, the CTO claimed that around 60 traffic wardens equipped with video cameras will be appointed on important boulevards to record the videos of one wheelers and disturbance creators.

Furthermore, the CTO directed to ensure the strict implementation of rules for the use of seat belt in cars. The orders of CTO are now operational and a 300 rupees challan ticket will be issued for violating this law. Although, laws for the use of seat belts were formulated for the entire road network of Pakistan but unfortunately this law was only being followed in Islamabad Capital territory.

Lets’ hope that the implementation of these laws can make a difference in cutting down the number of lives lost in road accidents.