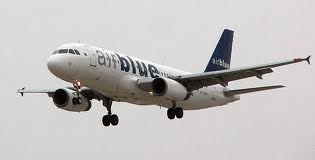 Aircrafts section completes any automotive enthusiast website, so it did for Pakwheels.com where Aircrafts are a essential part of our community. So for that matter, as the news of Air Blue crash spurred on, our hearts and mind gripped in fear and shock as chances of anyone surviving a crash are very low.

Today, Civil Aviation Authority released the transcript of the on-flight data recorder through which CAA concluded that the aircrew displayed a condescending behavior and their lack of good judgment and professional skills which led to the creation of an unsafe environment by themselves.

Following is an extract from the conversation between the captain and the FO made available in the CAA’s report.

8.28 At time 0438:01, although Captain said that he was going for NAV, yet the aircraft kept on flying on HDG mode. FO reminded “Okay Sir, but are you visual?” The Captain said “Visual Hein! OK”.

8.33 At 0439:58, the aircraft was five NM to the north of the aerodrome and the first EGPWS predictive “TERRAIN AHEAD” caution was recorded on the CVR. FO told the captain “this Sir higher ground has reached, Sir there is a terrain ahead, sir turn left”.

8.34 By now the Captain had become very jittery in his verbal communication and displayed frustration, confusion and anxiety resulting in further deterioration in his behaviour.

8.35 At 0440:10, tower controller asked the crew if they were visual with the airfield. The crew did not respond to the question, whereas, FO asked the Captain (on cockpit Mic) “Kia batauon Sir ?” (What should I tell him Sir?)

8.36 Immediately at 0440:16 on the insistence of Radar Controller, the Tower Controller asked the crew if they were visual with the ground. Captain and the FO responded to the controller “Airblue 202 visual with the ground”. FO again asked Captain “Sir terrain ahead is coming”. The Captain replied “Han ji, we are turning left” (Yes, we are turning left). Whereas aircraft was not turning, only the HDG bug was being rotated towards left. At the same time, two EGPWS predictive “TERRAIN AHEAD” cautions were recorded on the CVR.

The report concluded that: “Air blue crash has been finalised as a case of Controlled Flight into Terrain (CFIT), in which aircrew failed to display superior judgment and professional skills in a self-created unsafe environment. In their pursuit to land in inclement weather, they committed serious violations of procedures and breaches of flying discipline, which put the aircraft in an unsafe condition over dangerous terrain at low altitude.”

The complete report can be viewed here.