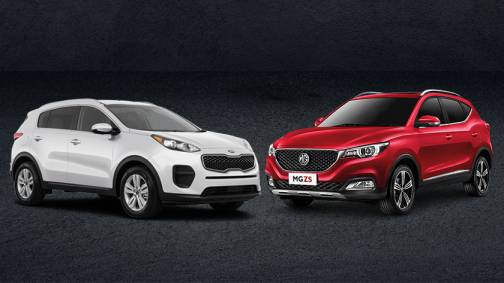 As MG ZS has just entered the Pakistani market, we are here to compare it with KIA Sportage Alpha. We are making this comparison because Alpha is the nearest SUV to ZS, in terms of price.

It is pertinent to mention that ZS being compared in this article is not electric one, rather it petrol variant by the company.  This article will compare the salient features, specs, and options of these two crossover compact SUVs.

MG ZS comes with 1490cc engine, which produces 113hp and 150Nm torque. Meanwhile, KIA has installed 1999cc engine in Alpha, generating 155hp and 196Nm torque. So, there is a clear dominance of Sportage Alpha.

Both SUVs come with Halogen Front Lamps, making both vehicles equal in this regard. Furthermore, both cars have 17-inch Alloy Rims.

On one hand, MG ZS has 6 airbags, while one the other hand, Alpha has only 2, meaning MG has manufactured way more safer SUV than vehicle by KIA.

If we come to the interior, we will find that MG ZS comes with an 8-inch infotainment touchscreen, while Alpha has a 7-inch screen. So, ZS has a bigger screen, which makes the driving experience more enjoyable and convenient.

Moreover, MG’s SUV  has Leather Seats, while Alpha has Fabric ones, giving a clear edge to MG’s SUV as its seats are chicer and give an executive look to the interior.

The MG ZS has Electronic Stability Program (ESP), while Alpha doesn’t offer this feature. It means that vehicle by MG  is safer and more stable vehicle because, in an emergency, the brake of the car holds all four-wheels, while maintaining the car’s balance. The feature is extremely handy on slippery roads, specifically. 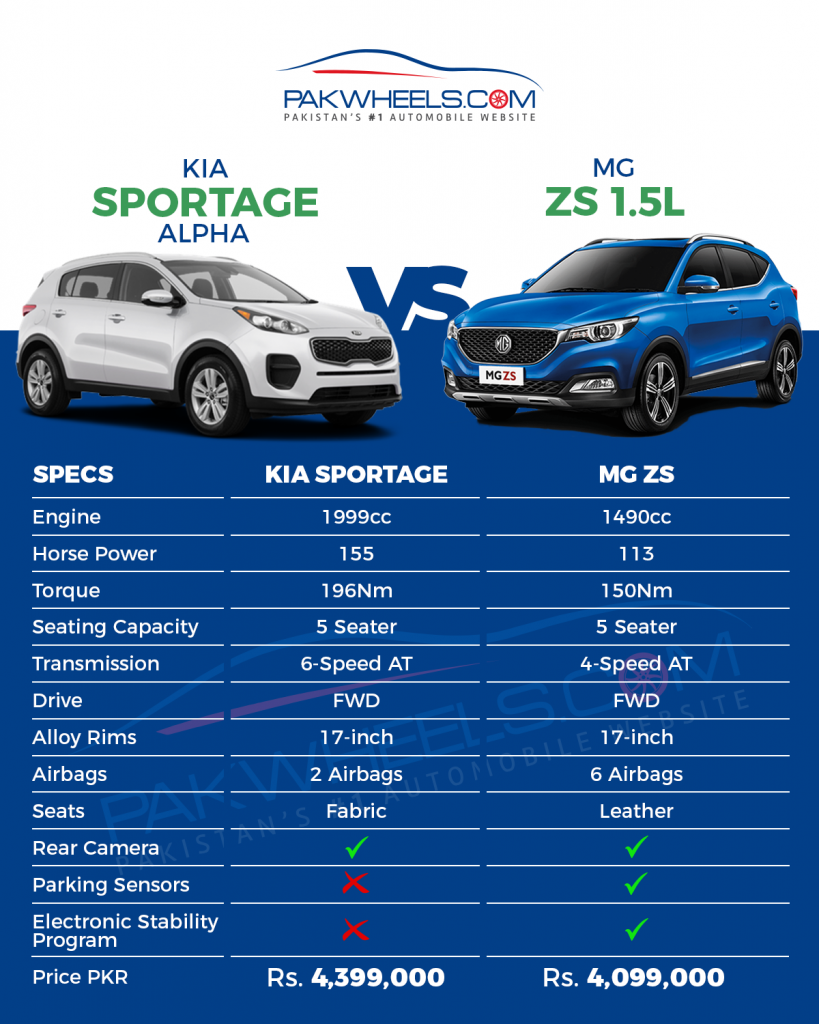 After Sportage, Fire in Tucson – Should it be Ignored?