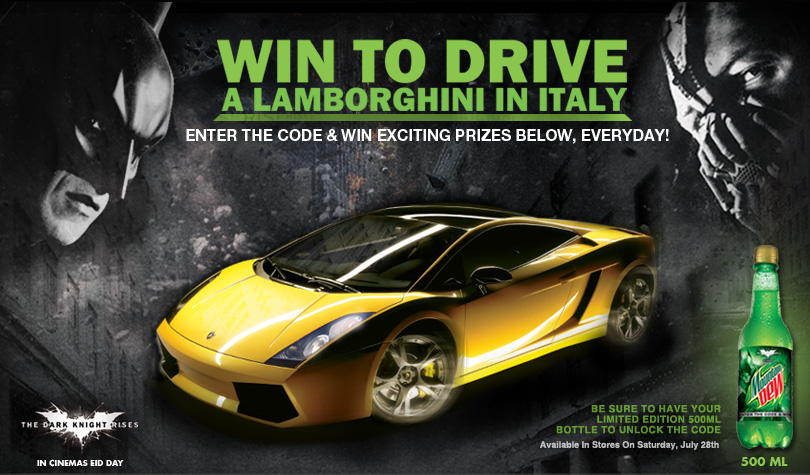 Mountain Dew Pakistan, the proud sponsor of Box Office leader in the past, Fast Five, not only accomplished in gathering a massive pool of fans of The Fast & The Furious series, but also was successful in maintaining all the users’ interests in engaging activities followed with eye-catching prizes.

This time, history repeats itself as Mountain Dew Pakistan, again proudly sponsors another Box Office leader – The Dark Knight Rises.  Having an outstanding response with its release in UK, US, Australia, Spain and 9 other countries, The Dark Knight has undoubtedly risen above the rest in the Box Office. Defeating all time leaders like Avatar & The Avengers, the fan response has truly helped The Dark Knight Rises make their mark in Box Office history.

And guess what, that’s not all! Activities for fans just like you have been set and scheduled to be conducted during and even after the premiere of the movie. Mountain Dew Pakistan has designed these campaigns to be such that fans get to relive the experience and maintain the era of The Dark Knight Rises even after seeing the movie.

So sip your Dew and stay tuned to the Facebook page (www.facebook.com/mountaindewpk) folks, because we’re sure you do NOT want to miss out on all these exciting prizes!