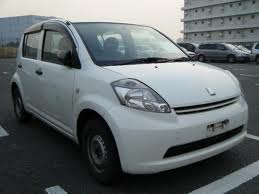 The National Assembly Standing Committee on Finance and Revenue had said that the recent action taken by Economic Coordination Committee (ECC) on Deputy Prime Minister’s call to reduce the age of imported cars was ‘non-transparent’.

The body took interest in the matter as they sought that no study was made before making the decision to reduce the age of import of cars. The Ministry of Commerce also opposed the decision as it had suggested to have a “deep sector-specific study” be done to verify the claim of auto assemblers before any decision was taken.

The committee asked the commerce ministry “not to issue statutory regulatory order (for reduction in the limit from five to three years for used imported cars as decided by the ECC) unless two studies by the National Tariff Commission (NTC) and Competition Commission of Pakistan (CCP) are completed”.

In a hastily-called meeting on a public holiday in Islamabad, headed by Finance Minister Dr Abdul Hafeez Shaikh, the ECC had reduced the age-limit for imported cars from five to three years.

“The fresh policy is non-transparent, dubious and a result of underhanded deals and connivance between the Ministry of Industries and car assemblers,” Khawaja Sohail Ahmad alleged while recording the committee’s recommendations.

“The inefficient and non-competitive car assembling companies were making windfall profits due to their settings with federal ministers, as these assemblers cannot even compete with used cars [sic],” committee member Rasheed Godil observed.

Moreover, the committee also said that they have honored the ‘Deletion Policy’ of the government under which, the local assemblers had to achieve 100% localization within 25 years.

The members said the local car industry should not be described as manufacturers because they imported over 60 per cent of the components and hence could at best be called assemblers who had monopolized the market despite the fact that they were required to achieve 100 per cent local manufacturing by 2005.

The car assemblers, they alleged, were fleecing and robbing the consumer almost at gunpoint by charging 100 per cent advance payment for delivery after up to four months. “They collect money free of cost, without any mark-up and charge premiums on delivery,” a member said.

“They do not make any investment, market substandard vehicles and earn profit,” another said.

“Even five-year-old imported cars are much better in quality and standard than brand new locally assembled cars.”

Few members said that the assemblers and vendors imported raw material and part at just 5 to 24 % duties for assembling of cars but utilized the facility for marketing spare parts in violation of rules despite the fact that importers of only spare parts were subjected to 65-100 per cent import duties.

MNA, Shahnaz Wazirali said that decisions and policies were made without any studies and on assumptions in haste, whose results were always against the interest of the consumers.

CNG will only be available to 1000cc cars and public transport