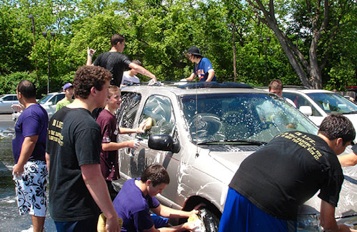 However, NASA has figured out a way to avoid this apparent obstruction in their way to going into space by washing cars and bake sale.

The point although by arranging this National Planetary Exploration Car Wash and Bake Sale is to make aware the American congress that they’re going to help them generate budget for space and planet exploration.

For that NASA’s scientists have already set foot in their kitchens to bake delicious earthly dishes probably shaped like mars with icing of stars and chocolate spreading like milky way however, don’t expect that a bunch of scientists would be anything like a car wash you’ve seen in movies.