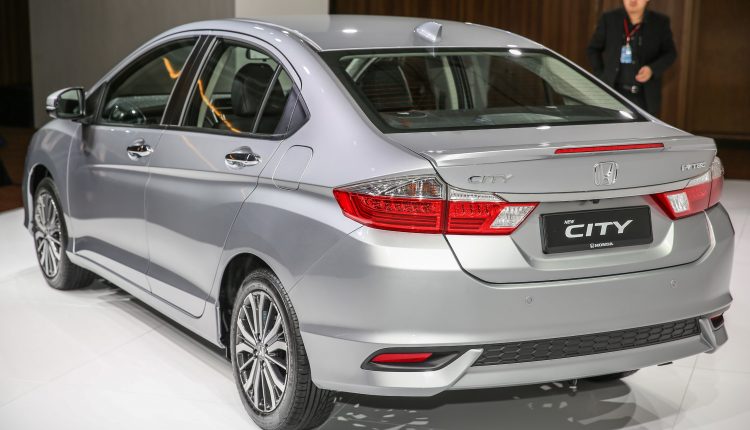 The wait is over! The new Honda City is finally here! After a lot of teasers and shots in the dark, it had already been confirmed that Honda is not launching the latest 7th generation City in Pakistan.  Once the public was sure about the 6th generation of Honda City, the next big questions were what engine options the car will have and in what prices. Today, the company has put a pin on the variants and their prices.

Pakistan’s affordable sedan segment is getting more and more populated. That means more choices for the consumers and tough competition for the car manufacturers. The new Honda City is here to compete with Toyota’s golden egg laying goose, Yaris, Changan’s one and only player, Alsvin, and Proton’s star sedan, Saga. Let’s see how the new City does in this heat.

There is still no news about the official prices of these variants. However, the company has invited the public to get an advance booking for the standard City variant for Rs. 1 Million and the Aspire variants for Rs. 1.2 Million. Bookings start from the 17th of May.

Note: Please don’t handover your hard-earned money to anyone asking for “PRE-BOOKING ” even if they are a representative/employee of a dealership taking booking in the company’s name . Don’t book a vehicle which is not officially revealed or released by the car company [ Honda Atlas in this case ]. After the official release, do not book until you see it, experience it, and test drive it at the dealership.

“United Alpha is Totally Worth the Money” – Owner’s Review

Punjab Govt Is Replacing All Metro Buses In Lahore