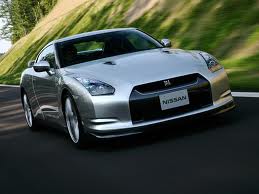 Next Nissan GT-R may not come at all

The whole global economy is in shambles and even worse, the European automotive industry is even in a greater a trouble but if you’re wondering why am I telling you this than as you may already know, that VW, loses money on every Bugatti Veyron they make in order to establish the brand, Mistubishi is loosing money everywhere and its only selling 3,000 per year and there was strong opposition, from within Toyota when Toyota’s President, Akio Toyoda gave the green light to the LF-A project.

So these flagship cars of the brands are costing them money, to build and to produce but while we admit that we didn’t thought the GT-R would have to share the same boat as its prices were rising steadily, it looks to be in trouble as well.

The current GT-R, code-named R35 has been with us for quite a while now and has been subjected a lot of expensive supercars to embarrasement but it was thought to be replaced by a successor code-named R36, set to come in 2014 but it seems that it won’t be able to arrive by then since work hasn’t even begin on the R36 yet.

According to Inside Line, one of the reasons for this is that the R35’s chief engineer Kazutoshi Mizuno retired from his work at Nissan. Of course, developing a car which shows demolishes other more expensive supercars isn’t a job that everyone can do.

Moreover, Nissan’s CEO Carlos Ghosn has yet to give the R36 project the financial backing it needs to start. Just like Ford is too busy making electric car to develop a replacement for the Focus RS, so Nissan is as well focusing on its electric vehicles. But that is although a speculation but so it seems that the Godzilla, may have been killed off for the EVs.

Although we’re as much worried as you are, but still, the gap between the Skyline and the R35 GT-R was quite long and if the fruit of patience was the GT-R, than I am willing to wait a little while for the next GT-R.