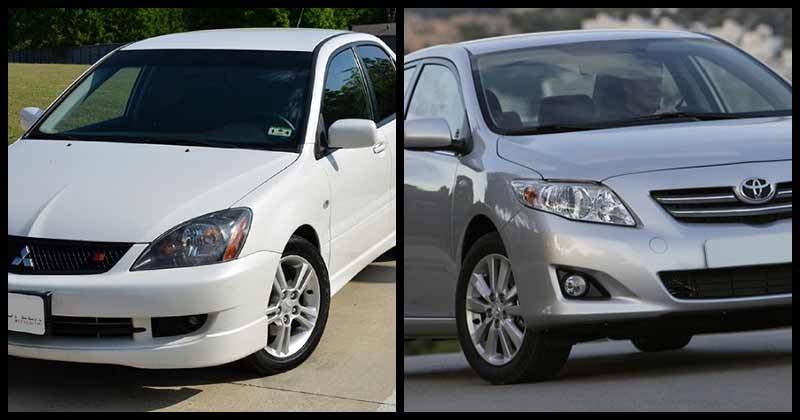 The Opportunity Costs of Buying a Market Car

Opportunity cost is defined as the cost of an alternative that must be forgone in order to pursue a certain action. Put another way, the benefits you could have received by taking an alternative action.

One of the basic questions that arises before buying a car is deciding which specific one to go for, and among all the factors that are considered for reaching a conclusion, the one that is given the most weightage in our land is the market value while giving little or no importance to other areas.

What does the market value of anything mean? The price that most people in the market are ready to pay for it, which might not have much to do with the actual benefits the product is able to offer compared to the same products which are valued less by most people, and more to do with the “perceived” benefits by public at large. But what is stopping you to take advantage of this situation and picking something that offers you the maximum benefits while people keep paying more for less, solely because others who do not even ponder over other factors are doing the same?

The whole logic behind buying a market car revolves around one thing, that is, perceived monetary benefits, whereas many financial aspects are not even considered where it actually might not be the best decision even from this specific angle. The only rhetoric we keep hearing endlessly is that they sell faster, well how often does one have to sell a car compared to the time spent driving it, striving to keep it safe or having less features to enjoy during the whole course of ownership? The various aspects that are not considered while buying a market car are mentioned below:

1. You pay more for less. For example, for getting a sedan which is valued higher in the market as compared to another which is not, you would generally end up paying around 3-4 lacs more under the pretext that it would sell at a higher price. So you have your money stuck throughout the entire ownership period for no added benefit coming out of this blocked fund.

2. The probability of a market car being stolen is so high that it is not even comparable to an out of market one, so why not to opt for some peace of mind instead of sleepless nights whenever a car is stolen from your area which was similar as yours, or you are out for having a good time and spend most of it looking after the thing you came on. Have you ever noticed the guests who keep going towards the gate in order to listen to the sound of a car alarm after pressing the butto ? Great hobby, isn’t it?

3. In case of a major accident, the price of both types of cars would fall drastically. Since buying a market car involves a greater sum of money, you actually have much more to lose in the end as the option you thought would attract more buyers suddenly became a bad choice for the same type of people. Even in case of less extreme cases, for example, losing original documents, the resale would dip and all the sacrifices you made to buy the inferior product would go to waste.

4. Genuine spares of no car come cheap; since the variety of qualities available for the same part for market cars is huge, your chances of tracing an actual good one are pretty slim given that dealers almost never tell the truth. On the other hand the low quality part manufacturers have not much to gain by fabricating parts of cars that sell less, so you end with mostly genuine spares if you own an out of market car. This although looks like it costs more but with a better operational and service life, it indeed is a better and safer investment.

5. In the used spare market where we end up when facing complete engine swap or replacing body parts etc., the demand for parts of market cars is really high while the supply is hardly able to catch up hence higher prices. The same parts for out of market cars can be found at much cheaper rates although this trend is seen more for mechanical and less for body parts. Try searching the salvage markets for the price of an engine from a Mehran, Khyber, or a Corolla, and then compare it with those for an Optra, Lancer, or a Sunny. You might be astonished at what you discover, several times the price for the same thing, in fact mostly inferior. But for what added benefit, might I ask?

6. Generally the out of market cars offer much more features comparatively, for example, if you opt for a Lancer instead of a Corolla, you can fetch a clean 1.6 litre top of the line model in a price you cannot grab a decent 1.3 litre Corolla of the same year and comparable condition. The latter would have much lower built quality, fewer features, less power, shorter trouble free service life and a driving experience not at all comparable to the counterpart and still costs a lot more. Value for money?

7. In the end, a car is a machine and you never know what shape the market conditions would take by the time you decide to sell it. Some cars that cost a lot less when they enter our local markets shoot up in price later on when some acceptance is shown by the masses like in the case of the Toyota Vitz.

Instead of hoping that your car would give you profits, get the best machine that provides the maximum utility with a reasonable risk factor. This does not mean that you buy something that has no spare availability and is seen nowhere e.g. a Ford or a Renault. There are reasonable alternatives available to the handful of market cars that we keep buying blindly without considering the competition. Our buyer market has seen some evolution recently and people are realizing that they have been getting so much less in the same amount of money they could have used to grasp a much better machine.

The results of this adaptation is that now we have a decent list of options to consider when buying a car, and competition leads to better products for the customer so all of us are the real beneficiaries of this trend. Let us hope our people get over the phobia of re-sale and start enjoying the driving experience of better machines than what has been imposed upon them for ages, that is, decades old designs with obsolete technology at sky rocketing prices.

So please think before you act, this would lead to better cars for you and favorable conditions for everyone else while forcing the local assemblers to offer improved products. Although our markets have moved from the strict “chitti od” (white 2.OD corolla which was the default choice for anyone who had access to a good sum of money) mentality, we need much more realization before assemblers of market cars are pushed to offer basic features such as airbags and in case of a Mehran , a brake servo unit and maybe no more leaf springs; although just thinking that we buy something without such basic necessities is downright ridiculous. Experience the driving pleasure that the better machines have to offer, it’s your right.