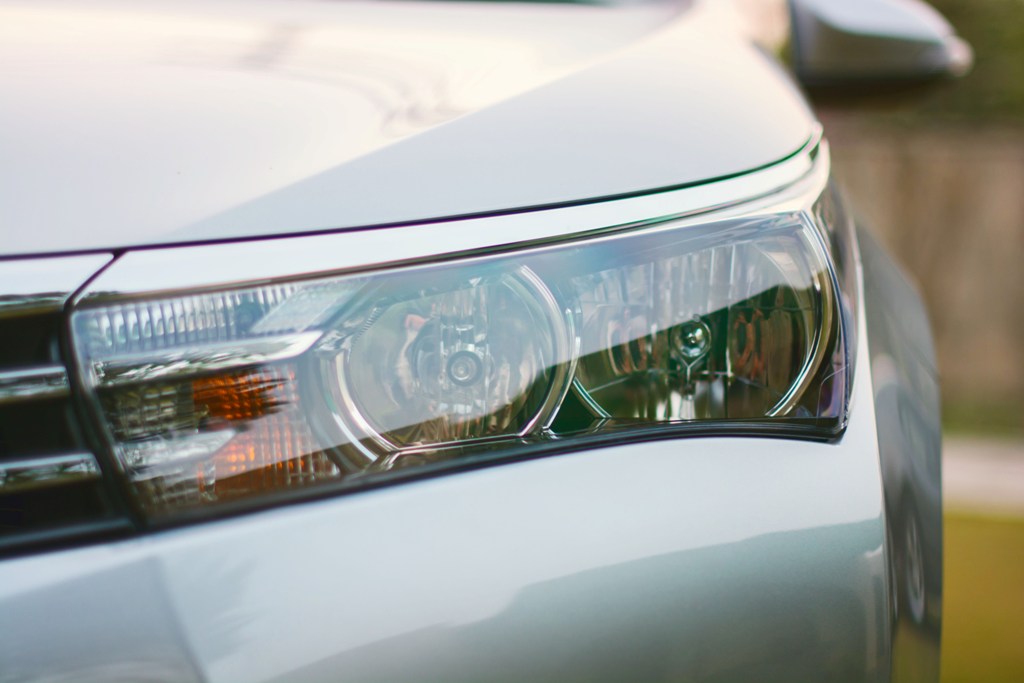 The Toyota Corolla 2014 was the most awaited car of this year. The internet was full of Corolla photo’s from around the globe and everyone was confused what Toyota Indus had to offer to the Pakistani market. Gradually, the time came closer and news from many sources started leaking until the day it was finally confirmed and launched.

No doubt, Toyota stunned the automobile community with its latest Corolla. Classy exterior, a totally changed and rather unconventional interior with many add-ons for the flagship variant. The engine choice, well, they couldn’t change that due to the current consumer preferences, so they remained the same. The 1.3, 1.6 and 1.8, all are offered in both manual and automatic transmission. However, the flagship came with a choice of 6 speed manual or a 7 speed automatic CVT-i transmission with paddle shifters.

I, like all the other car freaks out there, was impatient to sit inside and drive one, so I went to my local Toyota Dealership to test drive the car. Well, this might be a coincidence but it was that time of the decade when we had to change our family car because the old one had given up on us and we had to do it fast. So, just a quick sit in and a little drive, and I chose the Altis Grande 6 speed version in Medium Silver color as our next car for a few years. This review then, is not from any dealership Altis, but of my own car which has now done 2700 kilometers at the time of driving this review. I hereby solemnly swear that the review won’t be biased just because I’ve spent 2.2 million rupees on the car.

The exterior is different. Despite having the essence from the previous Corolla, it is an overall good looking car and the majority agrees to it. The front design is splendid. I just love the way the chrome garnish matches with the headlights. It seems like they are a single piece. The rear, being entirely different looks gorgeous and fulfills the requirements of a modern sedan. The only ONE serious matter with which Toyota went full bonkers is the ride height.

So, despite the height issue, It’s safe to say that this corolla is one of the best-looking cars available in the local market today.

The moment you get in the car, you see door panels inspired from the Toyota Land Cruiser 200 and the closer you look, you feel good from the inside. You put the key in the ignition and that’s where you feel bad. The keys won’t fit in the first time. It feels like you’re putting the wrong key but then, it suddenly fits. You turn the switch; the car welcomes you and starts. The cabin is very quiet; the outside noises are very low. That means a very fine fitting of the noise reduction items which include the door rubbers.

The quality of the plastic is average. In my car, it looked good for a few days but then it started turning a bit white which meant it had to be treated with interior plastic conditioners. The leather on the seats is just fine. Not too good. The overall feel is good. Better than the old versions.

The Toyota Prado inspired speedometer is lovely. The details given are also very impressive. You can choose between the average consumption display and the cruising range. It also displays warning messages like if the moonroof is left open when the ignition is turned off.

Coming to the in-car entertainment system, it is an Android powered multimedia system which supports USB, MMC, WiFi, Bluetooth, and Aux. It powers a 4 speaker system which actually is not good at all. No audiophile would want to hear them playing music for the second time and get them replaced as soon as possible. The Android system actually is a generic Chinese Android tablet fitted in the dash of the car. I’ve downloaded and installed all the basic games like Angry Birds, Temple Run and apps like Facebook, Skype, etc.

The audio controls on the steering have the option of volume control, track seek and mute or hold and answer a call, if you’ve connected your phone. Not too much but in a PKDM, something is better than nothing. The entertainment system is touch controlled with shortcut’s on the dash as well, but the touch isn’t quite impressive and very hard to use while you are driving. There is a remote controller as well. The only perfect feature is the Sygic navigation system which has very detailed maps for Pakistan.

The rear leg space is also far better than the previous one. Despite looking smaller in size than the older version, the latest Corolla is more spacious from the inside. Also, the rear seats can be reclined to make more storage space in the boot.

The interior is very well lit. There are a total of 7 interior lights which includes 2 for the driver and passenger side vanity mirrors, 2 front spot light, 2 in the rear and one in the middle which operates with the door locking and ignition.

The 1.8 engine is pretty quick, but it lacks low-end torque. The mid and high ranges are quite impressive. The acceleration is good, just floor the pedal and the car would keep on accelerating until you want it to, without any embarrassment. Toyota Corolla and its brakes are notorious, but the brakes on the Toyota Corolla 2014 are pretty good as they come equipped with ABS and EBD. They are a little scary if used at high speeds due to the ride height. The rear end actually feels like lifting off the ground whilst braking hard. Same is the issue with turning the car at a high speed.

All of this is because of the higher centre of gravity (Physics 101) . The car gets highly unstable at speeds exceeding 120 km/h. The driver can easily feel the instability aka ‘bubbling’. It’s partially because of the truck height it has and partially because of the very poor tyres it comes equipped with. So, it’s safe to say that the driver feels uncomfortable after exceeding the highway speed limit. Now, many of the people would be saying that this is not an issue because it is not a racecar and why drive it fast, but that’s not the point here. A car should be stable at all speeds it is capable of attaining.The fuel consumption of this car is like all the other 1.8 manuals in urban areas. There’s no such road here which allows you to shift to the 6

The fuel consumption of this car is like all the other 1.8 manual cars in urban areas. It can give you a mileage of 12-13 km/l easily. There is no such road here which allows you to shift to the 6th gear, so that gear is dedicated to the highway drives. That is where the car would unleash its mileage potential. The maximum I’ve achieved yet is 16 km/l on the Motorway (M2). I have a relatively heavy foot so those with light foot on the pedal, there’s good news. It can give more than that if driven gently.

The clutch release is very soft and gentle, though it took me days to get used to it. The steering wheel is very light and responsive, I just love the way it turns so easily but I don’t like the way it vibrates at higher speeds. Half of the instability and vibration problems can be solved by getting the tires changed to some decent brand such as Yokohama or Dunlop.

My verdict, on the Altis Grande manual is clear. I prefer it above the the traditional rival, the Honda Civic. It’s not just because that it is the latest good looking car, but, it’s because the fact that the Toyota Corolla is a tough car. Having a lot of relatives in rural areas means frequent visits to those places and Corolla is the perfect car for bumpy and uneven roads. In urban areas, the car fits in the environment. This particular model has changed the peoples’ view of Corolla being the ultimate ‘rent a car’, even though it still is one. So, if you’re looking for a tough and reliable car without compromising upon your image or status, then the Altis Grande is the car for you.

4 Tips on Maintaining Cars in Karachi