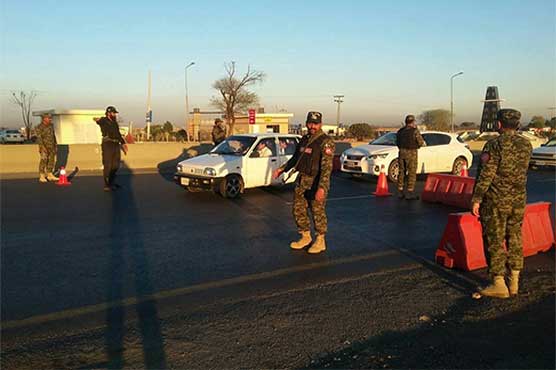 As we all know that the armed forces of Pakistan have recently launched an all-out operation to counter the insurgency across the country, named Radd-ul-Fasaad. According to ISPR (Inter-Services Public Relations), combined check posts of Punjab Rangers, Pakistan Army, and Police have been set up on Motorway M1, M2 and other major road infrastructures in the context of this operation. ISPR has said that the purpose of these checkpoints is made to increase security monitoring.

According to various sources and reports, more than 235 suspects have been arrested from different cities since the inception of this operation, which has gained intensity in its momentum after a sudden uprise of terrorist activities in Pakistan especially, Lahore. Additionally, 15 suspects have been detained by the security forces from Rawalpindi in a combing operation and more than 215 have been arrested from Lahore, Kasur, Pindi Bhattian, Vehari, Kundian, Dera Ghazi Khan and Layyah. Weapons, narcotics, and ammunition are being recovered in large quantities from all over the country in this crackdown. In addition to this, the law enforcement agencies have been issued strict orders to keep law & order on the roads.

Government Approves Yet Another Price Hike in Petroleum Prices

Here’s How You Can Identify an Accidented Car!