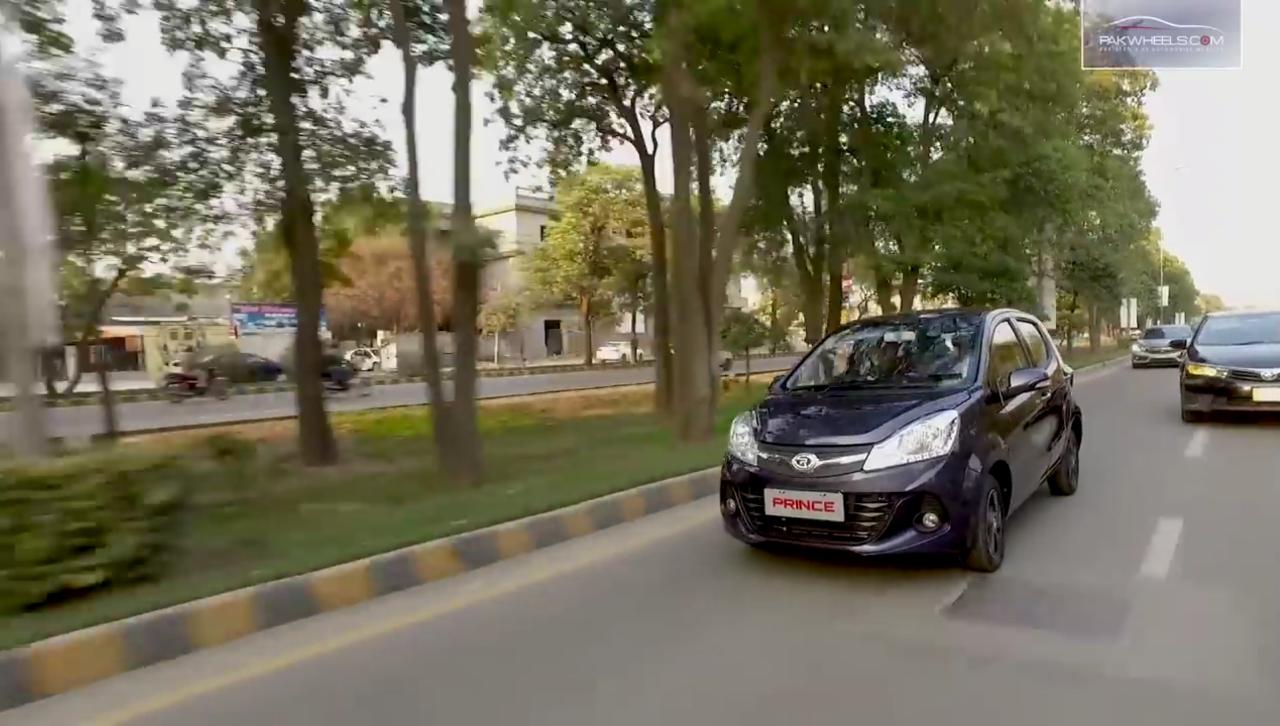 Regal Automobiles finally launched its most anticipated entry-level 800 cc hatchback Prince Pearl in the local market on 31st January 2020 at a launch event held in Lahore.

The entry of Prince Pearl in the budget car segment is undoubtedly a welcome addition to the local auto sector of Pakistan. Not much could be talked about the newly launched hatchback at this moment as it has just arrived in the market. However, due to the high demand of a lot of viewers, PakWheels has come up with a first look review of Prince Pearl that will give you some idea about the hatchback that has just hit the roads. Any detailed verdict about it could only be given after the car has been driven for at least 3000 km on the road. For now, let’s have a quick look at the features and build quality of Prince Pearl as it appears in its first look.

The newly launched Prince Pearl is a much better unit as compared to the expectations of the people. The hatchback, being a Chinese product, was considered as a below-par quality unit, but it’s not the case. Its interior is quite impressive primarily due to the addition of several frills by the automaker, such as the use of the wooden trim across the dashboard, doors, and steering wheel. Generally, such a category of vehicles is not expected to be equipped with these things. All four windows of the hatchback are powered, which is also exciting to know since the auto sector of Pakistan still has several cars that lack this particular feature.

As an example, Suzuki Wagon R still comes with front power windows and manually operated rear windows. Moreover, the steering wheel of Prince Pearl also has a unique shape that differs from the conventional steering wheels of this segment of cars. The build quality of the interior of the hatchback is also quite impressive. The plastic material used in the cabin is certainly of good quality. It has a digital speedometer along with the indications of fuel level and heat, which could have been improved by the auto manufacturer in terms of quality. The infotainment system is also not as bad as far as cars in this segment are concerned. Slide to view pictures: 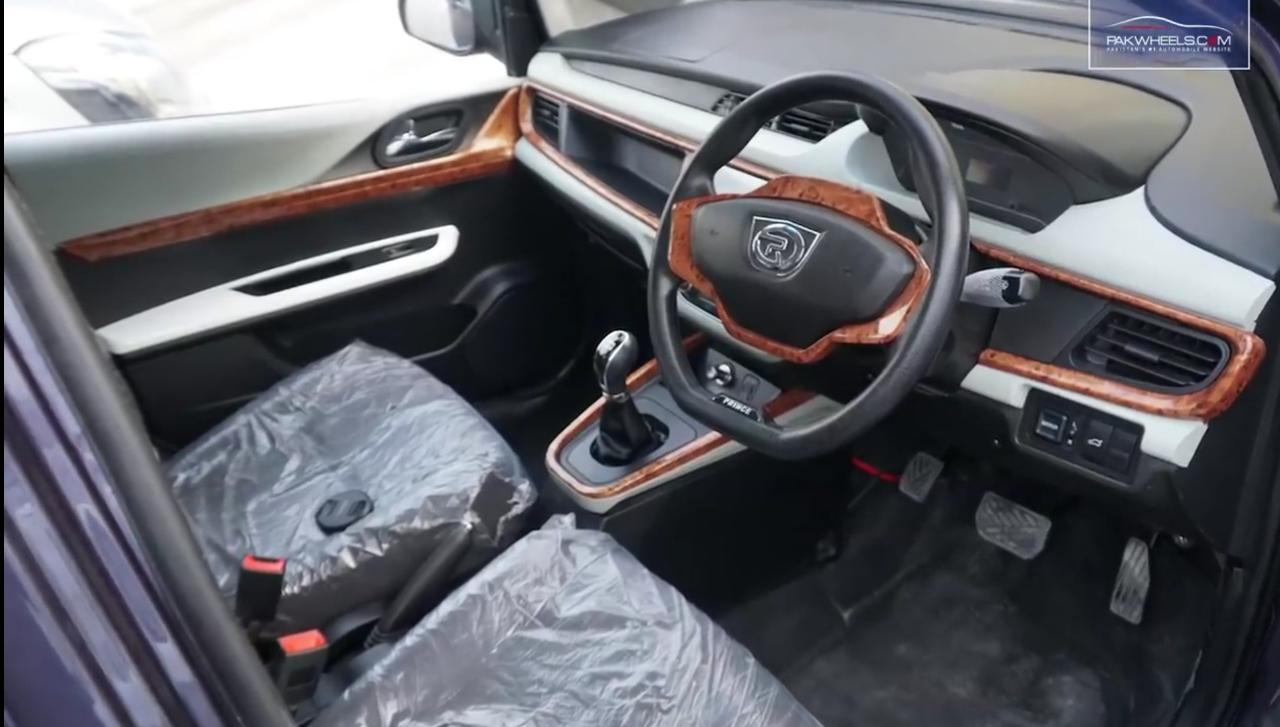 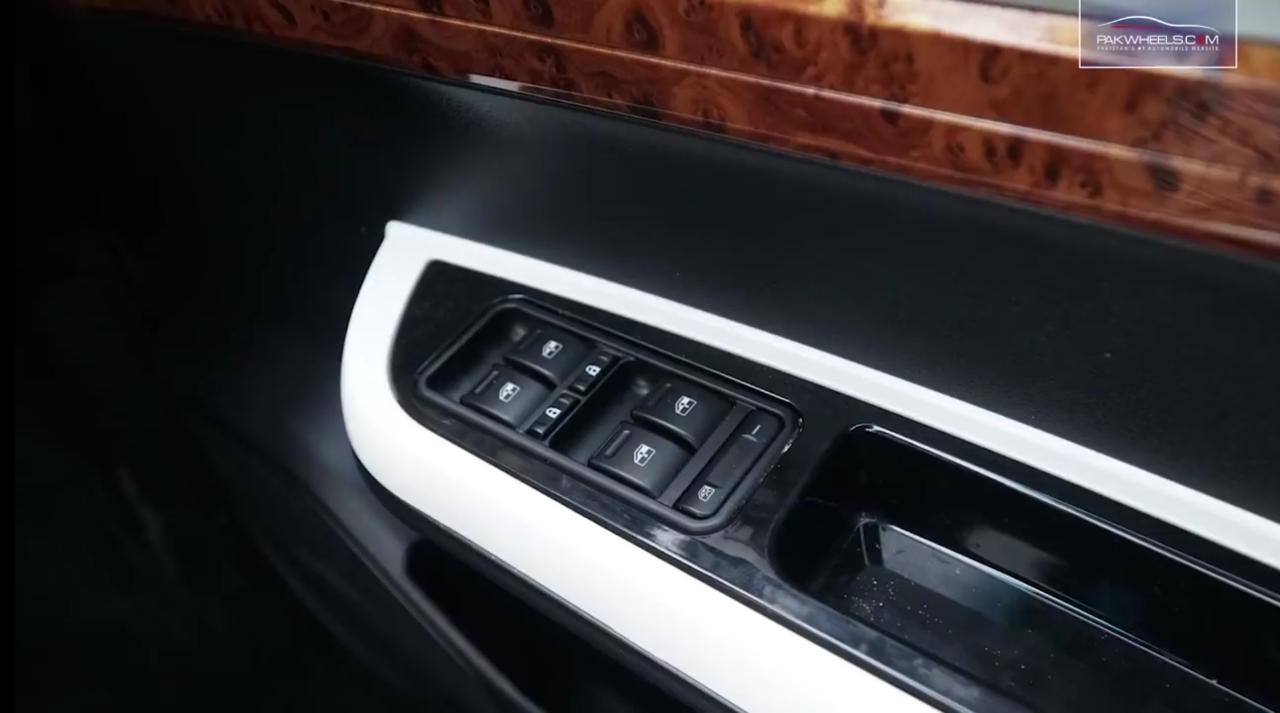 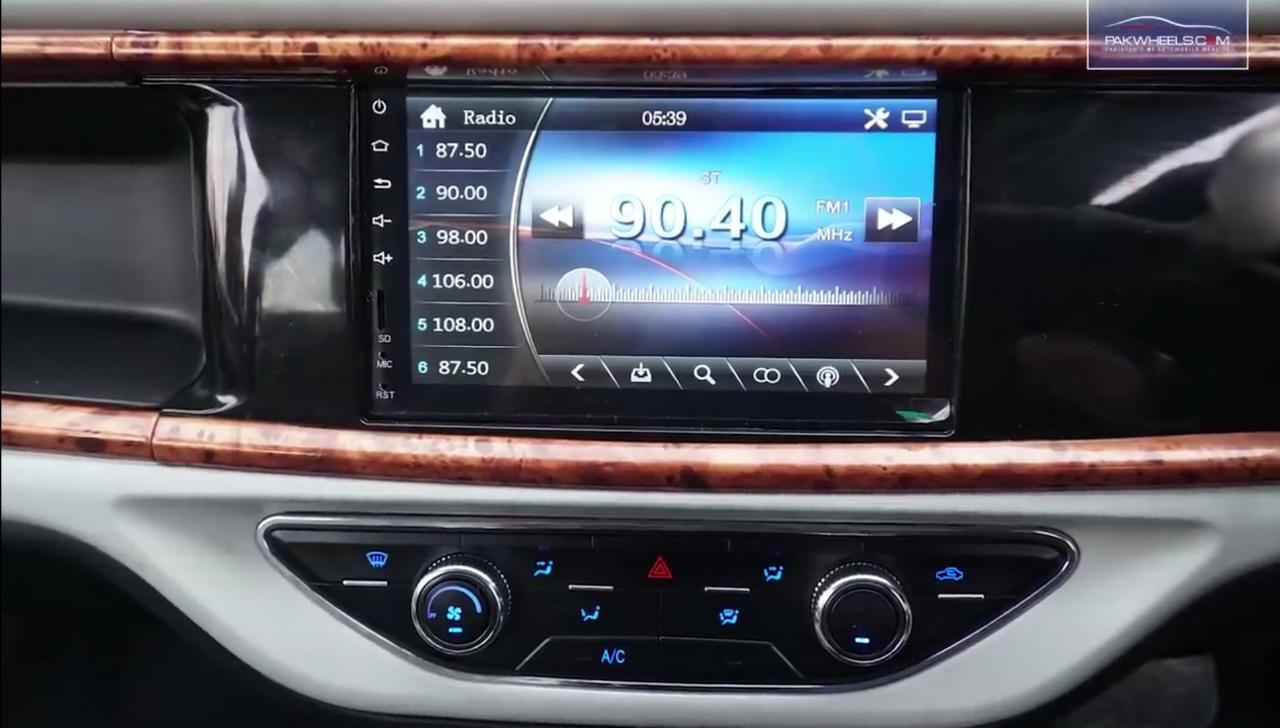 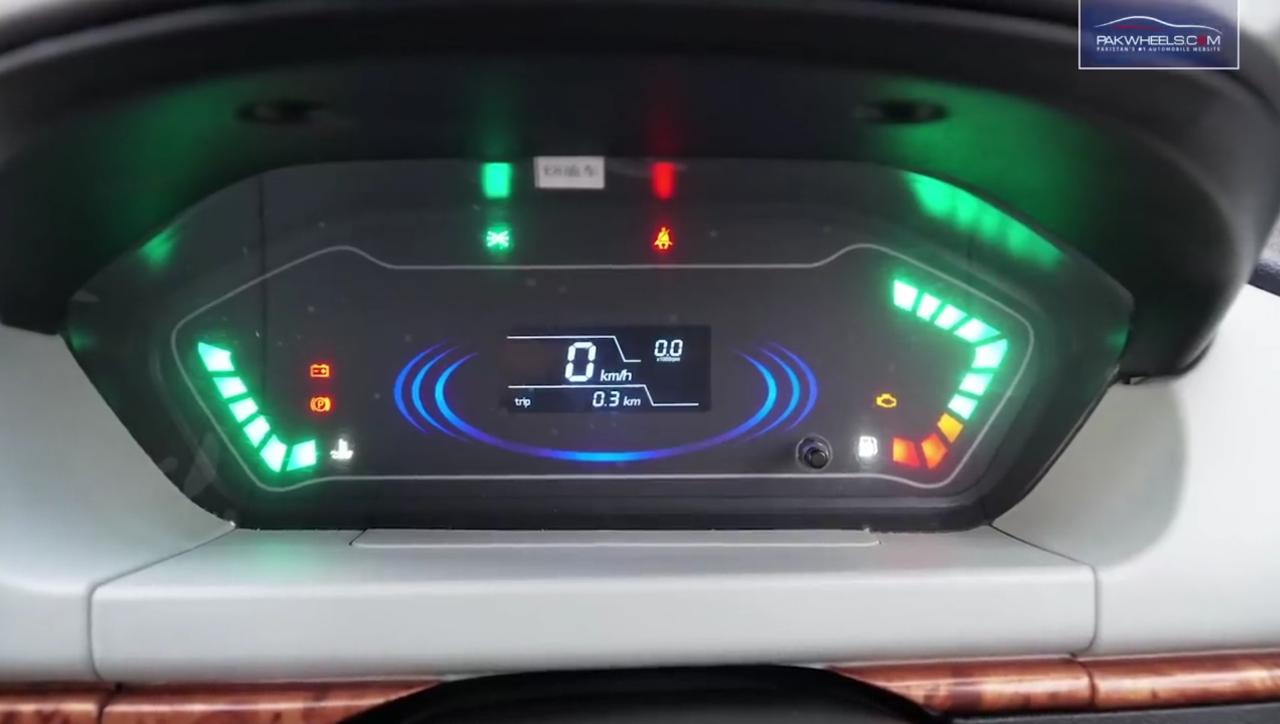 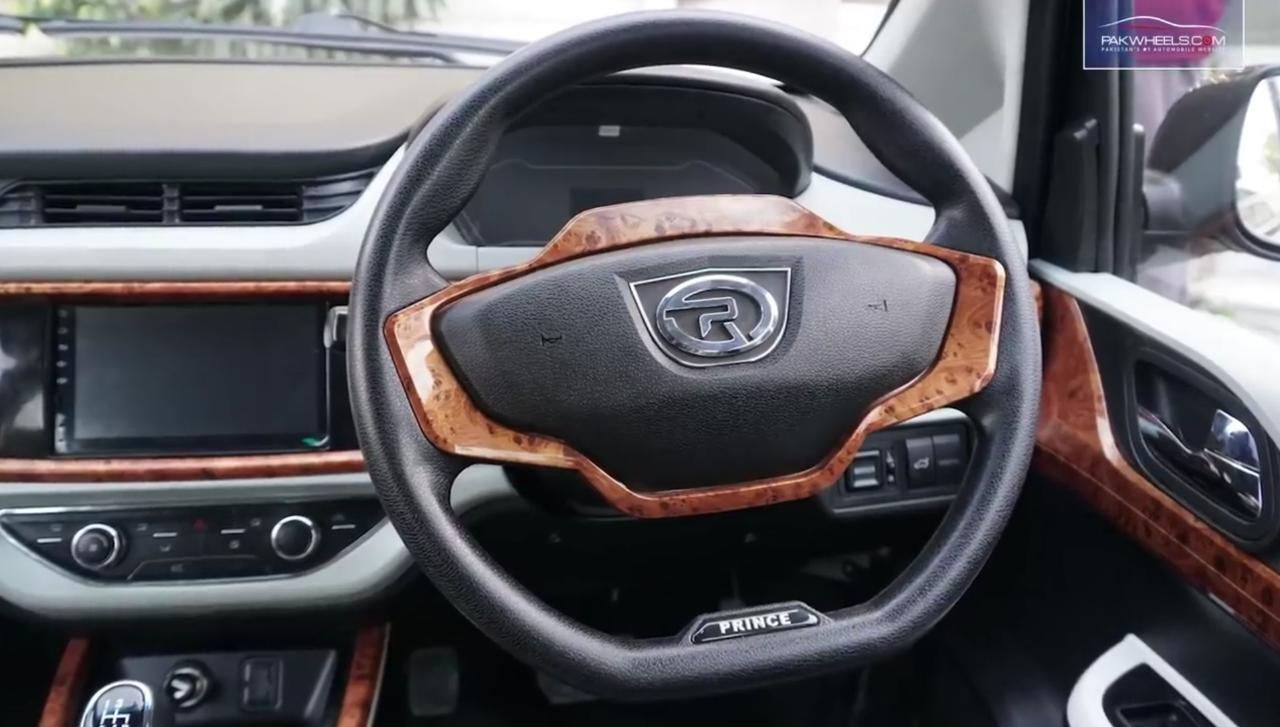 One of the most asked questions by the people; is the working of the air conditioning system of the hatchback. During winters, no final verdict could be given regarding its AC and could only be analyzed in the summers. In terms of comfort, Prince Pearl is equipped with nicely cushioned comfortable seats and offers a good seating posture while driving. Another positive prospect in the hatchback is its placement of gear lever.

Generally, it’s provided as a stand-alone unit in the cars of this category, but the automaker has smartly synchronized it as a part of the dashboard. In terms of soundproofing, the noise of the engine in the cabin of the hatchback is a little more and could have been improved. Perhaps it’s not that much of a concern since cars of this segment usually produce this amount of noise inside.

See the first look video review of Prince Pearl below:

PakWheels also already brought you a walk around of the hatchback before. Prince Pearl has an attractive outlook as it’s based on a modern design language. However, the exterior is not of too much concern in this segment of cars for the people. There is also a very narrow margin of designing in a hatchback. Still, the automaker has provided features like alloy wheels and fog lamps, which are generally missing in entry-level hatchbacks. 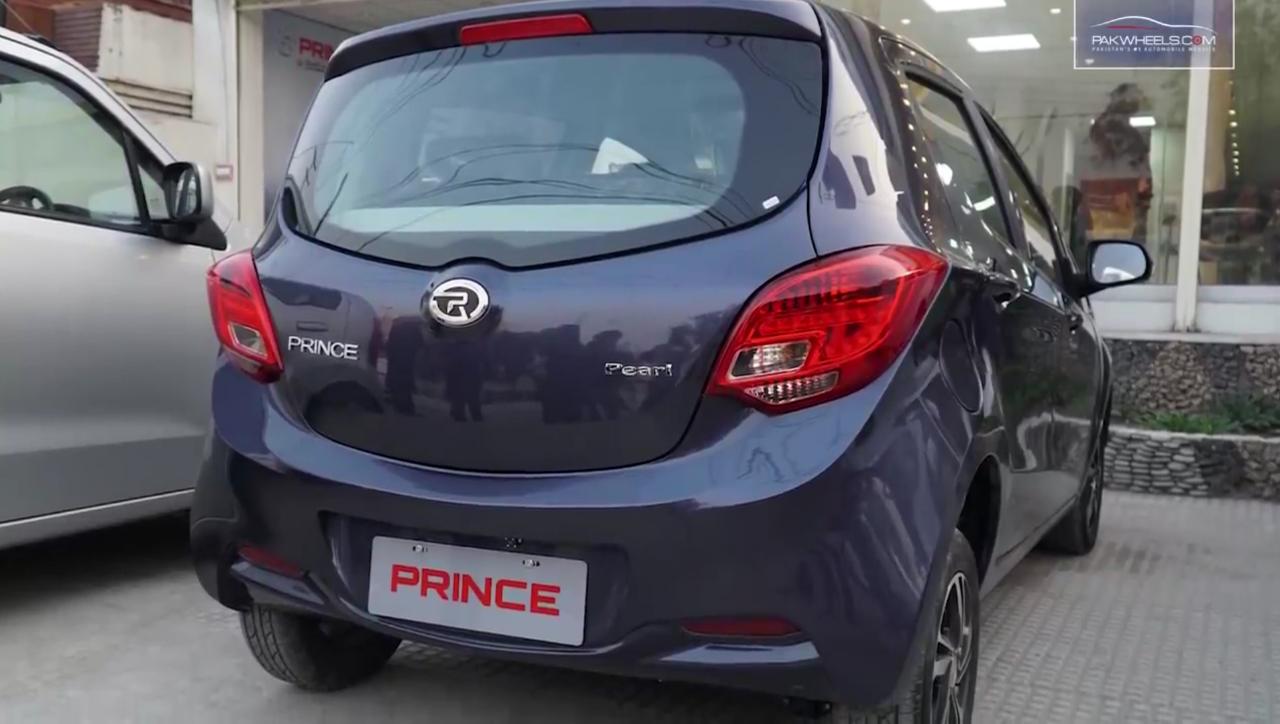 Regal Automobiles launched Prince Pearl at an ex-factory price of PKR 1,049,000. If you want to check the on-road price of the vehicle in your respective cities, use the PakWheels on-road price calculator to have a fair idea of the registration price and other taxes. The booking time of Prince Pearl is currently 3 months and can be booked by paying PKR 350,000 in the shape of pay order or demand draft.

To know more about the features and specifications of Prince Pearl, go to the new car section of PakWheels. That’s it from our side for now. Stay tuned for a detailed review of the 800 cc hatchback. Drop your thoughts in the comments space below.