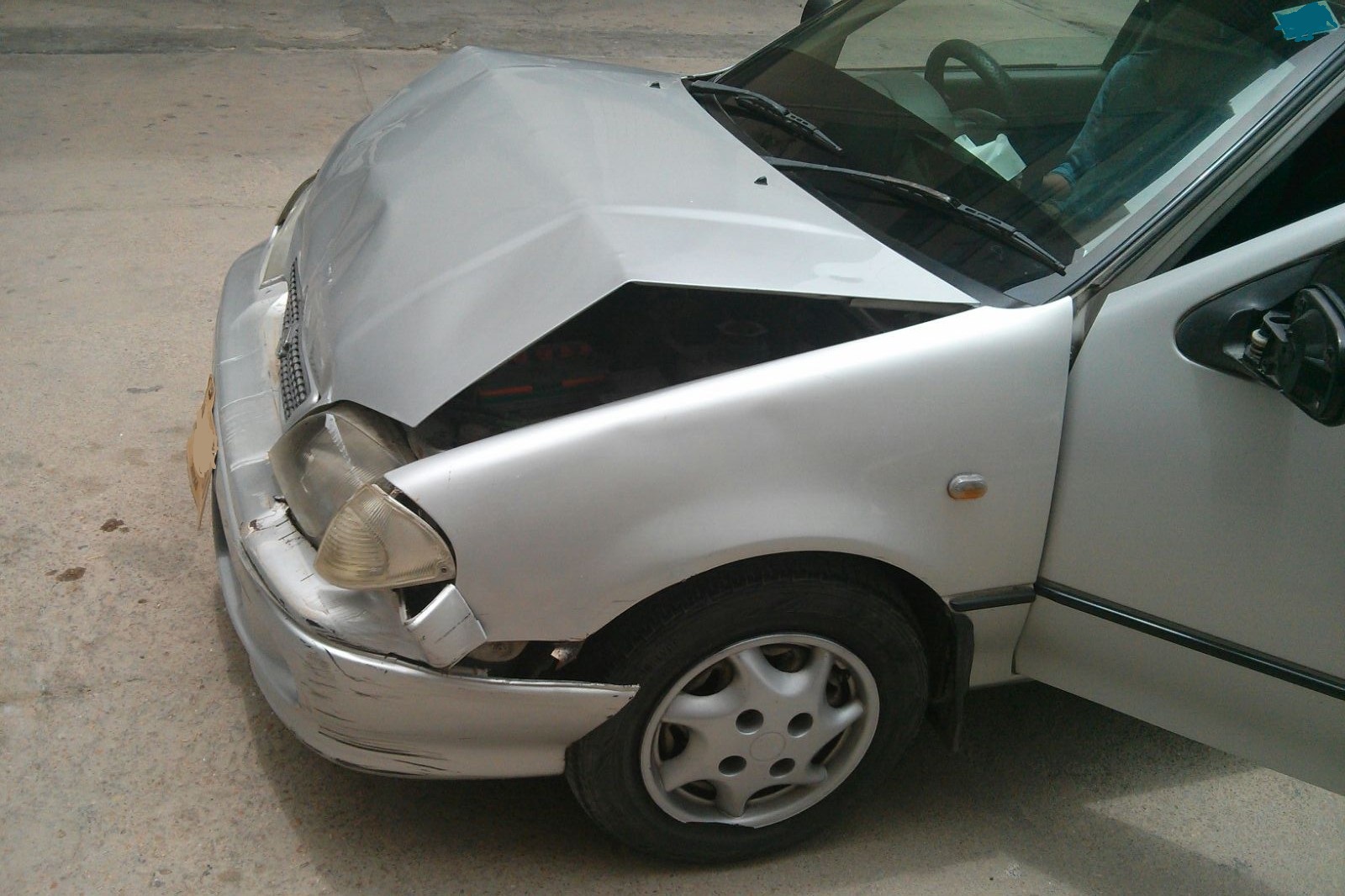 A friend sent photos of his Cultus in the morning with banged up front end. He was on his way to the office and rear ended a Suzuki Ravi. Messed up his front end, and now needs a new bonnet.

It is a general rule that the one who hits from the back, is generally at fault but in a country like ours, when a bike or a car can swerve to pop out in front of you, or someone in front could decide then and there to stop in the fast lane and look around at the ‘scenery’. What ascertains here that the guy who hit from the back is at fault? Yes, he/she should keep a safe minimum distance of at least two cars or follow the three second rule however; you can expect all sorts of antics on the Pakistani roads.

Basically, auto accidents are usually evaluated from the standpoint of “who was most capable of preventing this accident?” There is a pretty well-known presumption that rear-end car accidents are always the fault of the driver who rear ended the car in front. This is not always the case. It is possible for the driver of the car that gets rear-ended to be negligent as well. For example; the driver at front reversed unexpectedly. Perhaps the hit car’s brake lights did not work. Or a driver stopped suddenly to make a turn and failed to execute the turn. And also if his/her vehicle broke down and he failed moved it to safety or warn the traffic behind properly.

Similarly, what happened with my Cultus friend was that he just crossed the busiest road-cut on the road of his neighboor and just as he accelerated, the car at the front, a Vitz, decided to stop in the fast lane, in the middle of the road to have a look around or something. The Suzuki Ravi between me and him, barely stopped and I rear ended the Ravi. The driver of the Vitz knowing of his mistake fled the scene and everyone flocked to the scene while the on guy sitting on Ravi’s rear bed was hurting like a fish in the water while holding his back so I asked the Ravi guys to rush him to the hospital and everyone else just left because the guy at fault had absconded.

In each of these instances, the driver of the car that gets rear-ended is likely to be considered at least partially negligent, if not fully. The legal impact of that driver’s negligence will depend on how much that driver’s carelessness added to the collision. In those instances, the hit car’s driver may have some comparative or contributory negligence in the collision.

In a way, the trend of dashcams brought to us by Russians to document accidents so the court of law can determine who is at fault, is also fast becoming a necessary item in not just the world but Pakistan as well. Its a must have given how motorcyclists are passive aggressive and we generally act with rage.

So yeah, as much as we like to blame the one at the end, keep in mind you might have had the hand in the accident as well. If you had been in a similar accident, please do share your experience in the comment section below.