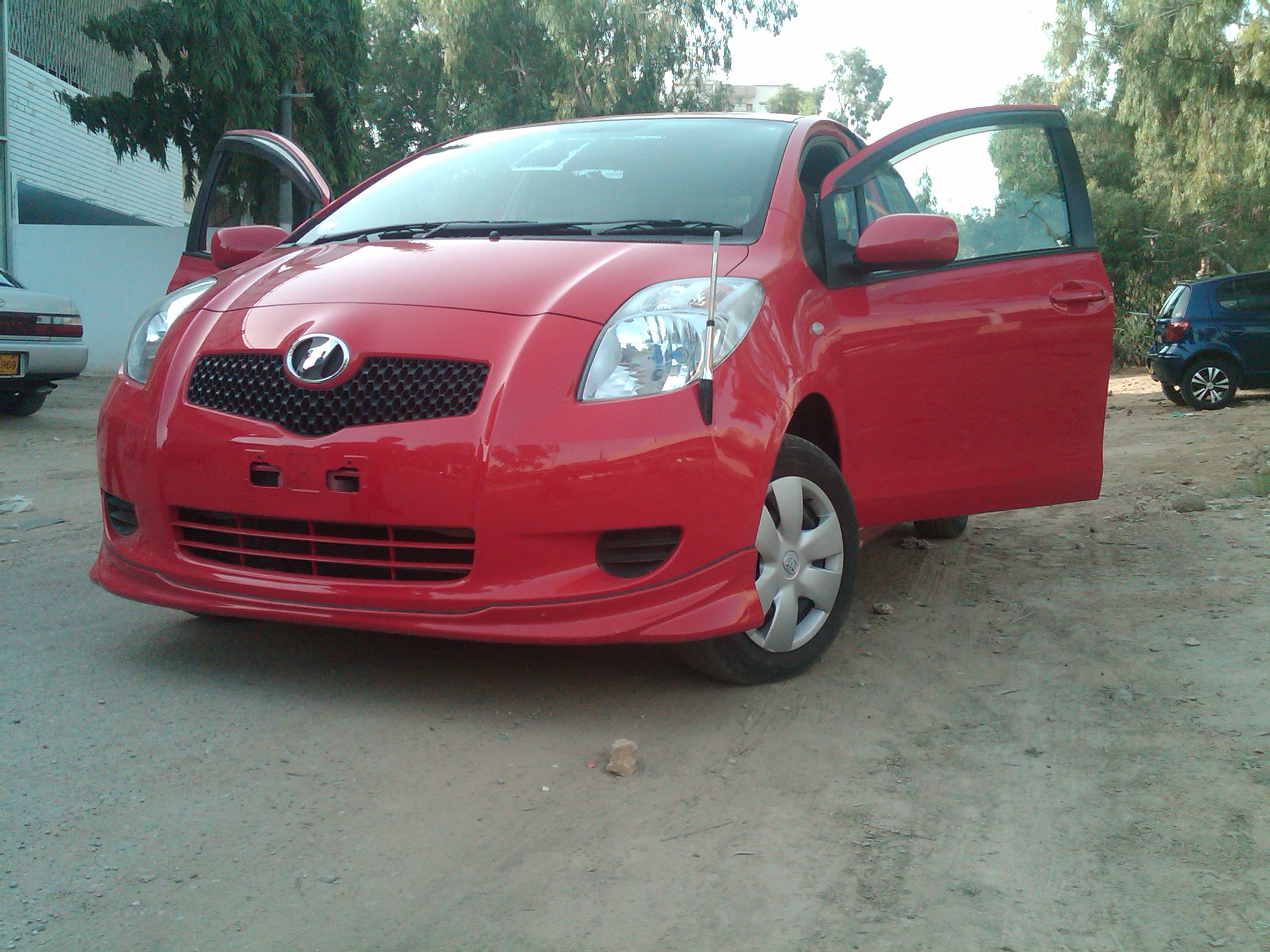 Pakistani Automobile market was dependent on the monopoly of local automobile assemblers until a few years back, Government allowed the import of used automobiles which gave some competition to the local car manufacturing companies and the buyers were able to get some value for their money.

Amongst many other imported hatchbacks stands the Toyota Vitz which has by far been one of the most successful cars among the used imports. Pakistani market has always been an easy ground for Toyota vehicles & anything offered by Toyota has always been welcomed in the local market thus the previous history of Toyota gave Vitz an easy start when it was introduced by used car dealers in the local market.

Despite the fact that Vitz is a hatchback, when you are sitting in the car you don’t get the squeezed feel of a hatchback. All the 5 passengers get their required comfortable leg & head space. So you have a hatchback which is easy to steer in the traffic of any major city yet you have a car roomier enough to be a sedan from the inside.

Toyota Vitz offers a lot of storage compartments such as double glove compartments on passenger side & since the speed o meter is in the center of the car, there’s an added glove compartment behind the steering wheel. Centre console & side consoles with cup holders for all 5 passengers make the car ideal for any Pakistani family who like to eat in the car.

Toyota Vitz is a car made as per the standards set for any other car with complete safety features such as ABS Breaking System, SRS Air Bags for both driver & passenger along with many other safety features.

The car has standard luxury accessories such as Automatic transmission, power windows, power steering, power retract mirrors, headlight dimmers etc. All these features make the car as luxurious as any other local manufactured sedan for almost double the price of Vitz.

The fuel efficiency in our road test also turned out to be very nice. The car gave the average of 11kms / liter when we were driving it in the traffic of Karachi with Air-Con on. The spare parts are also easily available, be it some body or engine part. The reason for availability of parts is due to the mass import of these cars which made the spare part’s suppliers to import the spares as well since they’re in high demand.

Well in my personal opinion I will give this car a rating of 4 out of my 5 star rating systems & if anyone looking for a 1000cc hatchback, should definitely consider getting himself a Toyota Vitz.

This Car was provided by Pit Crew.

Two wheelers on the motorway