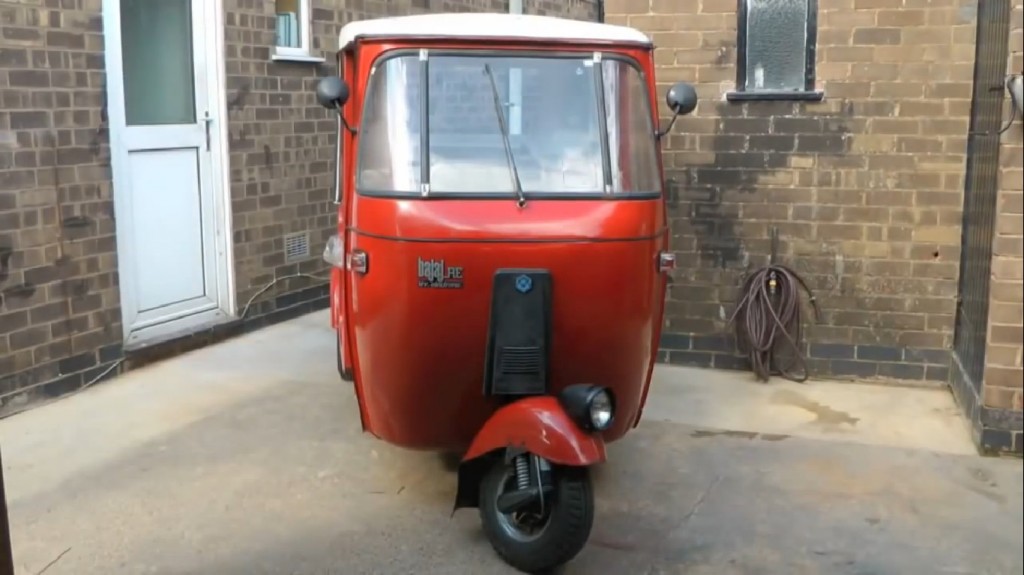 This Riksha has a Honda CBR 600RR engine

In ASEAN countries and the west, our riskha is called ‘Tuk Tuk’, a name we have kept exclusive for Misbah-ul-Haq but they wouldn’t know surely. Anyways, riksha is one of the most boring and annoying rides you could ever meet on the road, they don’t do over 40 and they take forever to reach 40 and they riksha drivers are one of the worst on the road.

But we can’t do anything about the drivers but a British street genius; Colin Furze bought a Bajaj RE from Ebay and took it all apart to fit a Honda CBR 600RR engine in it and perhaps convert it into an ATV, or something that’s pure thrill and fun.

The CBR 600RR is by no means a timid bike, it is a superbike capable of speeds of well over 200 KM/H. The 600 cc engine produces 100 BHP and a glorious sound (which will be a relief), and once out into the riksha, it would either pull the chassis apart or who knows.

Watch the video of the inventor below who has been famous for numerous records, and most recently, his Wolverine claws have been viral.

The Super Tuk Tuk was inspired by the game Far Cry 4 where the character uses a Tuk Tuk to chase down a miscreant, all while discharging his weapon on the getaway vehicle. So Colin says that the next video will feature exactly that, an insanely fast Riksha, with firepower.

The Maruti Swift facelift accessorized with a giant headphone