BOL is an upcoming television channel and a media enterprise that will start its operations soon. Even before its commercial launch, the popularity of the channel has reached the peak already with people speculating about what it would bring to the media scene in the country while others are guessing dates of its launch.

The Executive Management of BOL is trying to maintain international standards of news coverage for television. In this regard, BOL recently showcased its DSNG (Digital Satellite News Gathering) van. As a veteran journalist, I have had a fair share of working with DSNG vans for event coverage, so I know how important the role of these vehicles is for any television channel. 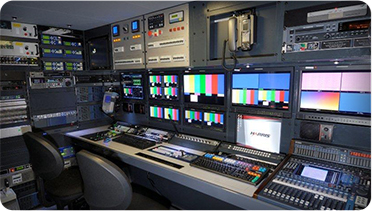 The vehicles are fully loaded with all required technologies for news gathering. DSNGs are not less than a prestige for news channels around the world. Their importance for quick news response could not be denied at any cost. In Pakistan, many media enterprises are running live transmissions from different events through satellite connectivity. Without a DSNG van, it is impossible to keep updating the viewers timely. 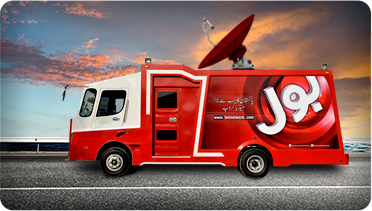 technologies and advanced techniques. The vehicles are equivalent to a mini studio on wheels. The two tone red and white truck is made by Ford Motor Corporation, but there is no branding of the automaker on the vehicle anywhere. At the front, where the automaker’s logo should have been, there is a logo of BOL.

The DSNGs are armored vehicles as the management of BOL emphasizes on safety and wants to ensure the safety of the news team. The news reporters work in a very hostile environment more often than not, and cover events which expose them to danger of life.This step by BOL should be appreciated as this is the first time any channel has taken measures about the safety of its employees.

These DSNGs are equipped with modern equipment that would enable the production, news and editorial 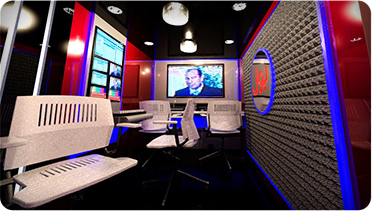 teams to work comfortably on the site. A mini studio is also there to conduct live interviews at important events.

On its unveiling, I was amazed to see a DSNG that was different from the usual vans we see in Pakistan.  The reason for such a high-end vehicle is to meet the international reporting standards.

This Riksha has a Honda CBR 600RR engine