Something About Honda Civic RS Turbo – King of the Road

The sedan market has a rich history in Pakistan going back several decades. But no one had thought about giving this segment an option for the enthusiast driver. Honda deserves Credit for bringing to Pakistan the first locally assembled sports sedan in the shape of the Honda Civic RS Turbo and the Civic Turbo Oriel. As the name suggests, both these cars are equipped with a turbocharged engine that provides exceptional power along with superior fuel saving. The RS Turbo is truly a game-changer it offers the adrenaline of a raving beast but the composure, style and comfort of a sedan. With the changing dynamic of the market and the advancements of technology worldwide, it is clear that Turbo is the calling of the future. 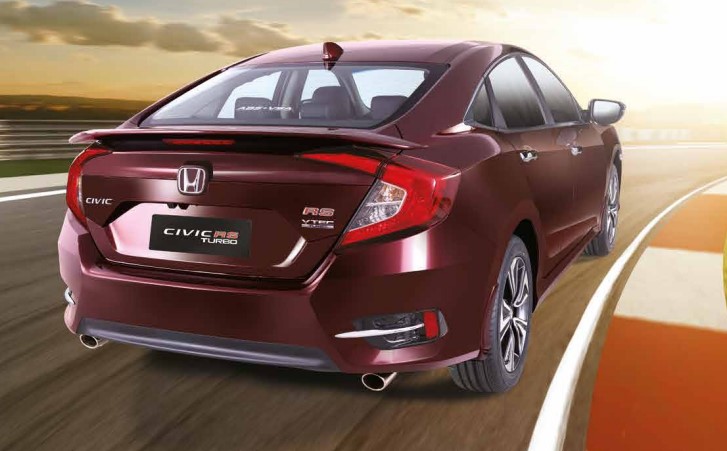 If a sedan deserves to be called the King of the Road, it is surely the Civic Turbo. It’s not just Pakistan’s only Turbocharged sedan, but it is also a car that has been built from the ground up to be a sporty vehicle. The Turbo Civic reignited the passion in the sedan segment with fast, exciting and thrilling and no other sedan comes close to it in terms of performance and features.

Honda’s signature cutting edge technology and the emphasis on quality shows clearly in this super reliable 1.5L RS Turbo engine, which offers a bhp like no other in its category. What makes this engine different from all the rest is that it comes with an in-built Turbocharger that gives this engine a significant power boost. Boasting 173PS and 220 N.m of torque at 4,500 to 5,500 RPM and a compression ratio of 10.6:1 this engine truly rocks when it comes to performance. And you don’t need special fuel for this engine. It can run on regular unleaded fuel and features a EURO 4 emissions rating. 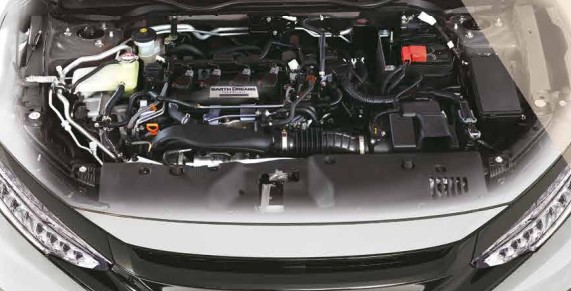 The engine is mated with a very capable CVT transmission that ensures smooth power delivery all the way to the red line. Although this engine is tuned to provide the best performance, it is also a very fuel-efficient engine, making it great for everyday driving.

This car’s exterior makes a strong style statement, and Honda has worked hard to give it a unique identity. It features LED headlights with DRL.

The wheels have been upgraded to 17″ alloys which give the vehicle an imposing look. 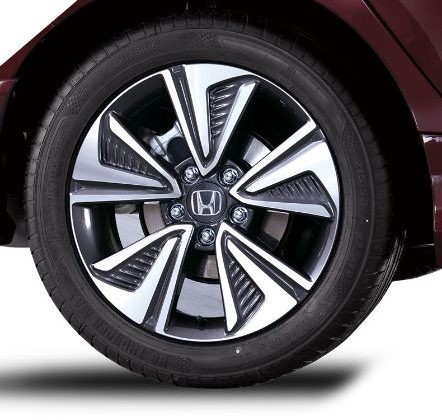 It also has a sunroof, LED fog lamps and chrome door handles. The shark fin antenna and rear spoiler add to this car’s charisma and give it a bold presence whether it is parked or driving on the road. The RS emblem on the back and dual exhausts complete the sporty looks of this car.

The interior has also been redesigned sports sedan style. The seats are premium black with red stitching, featuring high-grade materials and quality finishes.

The car features a Smart entry with push start button, auto air conditioning controls, cruise control, rear air conditioning ducts and an advanced liquid crystal meter. The steering features paddle shifters which makes this car extremely easy and fun to drive. Another unique thing about this car is the dual entertainment system, the vehicle not only has a front infotainment system; it features one in the rear as well. The remote engine starting feature is convenient if you want to turn on the AC a few minutes before are set to go somewhere. 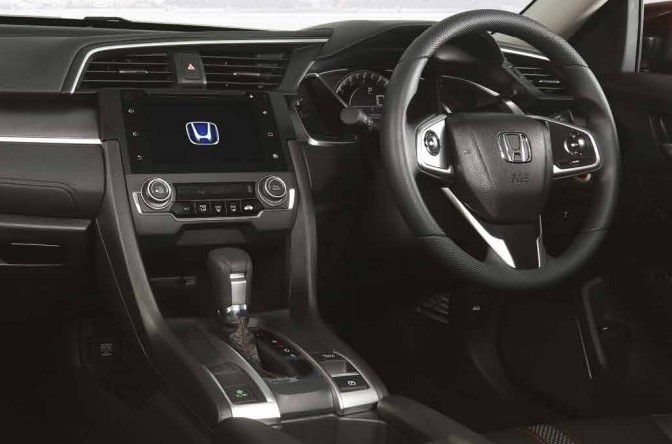 The power of this car is managed with an intelligent stability control system. The car features Honda’s VSA (Vehicle Stability Assist) and ABS braking, which help keep you in extreme road conditions. The Civic RS has all the comforts of a regular Civic with the power, performance and superb handling, Civic fans desire. On the whole, it is excellent for someone who aspires not just the power and raw acceleration, but also want something that is practical for everyday driving. 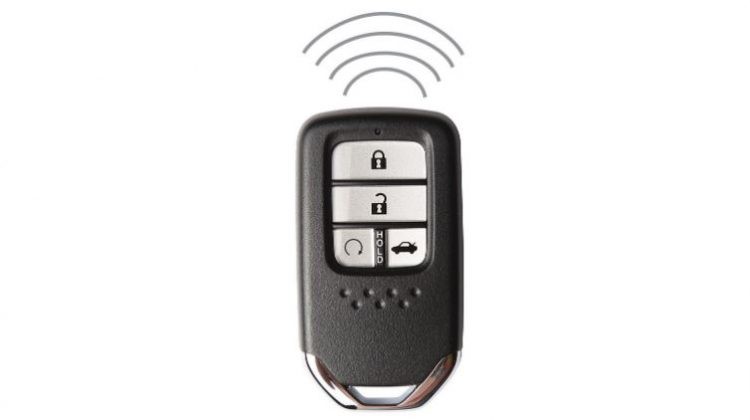 Honda has cemented its position as the pioneer in the turbo segment with three variants, the Civic RS, Civic Turbo Oriel, and the Honda Accord. 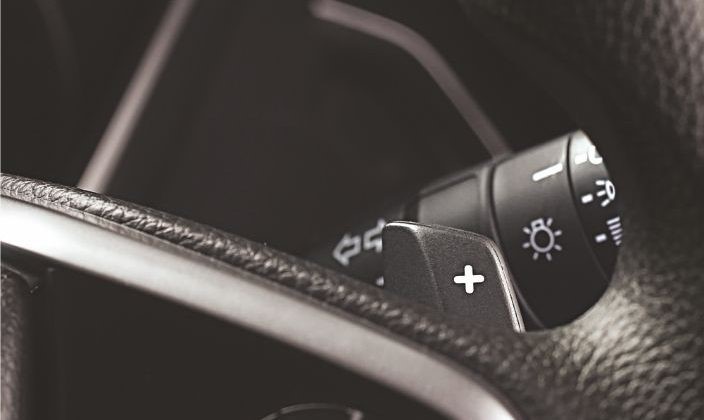 The turbo Civic occupies the most prominent space in this line-up. Now with the addition of a turbo, it is an even more compelling buy for Civic fans. It is truly unique in their own right, and Honda is right when it says that this is indeed the King of the Road. 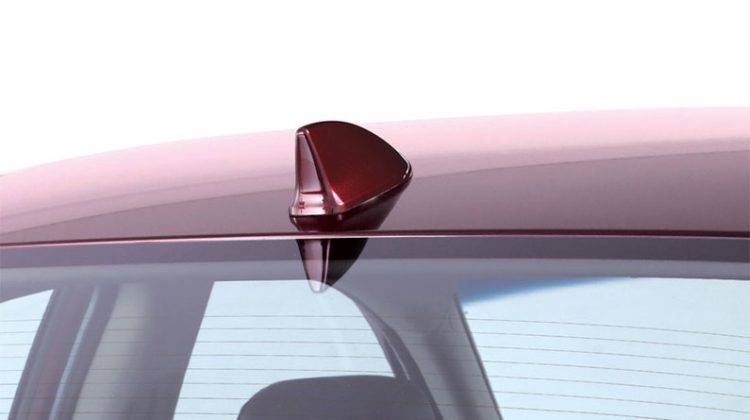