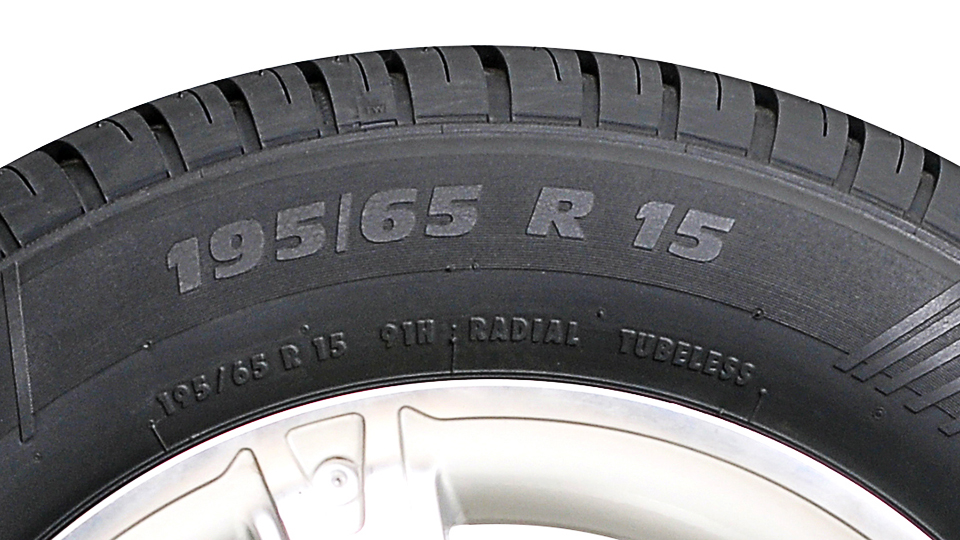 On side wall of your tyre, you will notice different markings. We have already explained many of them. Today we are going to discuss the speed ratings or speed limits of tyres. We are taking an example of a 15 inch General tyre since it is the OEM tyre of our locally made Toyota Corolla and Honda Civic.

You will notice two digits followed by an alphabet; in this tyre’s case, ‘91’ followed by ‘H’. 91 is the load index, and we have already explained them in a previous article. Today we will explain what ‘H’ stands for.

H is the speed limit of the tyre. If you see ‘H’ symbol on your tyres, it means your tyres are safe up to the speeds of 210 km/h. Speed ratings are based on tests in which engineers run the tyre at 6.2 mph steps, in 10 minute increments, until the required speed has been met. Below is the chart that can help you decode your tyre’s speed limits. The most common tyre speed rating symbols, maximum speeds and typical applications are shown below:

When tyres with ‘Z’ symbol appeared in the market, it was thought that Z tyres are safe for speeds above 240 km/h, but not how much above 240 km/h, it was not identified. That led to tyre manufacturers to add symbols of W and Y to meet the needs of cars capable of very high speeds.

While a Z-speed rating still often appears in the tyre size designation of these tyres, such as 225/50ZR16 91W, the Z in the size signifies a maximum speed capability in excess of 149 mph, 240 km/h; the W in the service description indicates the tyre’s 168 mph, 270 km/h maximum speed.

Manufacturers take these steps for safety of their consumers. We hear negative stories about certain tyres how they failed at high speed, but we seldom stop to question if they were suitable tyres for high speed travel or not. One must obey the laws of physics, and chemistry as well, in case of tyres.

Trivia – What Is A Moonroof?