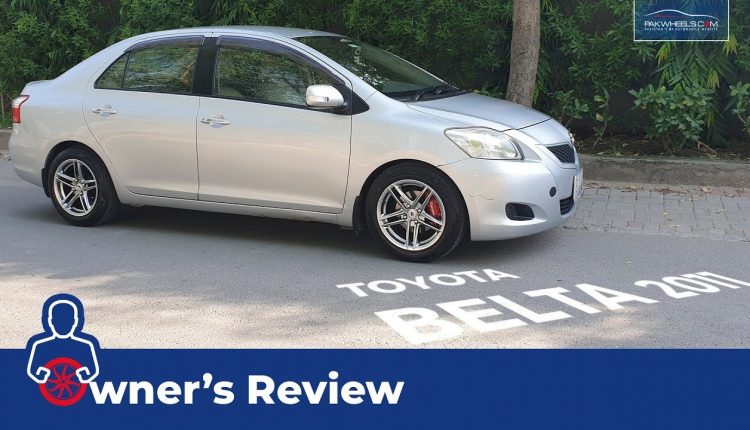 We are back with another owner’s review, and this time we are reviewing the Toyota Belta, 2011 model. Toyota launched this car in 2006. The company called it Belta, while the hatchback with the same specifications is known as Vitz. Meanwhile, the same vehicle, both sedan/hatchbacks, was famous as Yaris in the Gulf Region.

This car remained in production till 2012, and then the company upgraded this car into a new model, named Vios.

According to the owner, the car’s boot, AC performance and drive comfort were the deciding factor for him.

The owner told us that the car has an ample boot space. “I had hatchbacks before and always faced issues in keeping my audio base tube in the car,” he said, adding that with a trunk, he doesn’t face any issue now.

As per the owner, its parts are very easily available; however, the prices are a bit higher. “The high price is due to market factor as shopkeepers charge more for Belta as compared to Vitz, although many of their parts are same,” he shared.

Furthermore, the car has no cabin sound, which is a great feature.

As per the owner, it depends on the driving style as he has been driving 600cc; hence, it is not underpowered for him.

“If I see overall features of the car there are no missing features in it, I am totally satisfied,” the owner said.

There are two known faults in the engine of this car, first is the knocking, while second is vibration on slow speed.

Like most of the Japanese cars, Belta also has ground clearance issues on local roads. “I have installed thick tyres in it and have lowered the frame; hence, I do face issues on speed breakers,” the owner said.

The owner has installed an aftermarket infotainment touchscreen as the car has a CD player option as standard.

The car has ample sitting space on both front and back seats, making it a very comfortable vehicle for travel. Additionally, the car’s bed is flat, which means three persons can easily sit in the vehicle.

According to the owner, the resale value of Toyota Belta is very good as he has seen multiple advertisements online. Furthermore, a sedan car in this budget is hard to find; hence, the demand for this car has increased significantly in the last couple of years.