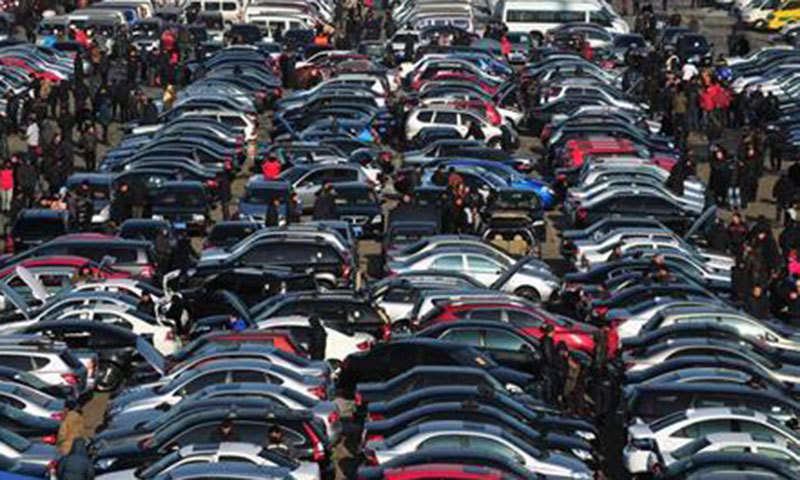 Pakistan is primarily a used car market, and the reason is the low-vehicle production of new cars by local manufacturers, which leads to longer delivery times that further results in high premium on vehicles. So, to avoid all the hassle and awkwardness people buy used cars. In Pakistan, last year around 7.5 lac used cars were traded (sold and bought) and round 2 lac new cars were purchased. These stats tell how much quantity of used cars are being purchased and how big the used car market is in Pakistan.

Pakwheels.com in this regard conducted an industry survey in 2017 to see what are buying trends, what percentage of people bought a used car and what percentage purchased a brand new zero-metre car.

In this survey, a total of 19,155 numbers of responses were recorded from all over the country. Among many other questions, PakWheels.com asked a question which was, did you buy a used or new car and as expected the overwhelming majority answered that they purchased a used car. 58% of the respondents said that they bought a second-hand car, while 38 per cent asserted that they bought a brand new car. These stats show that how big used car market Pakistan has and what are the current buying trends.

However, if compared with the survey conducted in previous years, the used cars buying trends have gone slightly high in 2017. The reasons for this, as mentioned above, are prolonged delivery time and high premiums on vehicles.

In the survey, many brands have won people’s choice award as well.

It is to be noted here that aside from purchasing a used car made locally, the locals are also importing vehicles from other countries and last year over 80,000 vehicles were imported in Pakistan. And as of now, the car penetration is around 15-17 vehicles per 1000 persons. However, the good news is that the new automakers have landed in the country such as Hyundai, Kia, Renault and many others, which will help raise the car penetration ratio in the country.

What do you think the government should do to make our car market more diversified? Do tell in the comments section below.

Two new automakers are all set to enter into Pakistan

Here is what you need to know about bike tires