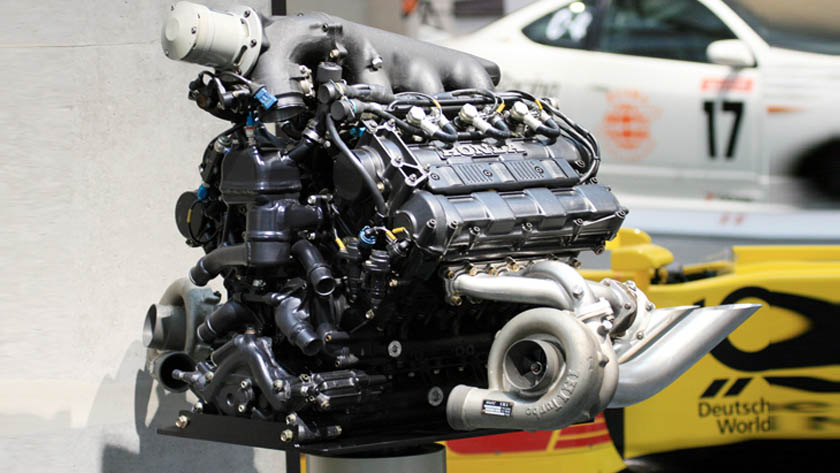 Let’s talk about turbos – here is all you need to know about turbochargers!

We have always wondered once or more when we see cars doing racing especially the “sleepers” (the cars having small size as compared to their performance) that what makes this car so fast and powerful? And one of the many answers we get is that the owner has installed a “Turbocharger”.

We all love the Turbos, the spooling sounds they make and the way they increase the performance of cars have captivated our hearts for decades. Today I’ll be explaining the technical stuff about the Turbocharger in a non-technical way, its history, how it works and how it was used in the past as compared to today’s applications.

In this case, generally we can categorise engines in two types:

Naturally Aspirated Engines don’t use wizardry of any sort for the pulling of air into the engine. It just sucks the air as it is in the engine (combustion chamber) to carry out the process of producing power.

Forced Induction Engines, on the other hand, uses a compressor which compresses the air and pushes it forcefully into the engine (combustion chamber). The placement of compressor as well as the methodology used to power the compressor divides the forced induction engines into further two types:

But here we will strictly stick to the explanation of the Turbocharged Engines.

As we spread the map of the history of Automotive Industry to see where the concept of forced induction came into being, we see that it all started in 1885 by German engineer Gottlieb Daimler. He is one of the reasons we have Mercedes-Benz nowadays.

But the actual turbocharger was invented by a Swiss engineer and inventor Alfred Büchi who used turbocharger for the first time in 1905. In the beginning, the turbocharger was used in diesel engines (trucks), aircrafts and boats. Later on in the early 60’s, it came into the production passenger cars, and since then the development of turbochargers has found its place in the bonnet of not only the trucks but also in supercars, sports cars as well as our common daily life cars just like Honda Civic 1.5 turbo. Below are the pictures of one of the first passenger cars to be having a turbocharger in them. Both of them were American.

As mentioned earlier Turbochargers were widely used in diesel engines (trucks), aircraft and boats but the question is why?

For that let’s go to a truck driver who has a problem with his truck. His truck works perfectly fine when he is in Lahore (which is 217m above sea level), but when he goes to the Khunjerab Pass (which is 4693m above sea level), the performance of his truck reduces significantly and starts to do missing (cylinders not working correctly). He has shown his truck to a lot of people but can’t seem to find the solution to the problem. One day a mechanic tells him that he has the solution to his problem. He presented a turbocharger and installed it with the engine and told the truck driver whenever he goes to Khunjerab Pass or some other place which is very high from sea level he shall turn on the turbocharger and the matter will be resolved. The truck driver did accordingly, and the truck worked fine at Khunjerab Pass as well.

So, what sort of magical problem was there to his truck? And what spell did the turbocharger used to solve it?

Non-technically speaking, the engine requires oxygen to burn fuel in the main block (combustion chamber) because fuel can only be burnt in the presence of oxygen this is why sometimes it is advised to put blankets on fires to stop them. Hence, the fire dies since there is no oxygen but in the case of engines, the case is opposite. We have to ignite the fuel, and for that we need oxygen. When we increase the height the oxygen in the atmosphere starts to become less, and since there is less oxygen in the air, the less fuel will be ignited, and ultimately the performance of the engine will be reduced. 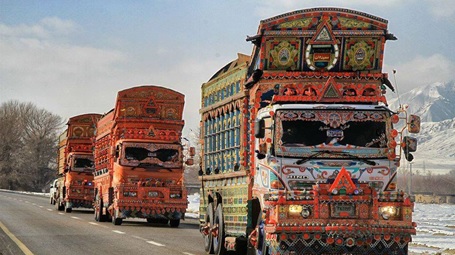 When we install a turbocharger, it compresses the air in the atmosphere and pushes it into the main block of the engine (combustion chamber) via intake valves to compensate the lack of oxygen for the proper working of the engine. Soon it came to the minds of the adventurously thinking engineers that what will happen if we used the turbocharger on a vehicle operating at the normal air pressure (like Lahore as mentioned in above example). So, they strapped the turbocharger with the engine working at normal air pressure, and the results were staggering. The performance of car increased to almost to the double. With this, the turbochargers found its place under the bonnet of car engines to provide the extra adrenaline rush, excitement and performance to a small engine. 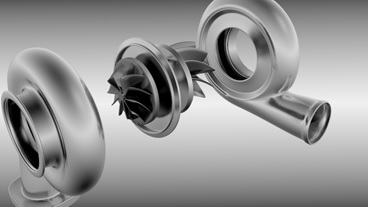 When the air is compressed it gains heat due to some physical laws of gases and to make the air more compressed the air is passed through the intercooler which cools the air and hence the compressed cooled air goes into the engine (combustion chamber) and burns the fuel more efficiently to increase the power. Basically what a turbocharger does is that to bring more oxygen in the main block (combustion chamber) and to increase the burning of fuel. There is another component in the turbo which is very crucial for its proper working, waste-gate. Waste-gate is a cavity in exhaust pipe which controls the amount of exhaust gas going into the turbine. In easy words, it controls the psi of the turbo. The waste-gate, in short, ensures the proper working and the safety of the turbocharger as well as the engine.

Psi of a Turbo:

We often hear the term for turbos that, say 8 psi of boost or 9 psi of boost. So, what does this psi mean? How much psi is good for an engine? 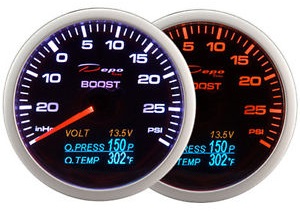 Psi is the unit of air pressure just like we have air pressure for tyres. Similarly, in turbos the psi represents the pressure of air increased by the turbo. More the compressed air, more pressure, more pressure is equal to more boost but… we can’t just increase the psi of the turbo blindly. The setting of correct psi using the waste-gate is very crucial because one incorrect increase in the psi could lead to a blown engine. Therefore, it is not a good practice to install a turbo to a stock engine as there is always danger for the engine to explode. Always run the car on the dyno first to check if the engine could withstand the boost or simply put some money into it and replace the engine components with the ones which can withstand the load of your desired boost psi. We can’t normally judge that how much psi is safe for an engine because the quality of the engine components varies very much from car to car. Just like a Suzuki Mehran can’t withstand the boost psi which an Audi A7 can bear.

Turbo-lag is one of the terminologies associated with the turbocharger. Basically there’s a specific threshold of the speed of turbine (rotating speed of turbine) of turbocharger after which the turbo starts to produce boost before that speed of the engine (RPM) turbo doesn’t provide any boost. Moreover, turbo-lag is also defined as the lag (delay) taken by the turbocharger to produce boost as you nail down the accelerator. Which is also due to the fact that when we push down the accelerator engine takes time to go to the RPM at which the turbo will start to produce boost. While producing boost, the turbo makes a whistling sound called spooling. Though the lag made by the turbo seems not a very big problem for a common driver but when it comes to racing and performance we can’t afford the turbo-lag in cars.

To overcome the turbo-lag the engineers came up with the Anti-lag system or simply misfiring system which misfires the engine very measuredly to overcome the turbo-lag by providing fuel burning in the exhaust pipe which creates additional exhaust gases. These gases produced then drive the turbine of the turbocharger even when the engine is operating at a lower speed (RPM) at which normally a turbocharger wouldn’t work. Moreover, the spitting (throwing flames from exhaust) made by the turbocharged cars is also due to this anti-lag system. In easy words, it simply burns fuel in the exhaust pipe to produce high-pressure exhaust gases. 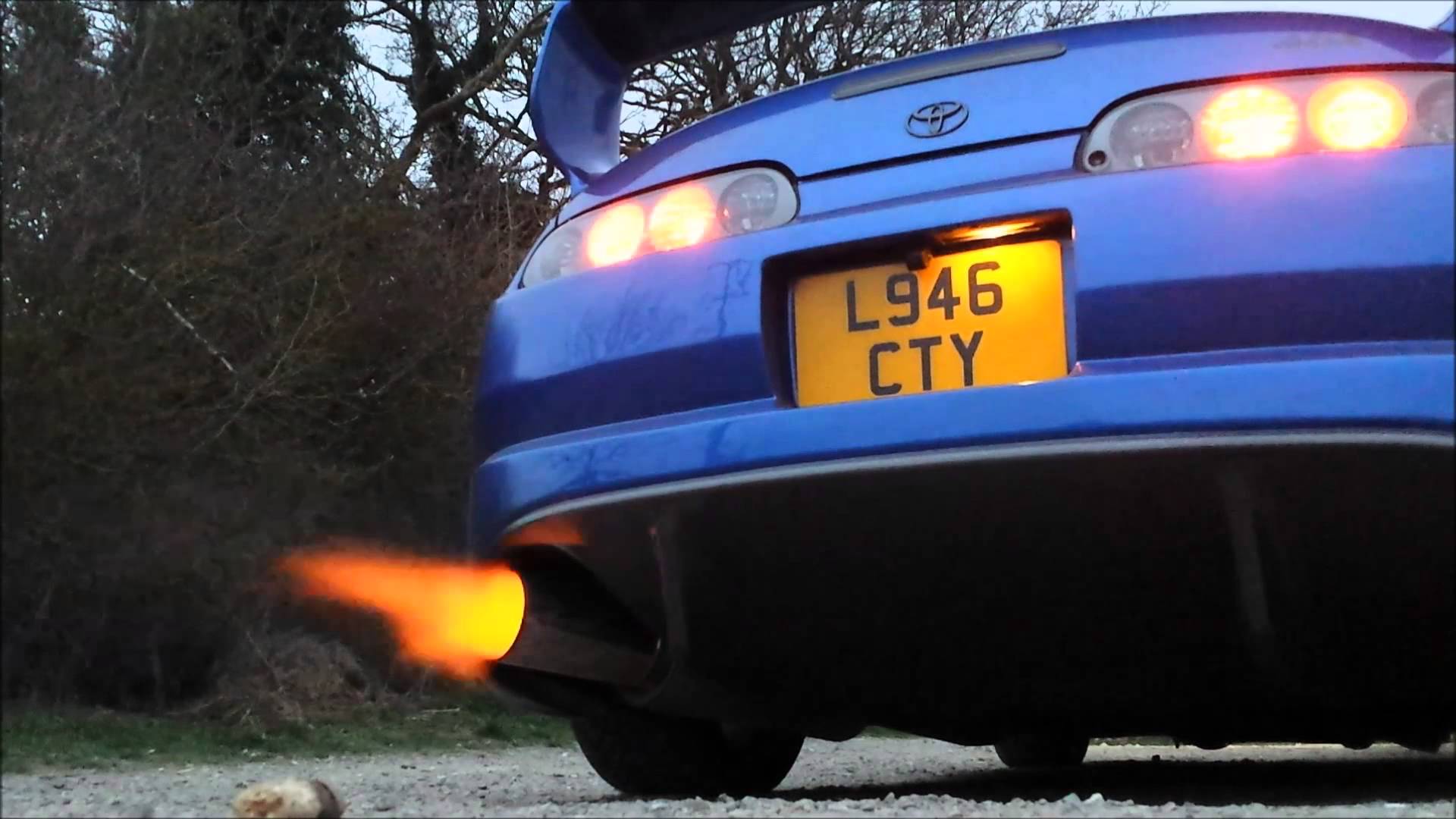 In the end, I would say turbochargers are a gift of technology for us and we should handle this gift with care and we shouldn’t be greedy when it comes to setting the psi of the turbo. While making a modification to a car or making a project car, we shouldn’t be ruthless with that artwork of metal. It can’t cry when you oppress it so be more considerate and gentle with your car.

It was once said:

Hundred races with low psi boost are better than having one race with higher psi boost.

I’m a mechanical engineer in making and I belong to a family of automotive enthusiasts. My father is also a mechanical engineer and a PhD professor at UET Lahore. Engines have been my toys since I was a kid. I’m a petrol head like no other. I not only hold interest in studying about various car brands but also study the technology they use and keep myself updated with the latest tech related to the automotive industry all over the globe.

Tires over-inflation – What are the dangers?