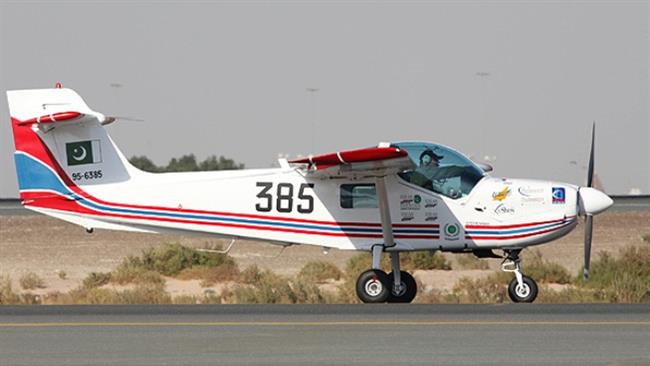 Day two of the International Defence Exhibition (IDEAS) 2016 saw the signing of 13 Memorandum of Understanding (MoUs), which included an agreement with Ukraine for the upgradation of Al-Khalid tank and another with the Turkey for the sale of primary trainer aircraft.

In the latest development, Turkey has decided to buy 52 Super Mushshak trainer aircrafts. Sources report that the estimated costs of this purchase can exceed $50 million and that this order will be shipped over the next three years. The aircrafts are scheduled to be delivered in three batches – the first one in 2017, the second one in 2018 and the last will be delivered in 2019.

While speaking on the strategic implications of these MoUs, the federal Minister for Defence Production, Rana Tanveer Hussain said that when the country bought any equipment from abroad, their technology came to Pakistan automatically. He further elaborated:

The MoU in question was signed between the chairman of the Pakistan Aeronautical Complex (PAC), Air Marshal Arshad Malik and Mustafa Seker, deputy undersecretary at the Turkish defence industry ministry. Under the deal, PAC would provide 52 Super Mushshak to the Turkish Air Force for training of its pilots.

Sources also report that a Turkish team visited Pakistan, earlier in June for the evaluation of the aircrafts and recommended its purchase.

The plane in question, Super Mushshak is a lightweight single engine air-craft with two to three seats. It can be used for both trainings and a wide variety of missions, including forward air control, forwards area support, reconnaissance, camouflage inspection, artillery fire observation, border patrol, target flying and target towing for training of ground units.

This contract will not only open the new avenues for export of aviation and defence equipment but will also contribute to revenue generation and the progress of defence industry’s standards. The Super Mushshak is already in service in Saudi Arabia, Oman, Iran, Syria, Norway, Sweden, Denmark and South Africa.