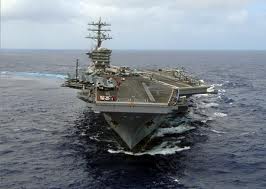 U.S. Navy is trying to use seawater as Jet fuel

There had been a lot of mess in the past days in regards to Agha Waqar’s system to use water as fuel, many experts, engineers, keyboard warriors, etc etc had given no room for discussion as it didn’t fall into the realm of scientific theories. However, U.S. Naval Research Laboratory (NRL) may just be on the verge of making a scientific breakthrough of converting seawater into Jet fuel.

The idea seems very simple but like any idea, hard to achieve; the scientists at NRL are working on developing a process which will extract carbon dioxide (CO2) from the seawater and then produces hydrogen gas (H2) from seawater, afterwards, gases then be converted into liquids and combined, to create viable jet fuel.

U.S. Navy has been testing the technology at the Gulf of Mexico and upon its successful implementation, apart from lower costs of fuel, the more important achievement would be the end of reliance on foriegn fuel, no need for transportation for its carriers and battle ships, which than means increased security.

U.S. Navy has been trying on different bio-fuels to end their reliance on foriegn fuel products, but they haven’t been cheap and were filled were controversies, if this technology works out than the fuel made through seawater will cost in between $ 3 to $ 6.

We still don’t believe that water can power our cars, forget the ships.

This is the 2013 range of Vespa scooters

The ethical use of vehicle lights