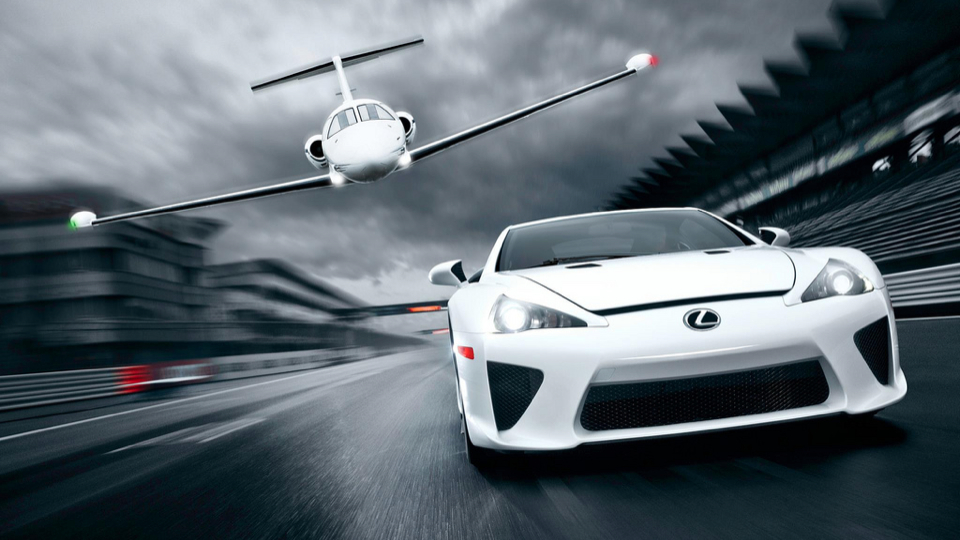 The difference between the two top speeds is quite a lot but as far numbers on papers go, a Jaguar XK-R cannot beat a 2012 Nissan GT-R but it did in Top Gear.

It took a year and a half for the two friends to organize the race and get necessary approvals. One of  them happened to own an Eclipse business jet while the other owned a local car dealership which owned a Lexus LF-A Nürburgring Edition.

The bet money which was 5,000 $ each was jumped up to 20,000 $ when Lexus and Eclipse business jet makers decided to pitch in the race as well. The proceed of the race went off to the charity.

After the ton of paper work was done to get the approvals from the U.S. aviation authorities, the pilot of the jet practiced 10,000 feet in the air and than after completing the practice session, it took off from the ground and circled around to cross the starting line at 150 MPH.

The Lexus LF-A Nürburgring Edition was piloted by a professional racing driver who launched the car from a dead-stop just as the jet crossed the starting line. The LF-A, which can go from 0-60 MPH in just 3.6 seconds beat the jet by a good 2.1 second.

“Just because my car doesn’t have wings doesn’t mean it can’t fly,” Kent Stevinson, owner of the LF-A and Lexus dealership in U.S. said to a local news channel and we couldn’t agree more.

Full size image of the thumb: (click to view in large) 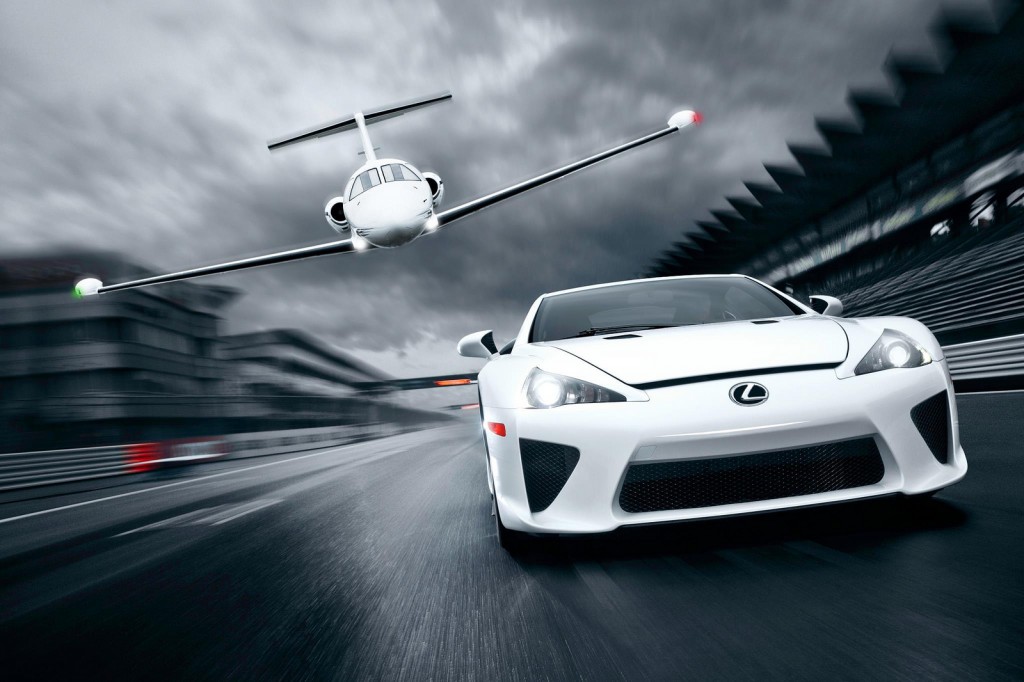