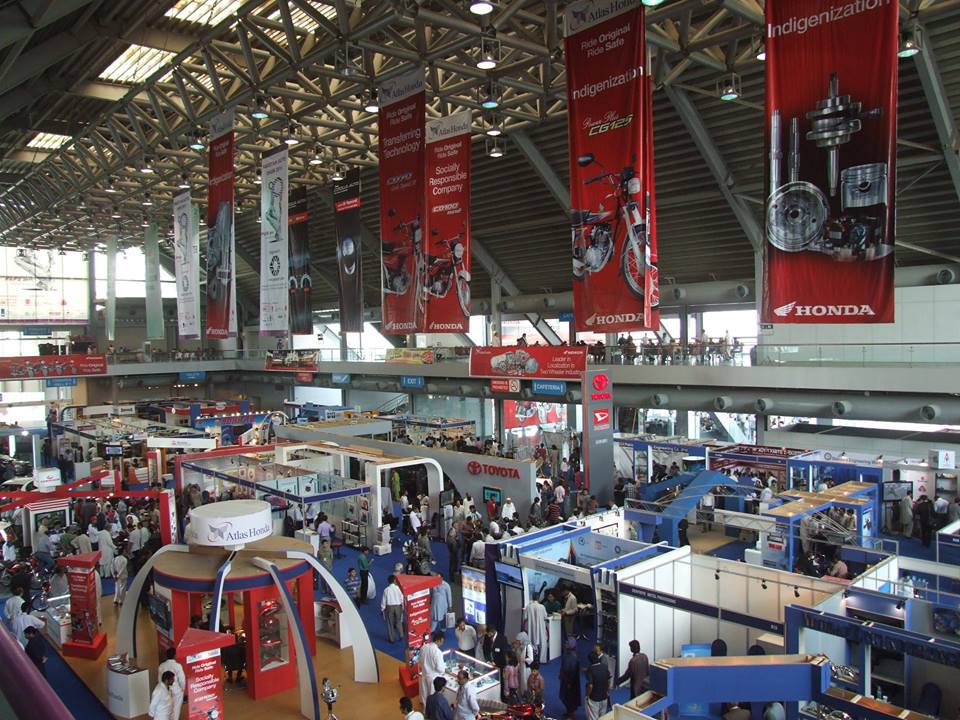 Pakistan International Auto Show is back again this year as we look forward to several upcoming prospects in the auto sector of Pakistan. The show is undoubtedly one of the largest gatherings of leading automakers, along with auto parts manufacturers and suppliers in the country. Once again, the leading brands will get a golden opportunity to showcase the innovative and modern technology used by them in their lineup of cars in Pakistan. Pakistan International Auto Show 2020, the 16th edition of its kind, will be held from 21-23 February 2020 at Lahore International Expo Centre organized by the Pakistan Association of Automotive Parts & Accessories Manufacturers (PAAPAM). The expected turnover in the four halls of the expo center for local and foreign exhibitors is 200 and 120 respectively. The venue has a parking capacity of more than 2500 cars as well.

The highlight of PAPS 2020 might well be the participation of Hyundai Nishat Motors in the 3-day event. Last year, KIA Lucky Motors and Pak Suzuki participated in the exhibition and showcased their upcoming cars in the auto market of Pakistan. In particular, Suzuki Alto stole the show as it the automaker took off the curtains from its all-new locally assembled 660 cc entry-level hatchback. There were a lot of expectations from Suzuki Alto, and it has delivered to its full potential since its launch in June last year. In the same way, Hyundai Nishat will now turn out to display its different models at the Pakistan International Auto Show 2020. The company is expected to display its crossover SUV Tucson alongside Hyundai Elantra and Sonata. It is worth mentioning here that the South Korean auto manufacturer has so far introduced high-end cars in the local market. KIA Lucky Motors launched its 1000 cc mid-range hatchback Picanto towards the end of the last year, which was also displayed at last year’s PAPS. It’s yet to make an impression in the auto sector of Pakistan, but it will need time to make its impact on the consumer’s market.

The exhibitors will get an opportunity to meet potential buyers and discover new markets in the country. It will also give them a chance to hold discussions related to the business needs of customers in a neutral environment and build a relationship with their existing customers to consolidate the market position. Several companies will get media exposure, which will help them in building their brand in the local auto market. There is a huge potential in the auto sector of Pakistan as it’s one of the 40 automobile manufacturing countries in the world with a population of over 210 million. Pakistan is also the world’s 5th largest motorbike market, which shows the growth and business potential. The auto parts manufacturers in the country are also capable of producing high-quality components matching the global quality standards. As many as 87 assemblers are currently present in the local auto market of Pakistan. The auto sector also contributes heavily to the National Exchequer of Pakistan in terms of revenue, i.e., $1.4 billion. It offers direct employment of more than 0.5 million skilled workers and 4 million indirect employment. 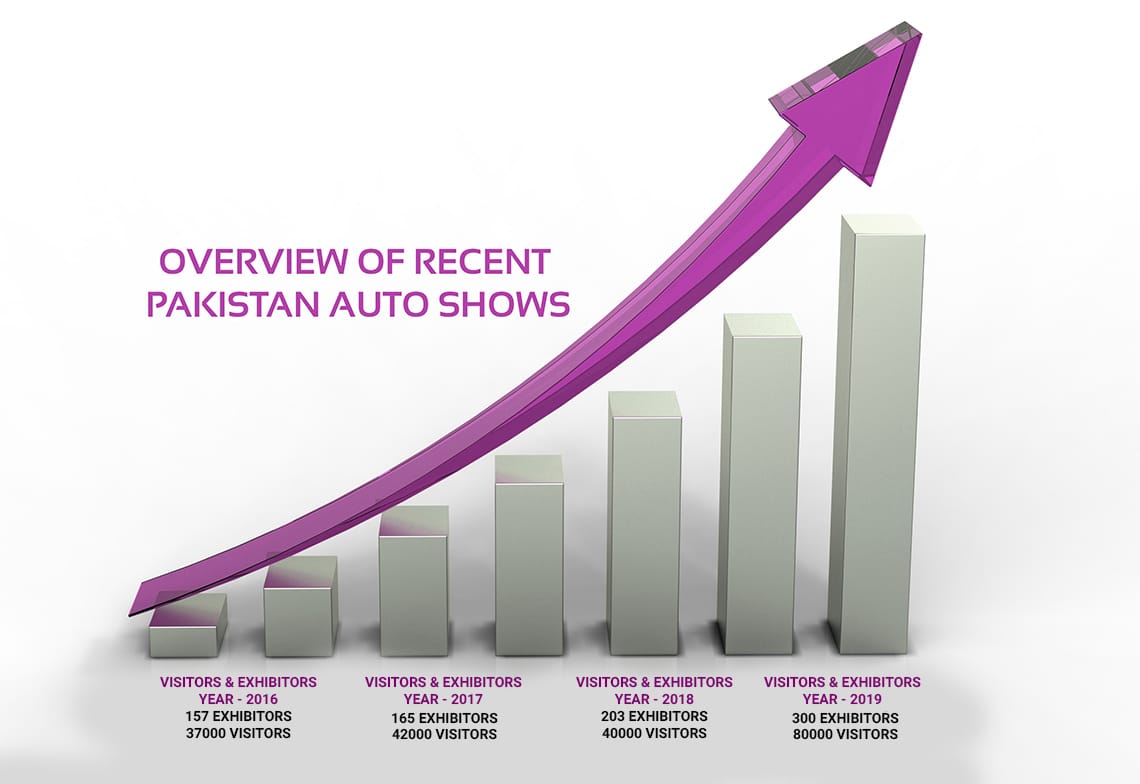 Nonetheless, the event will be focusing on the tagline of Made in Pakistan. The other exhibitors participating in the event will be sharing technology from different fields, including electronics, aluminum molding, sheet stamping, casting, rubber, and plastic molding, forging, and machining industries. In recent years, international visitors from different countries such as China, Bangladesh, Afghanistan, Srilanka, U.A.E, Japan, the United Kingdom, and African countries made their way to PAPS. Pakistan Auto Show has grown tremendously over the last few years as the number of exhibitors and visitors has increased. In the 2016 edition of the Pakistan Auto Show, there were a total of 157 exhibitors and 37000 visitors, which was recorded as 300 exhibitors and 80000 visitors in 2019. This year’s auto show will be witnessed by more than 100,000 visitors at an exhibition area of as large as 120,000 sq. Feet. 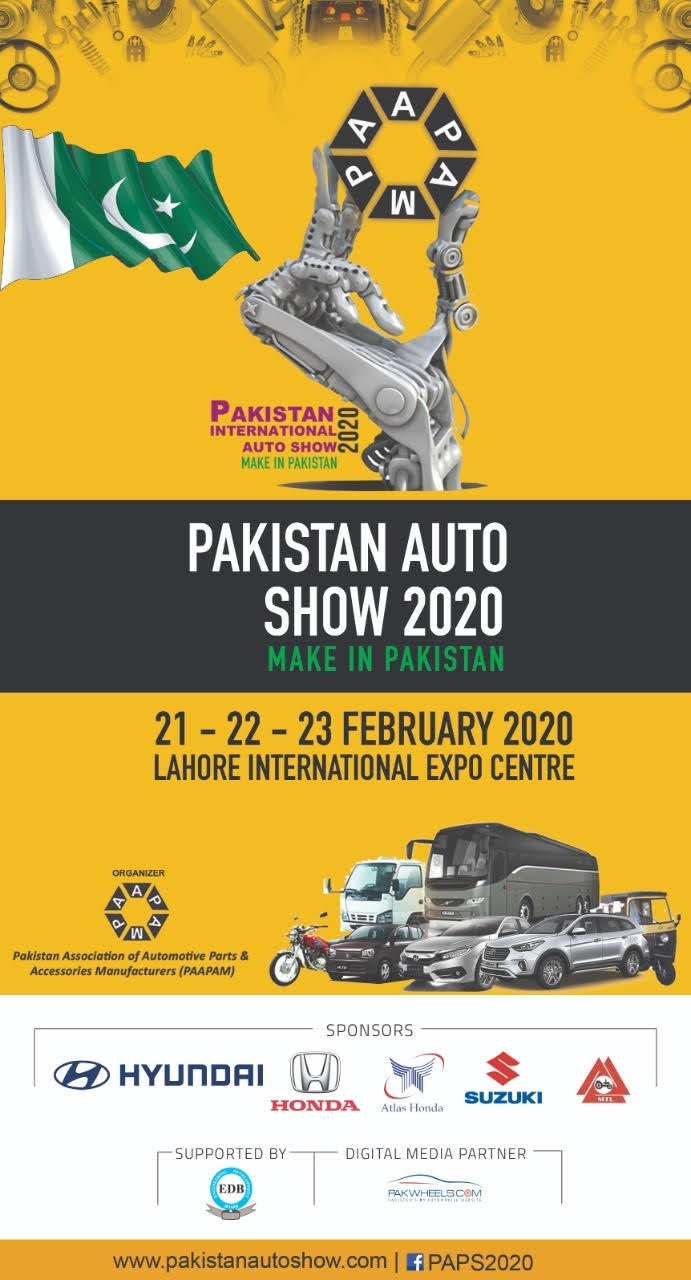 PakWheels.com is the digital Media Partner of the event, stay tuned with us to get firsthand information about the event.

What are your expectations from different automakers at this year’s event? Let us know in your feedback and stay connected with PakWheels for more updates.