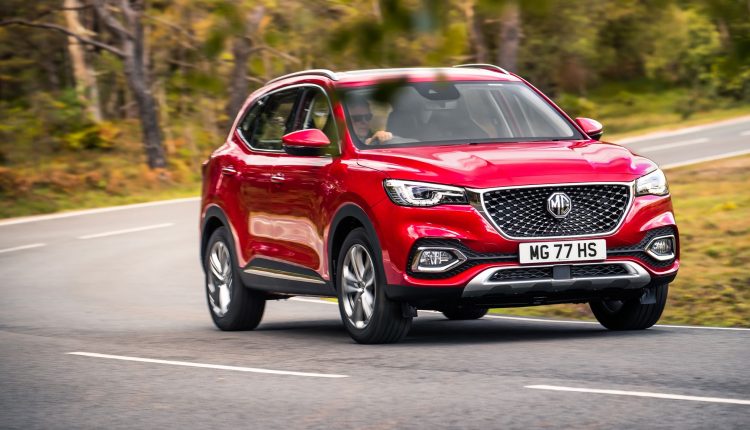 Recently MG Motor’s HS SUV has been spotted in Pakistan doing test rounds that is owned by Javed Afridi. Most interestingly, the British car manufacturer is looking to launch locally manufactured electric vehicles in Pakistan. Morris Garages (MG) Motor UK Limited is a British automotive company that is now owned by Shanghai-based state-owned automotive SAIC Motor. JW Auto Park signed a Memorandum of Understanding (MoU) with the British carmaker to bring electric vehicles in Pakistan. There has also been news that the Chinese president will be inaugurating its manufacturing plant in Pakistan during his visit to the country later year. Have a look at the photos of MG HS below:

Javed Afridi recently posted the video of MG electric vehicles including MG ZS EV and MG E-Motion that are expected to make their way to the local industry. It is certainly an exciting element for auto enthusiasts in the country. See below for the videos:

These vehicles will be direct competitors of KIA Sportage that has already captured the local market in a very short time. Undoubtedly, these upcoming prospects from MG Motor will be the luxurious option for the customers in the local market. However, the point of concern would be its price tag when the company introduces it in the local auto sector. These vehicles are expected to cost somewhere around 4.5 million to 5.5 million which is a highly competitive price considering the existing options in the local market. But the unstable economic conditions in the country might force the automaker to reconsider the price tag for its vehicles.MG HS that is owned by Javed Afridi, is a compact crossover SUV manufactured by the Chinese automaker under the MG brand. The vehicle was launched back in 2018 at the Beijing Auto Show.

What are your expectations regarding the vehicles of MG Motors? Let us know in the comments space below and stay connected with PakWheels for more updates on the automobile industry.