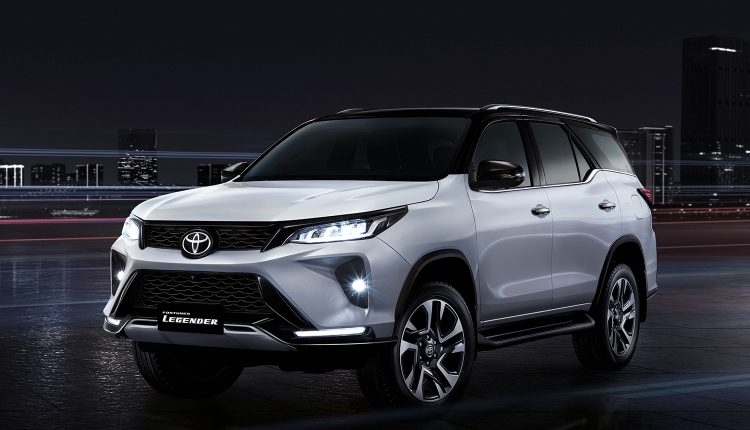 In the latest development in the automobile sector, Toyota has launched the long-awaited facelift version of its SUV Fortuner and Pick-up truck Hilux in its home market, Thailand for the year 2021.

Toyota Fortuner current generation has been in production since 2015 and received its first facelift model after 5 years. Generally, the auto manufacturer introduces the facelift version after 3 years.

The automaker has modified the higher-end 2.8-litre diesel turbo engine with the help of the Electronic Control Unit (ECU) to produce more output power and torque. It now produces a maximum output power of 204 hp and 500 Nm of torque. Previously, it produced 177 hp power and 450 Nm of torque. However, the company claims that the fuel economy won’t be affected by this major engine up-gradation to produce more power. The 2.4-litre diesel turbo engine mated to a 6-speed manual or automatic transmission has been kept the same by the auto manufacturer. It produces a maximum power of 163 hp and 400 Nm of torque.

The regular version of Toyota Fortuner gets a new face for the year 2021 which incorporates redesigned LED headlamps with LED daytime running lights (DRL’s). The company’s popular SUV also gets a larger-mesh pattern front radiator grille and a reshaped front bumper. Apart from this, Toyota has introduced a new design for the 18-inch alloy wheels. On the rear side, the automaker has provided with much slimmer LED tail lights.

On the other hand, the sportier version of the Toyota Fortuner is referred to as the Legender model equipped with top specs. It incorporates a split front radiator grille and the bumper that includes sequential LED turn-indicators with LED projector headlamps and 20-inch alloy wheels.

As far as the interior of the Fortuner facelift model 2021 is concerned, there are not many changes made by the company. However, the auto manufacturer has provided an improved and larger 8-inch touchscreen infotainment system compatible with Apple CarPlay. There is also a slight up gradation in the instrument cluster of the SUV. On the other hand, the Legender version is incorporated with a 9-inch touchscreen infotainment system inside the cabin along with an advanced safety system “Toyota Safety Sense”. 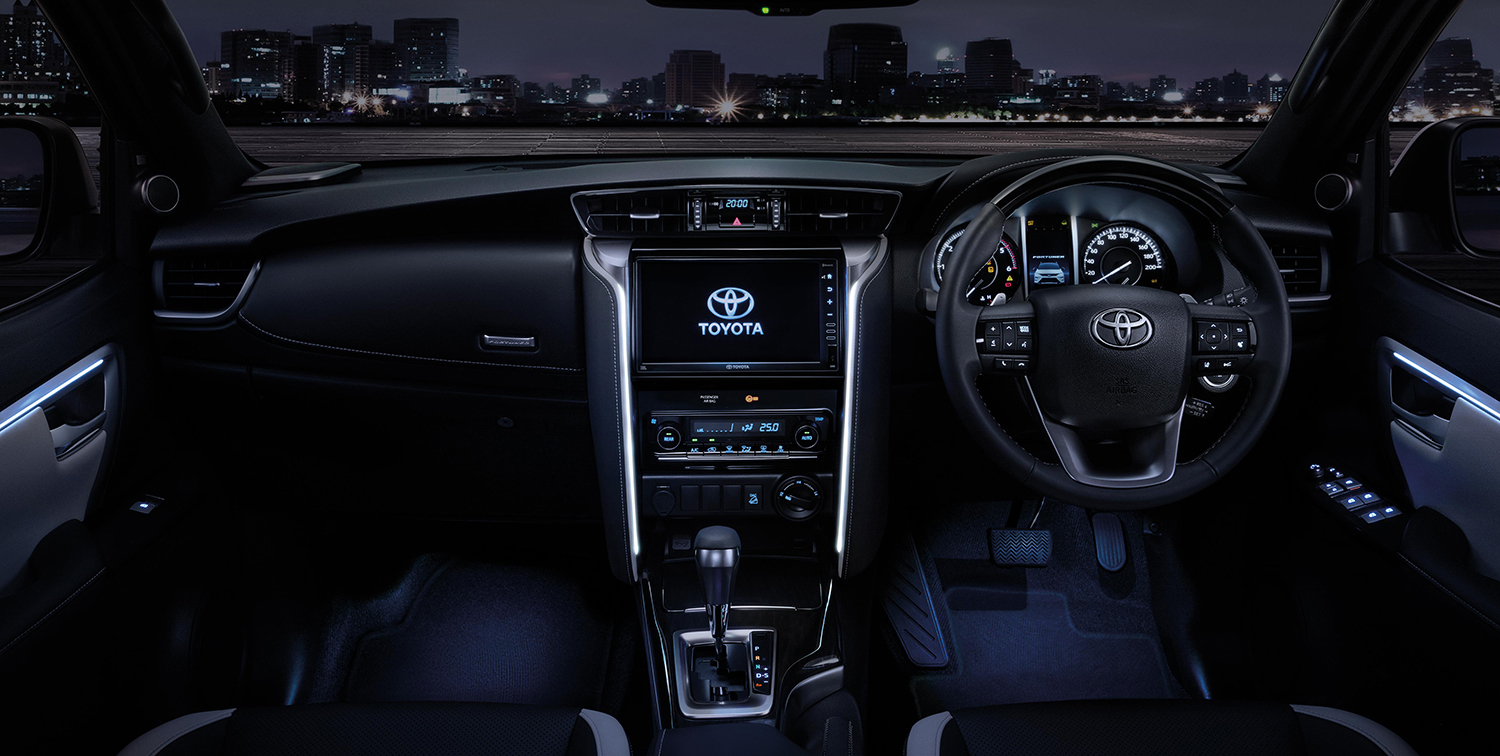 As in the case of Fortuner, the automaker has retained the output power of the 2.4-litre diesel version of Hilux. However, the 2.8-litre diesel engine gets a more powerful engine as it now produces a maximum output power of 201 hp and 500 Nm of torque. The company has also reduced the idling revolutions of Hilux from 850 rpm to 680 rpm that will help in achieving a better fuel economy.

Toyota Hilux gets a new front-end look with a three-dimensional front radiator grille and enhancement in the front bumper. The new facelifted outlook of Hilux makes its road presence much more appealing.

For the interior of Toyota Hilux, the company has added a new 8-inch touchscreen infotainment system with Apple CarPlay and Android Auto connectivity. Apart from this, the top of the line variant is equipped with Toyota Safety Sense. It includes the addition of dynamic radar cruise control, lane departure alert and a pre-collision system.

When will Toyota Indus launch these facelift versions in Pakistan?

The current generation models of Fortuner and Hilux are yet to receive any facelift version in the auto sector of Pakistan. However, as it’s now ready for its launch in its home market of Thailand, therefore, the facelift version of these vehicles will come to Pakistan at some point in time in the coming 2 years.

That’s it from our side for now. Drop your thoughts in the comments section below and stay tuned to PakWheels for more updates on the automobile industry.

Recommended for you: Kia Picanto Gets A Facelift With New Engines And Tech