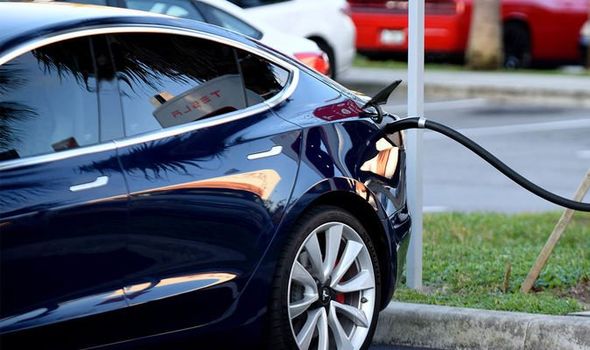 Will Pakistan succeed in converting to electric vehicles?

In a bid to save the deteriorating atmosphere, the world is switching towards the production of electric cars, gradually but eventually. The devastating impact of air pollution due to the emissions from the combustion engine vehicles is on the rise and the world has realized that there should be alternative to these smoke emitting machines. The automobile industry plays a huge part in polluting the environment along with industrial emissions. Our planet has become poisonous and the humans have become even vulnerable for it. A number of leading auto manufacturers around the globe are keen to stay one step ahead in the electric vehicle race for the sake of both saving the environment and making money in the trending industry. It’s certainly a matter of time when every other country shifts to the new technology that is not only harmless for the atmosphere but the way forward in a highly competitive auto industry. Just a couple of months ago, Pakistan was standing alone in devising any plans to introducing electric cars in the country. The arrival of Imran Khan as the Prime Minister of Pakistan has certainly done wonders in terms of even thinking to turn to the electric industry for the sake of saving the planet from complete destruction. The premier wants to keep up the pace with the rest of the world and start switching to emission-free vehicles. In this regard, he also ordered the Ministry of Climate Change to formulate a National Electric Vehicle Policy which was given initial approval by Imran Khan. However, it’s still to be presented to the cabinet for final approval.

The National Electric Vehicle Policy targets the next five years in the initial phase where it will be aimed to sell 100,000 electric cars, jeeps and small trucks. As a part of the long-term plans, 900,000 units will be sold until 2030. By 2040, there will be 90% electric vehicles of the overall vehicles sold in the country. The policy has already been opposed by the automobile industry of Pakistan. It believes that the policy includes the import of completely built units (CBU’s) instead of manufacturing anything locally which would create a negative impact on the local industry. Without any surprise, Pakistan is one of the most vulnerable countries in terms of climate change and pollution. The Climate Risk Index (CRI) states that Pakistan is ranked 8th among the countries most affected from 1998 to 2017. Every year, thousands of people lose their lives due to one or another respiratory disease. Moreover, low quality of air leads to enhanced depression and road rage which in turn causes road accidents and loss of lives.

In the developed countries, many auto manufacturers including Mercedes-Benz, Toyota, Honda, Volkswagen, Nissan, etc. have already set their plans for electric cars in the market. The former is investing $22.75 billion in buying battery cells by 2030 in line with its plans to produce hybrid and electric vehicles. Toyota aims to offer more than 10 electric vehicle models in the early part of the 2020’s. The Japanese automaker is already a leader in producing hybrid models in the car market around the world. However, its electric vehicles will make their debut in China first. The company also aims to sell every model of its line-up with some sort of electrification by the year 2025. Of the total $13 billion investment, half would be dedicated to making only batteries.

To encourage the production of green vehicles, Norway will get rid of conventional combustion engine vehicles by 2025. Similarly, France and the United Kingdom plan to follow the footsteps by going all-electric by 2040 and 2050 respectively. On the other hand, the transportation sector in a country like Pakistan has aggravated the air pollution issue to a greater extent with a share of 43% in overall environmental problems. The steps taken by the government to promote the electric vehicle industry would help in reducing the carbon emissions and those who can afford to buy them initially should opt for them to play their individual role in saving the planet. The state of the environment can be judged by the medical condition of the traffic wardens in the country who have almost all been diagnosed with some kind of respiratory disease.

Electric vehicles would bring along several beneficial aspects including improving the environment, reducing the import bill and demand for oil in the country. As much as Rs.2 billion could be saved annually with a decreased demand for oil. At the same time, there are much bigger challenges that pose a threat in introducing electric vehicles. The biggest hurdle would be the cost of clean energy vehicle that an individual will have to bear in the initial phase of the whole process. Choosing an electric car over a combustion engine vehicle roughly costs 80% more, according to the Original Equipment Manufacturer (OEM). The auto industry experts in Pakistan believe that the government needs to put in multiple efforts simultaneously to promote clean energy vehicles because it is not easy as it looks from outside. By reducing the duties on electric vehicles, imposing additional taxes on conventional vehicles and introducing tax incentives for the consumers of electric cars should be the way to go. Setting up electric charging stations is another challenge for the government in a country with a large amount of shortfall in electricity. The electric vehicles shall be designed in a way that the consumers are able to charge them anywhere they park their vehicle i.e. office, home or markets. The charging time of these vehicles is yet another issue which currently takes nearly 6 hours, however, several companies are working on reducing this time period to somewhere around 10-20 minutes in order to make them more efficient. Furthermore, the auto industry insiders should be involved in the whole process of drafting the electric vehicle policy rather than leaving it entirely in the hands of the Ministry of Climate Change.

Currently, the draft prepared by the Ministry doesn’t include several critical aspects of switching to clean energy vehicles such as hybrid vehicles. These vehicles don’t need a charging station and also reduce fuel usage by nearly 30%. Next, in the line-up are plug-in hybrid electric vehicles which help in further reduction of fuel consumption. All the developed countries initiated their switching to electric vehicles from hybrid and plug-in hybrid vehicles and so should be the case here in Pakistan. The importance of these vehicles can’t be neglected as they help in reducing the demand for oil to some percentage. The conversion to electric vehicles should be the ultimate goal in the pipeline to consider.

There are a few companies who are already keeping one eye on the EV policy to be revealed so they can execute their plans for the production or import of electric vehicles accordingly. SZS and Rehmat Group being the two of them are set to build their production plants in the country. The companies have already signed a few MoU’s with Chinese companies in this regard. Those investing in the electric industry should also look to target the cars equivalent to 1000 cc as 75% of the market share in Pakistan is captured by these cars. Once the demand will pick up, the production volume will increase and the prices would come down to an affordable range. EVs are certainly much cheaper than conventional cars in the long-term scenario.

The auto industry of Pakistan has always been most reluctant in innovation. Hopefully, the vision of PM Imran Khan turns into reality and as a nation; we get to save our environment by adopting the alternative to combustion engine vehicles. The finalization of National Electric Vehicle Policy is just around the corner so let’s all hope for a reality-basis bright future of electric cars in Pakistan.

That’s it for now. Stay tuned to PakWheels for more updates related to any further development in this story. Mention your suggestions in the comments section below.

Why should you check your tire pressure?

Mini Reveals its First All-Electric Car, the Cooper SE – But has the BMW Group Lost Direction?