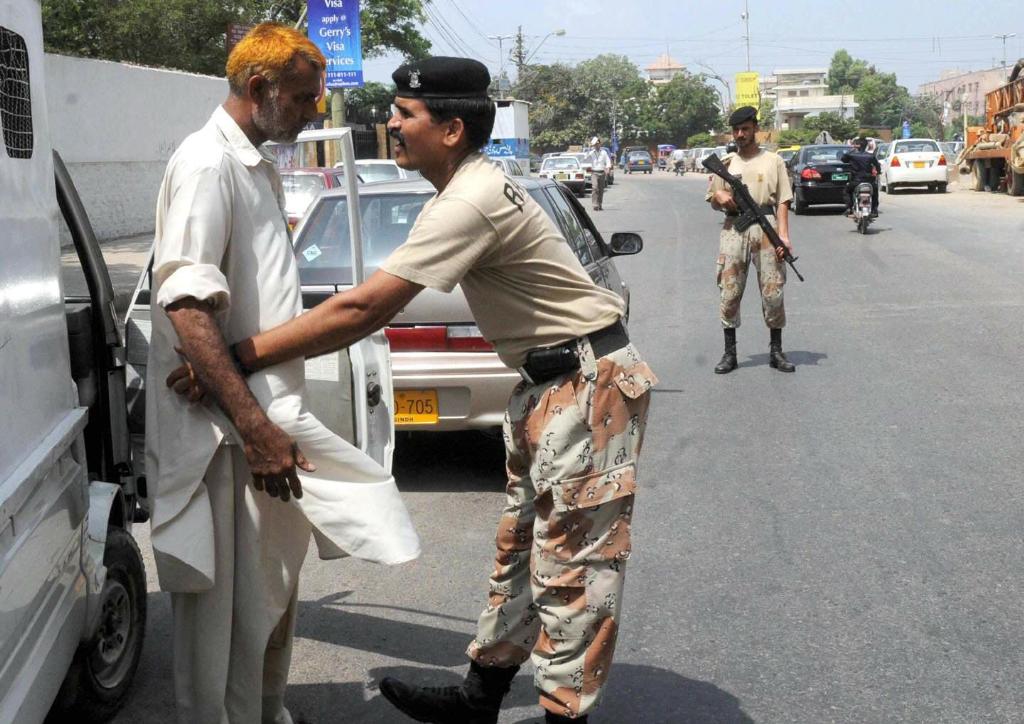 You are a terrorist, they know that you won’t admit it and if you don’t, they will impound your car. Pretty easy to slip something in your car while checking it, forget it, they don’t need to do that nowadays. Long gone are the days when a threat to phone a friend sufficed, not today. The second you make a call they cut you an FIR, hence no need to slip anything.

Sometimes, I think; am I a threat to my own Country/City?  I say I am not, I love my country and its people but you do remember the age old joke that a retard never calls him a retard no matter what.

Pillion riding is banned in the city, I wonder what the statistics are for the sales of bikes after this but I remember the day when manufacturers and importers gave bribe to stringent the use of helmets, the Traffic policeman in those days sometimes were found standing beside a cart loaded with Helmets, don’t have one, well suit yourself right here. That’s OK; I mean to say that it’s for our own safety right?

Recently, they blew up a truck loaded with a bomb weighing 500 Kilo in a red zone area. That’s the same place with the 5-Star hotels and stuff. The media reports that the truck passed infront of Governor’s and Chief Minister’s house, and I.I. Chundrigar road kisses the behind of the place where the truck blew. Nobody noticed!

Karachi is a place where most of us, especially guys leave to dine out late, sometimes as late as 1 AM like we went the other night. The city was on high alert, frankly, stop kidding us with these stupid alerts, because they don’t do any good.

Snap checking is their favorite sport during these alerts, standing in the middle of the road, completely destroying the flow of traffic and with all the bulbs and noise jacked up to full volume, even the blind can spot them from half a mile away, only a retarded suicide bomber would still come their way after that attention. Most of the suspects(mostly guys) pulled up during snap checking are accused of having a car with tinted mirrors or bikers; God bless them, getting pulled over by cops is a routine for them day in day out.

So with all the mess we have to go through to reach our dining spot, the amount of Rangers and Police dispersed on the road; they say that this is for my own safety especially during high alerts, but word on the street says otherwise for high alerts or when tension is high on the roads; as long as you have a cop or a ranger in your sight, City’s fine, but when you don’t have them in your sight, then that’s when you should be at home watching TV. Funny, how this works?

Why do cars of today look so angry?