10 Things Most Of You Would Experience While Driving In Pakistan

Driving on the roads in Pakistan will remind you of a roller coaster ride – suffice to say, it’s an adventure and not a moment passes by when you do not experience adrenaline pumping through your veins. Given the increasingly congested situation on our roads, it is becoming no less than an Olympian feat to drive through our lovely cities. Take a look at what you get to experience on an everyday basis:

Those in Karachi can well relate to this one; the mini buses decorated with the finest art work that rush through the traffic provide one hell of a ride – on top I mean since there is rarely is any space to squeeze in any more people inside! 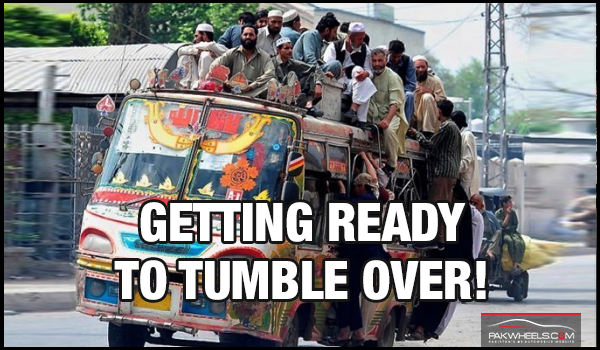 Whether it’s to impress the females or the other guys on the road, that we can’t tell but one wheeling (there’s a law forbidding it in Lahore by the way so a word of caution to them one-wheeling in Lahore) has become quite a popular stunt in our country. Jason Statham would be so proud! 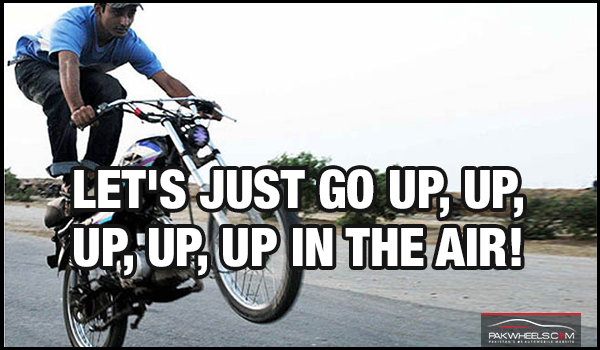 Personal space? What does that mean? Even then, who cares! In the west this concept might have a lot of importance but here we value our tradition of closeness a little too fondly. Hence, you can be as close to a car as you want as long as it’s not actually touching. 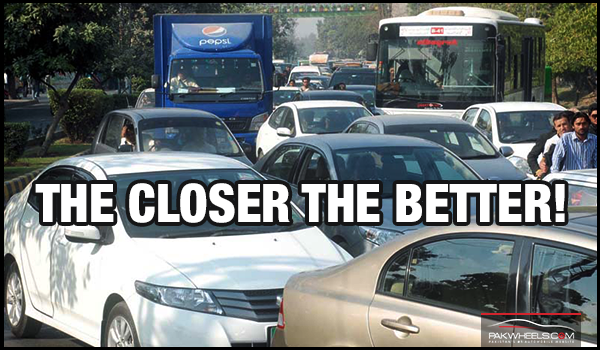 Build a thousand bridges and flyovers, if you must but this problem will still be here to stay no matter what. Every day to school or work or back from school or work or just about going anywhere – you can be certain you’ll find a traffic jam. 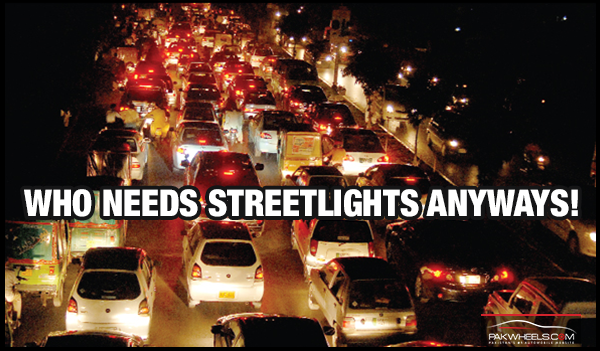 Load limits? Whoever invented that term certainly left us an exception to that rule. Load as much as you can because the only limit is how much you can put on it to get it to stay on it. 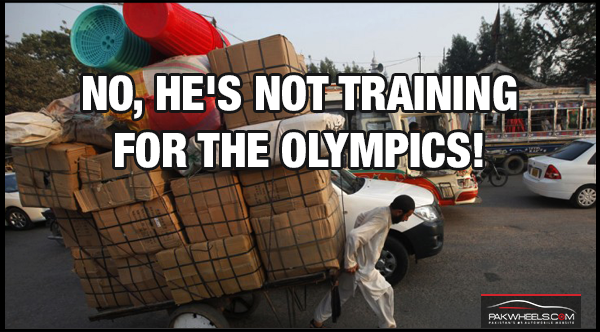 Talking about limits – three really is the minimum number of people who can fit on a motorcycle, anywhere up to 12 is acceptable – especially if you are traveling with kids. Who cares about child safety anyways, it’s so old school. 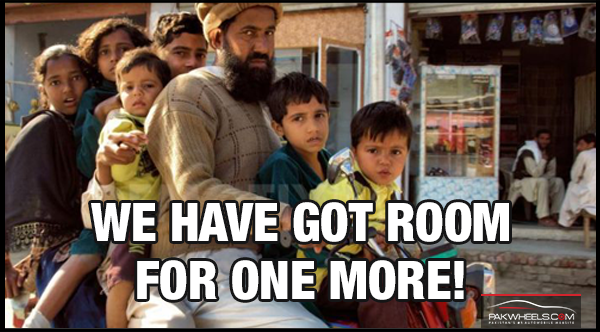 Take a look around you next time you are in the car – most of the bikes have no rear-view mirrors. Talk about road safety. Motorcyclists tend to drive looking only to the front with no rear view mirrors because, who wants all that distraction, right? Plus it messes with the Bradley Cooper hairdo these handsome boys sport so well! 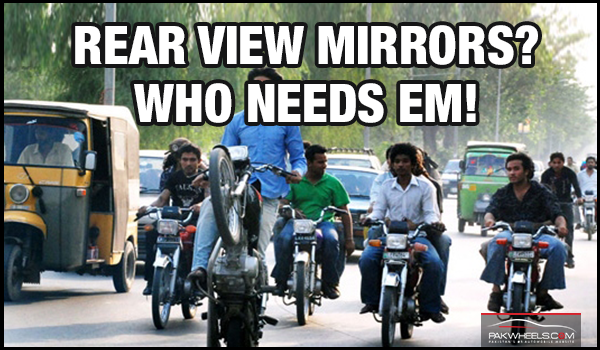 Who could forget the VIPs who have to pass through almost every other day. Forget yourself, even a person dying in an ambulance will not be allowed through. 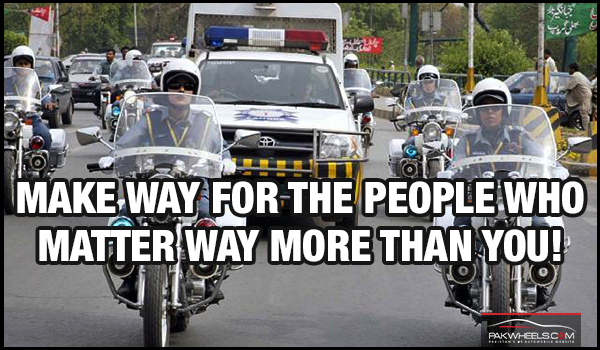 Zebra-crossing? This is as impossible to be implemented here as the concept of transparency in politics in Pakistan. These road safety thingies might come in handy in the west but here, it is done the old fashioned way (if such fashion actually even existed in the past!). 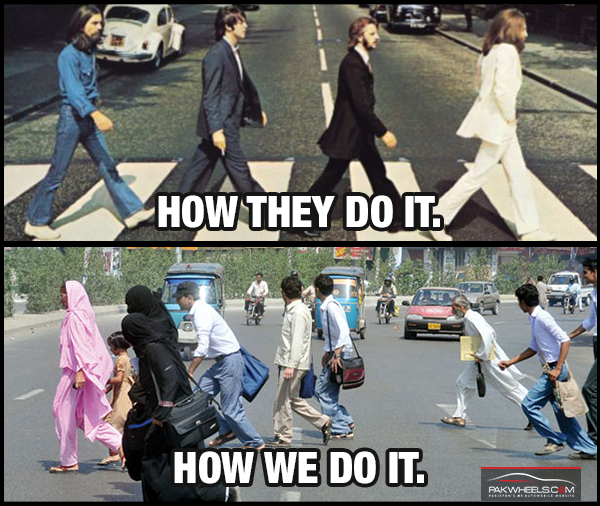 Last but not the least, who can forget the dreaded moment you get caught over-speeding (by the way, as absurd as it may sound for those who do not know, on the Khayaban-e-Iqbal Road in DHA, Lahore the speed limit is 40 km/hour. We are not sure if the road is built for use by humans or tortoises). These uniform clad individuals are barely ever there on the road controlling the traffic but if you dare trespass a red light, they will appear out of nowhere. Hey, they have got mouths at their homes to feed too! 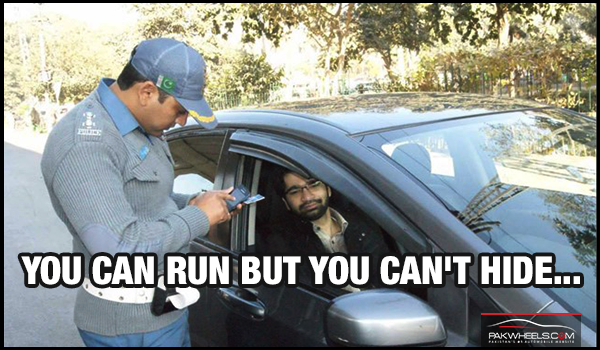 To sum it up, we say forget driving tests, if you really want to test a person’s driving, the roads of Pakistan undoubtedly prove to be the ultimate test of one’s skills. Here it’s not about pleasure while on the road most of the time, but more about survival!

Ever Wondered How Turbochargers Work