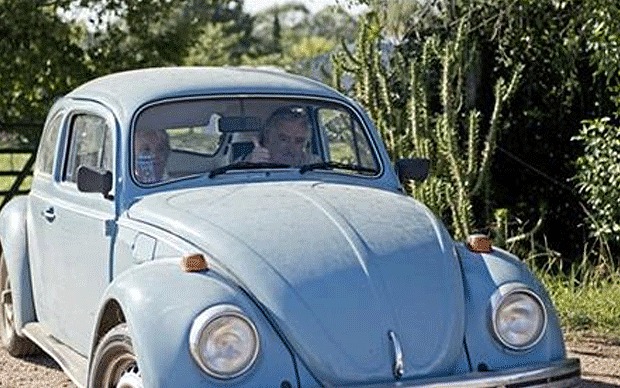 In the current era, every impossible thing can be made possible if a Sheikh steps into it. For those of you who disagree, just answer a simple question, would you pay $1 million for a 1987 Volkswagen Beetle?

The president of Uruguay Jose Mujica once given a nickname of the “world’s poorest president” received an offer of a million dollar to sell his blue Beetle as it became a symbol of the Uruguayan leaders simple lifestyle.

Mexico’s ambassador to Uruguay recently suggested to Mujica in a comfortable chat that he should auction the beetle in Mexico and predicted that the president could get 10 four wheel drive trucks for it. The humble president in reply said that if he gets those 10 trucks, he would donate them all to the Uruguay’s public health office or for his campaign workers. With the $1 million amount, he said that he would donate the program he supports that gives housing to homeless. Not generalizing, but I’m sure most of us won’t do the same as the president is planning to do.