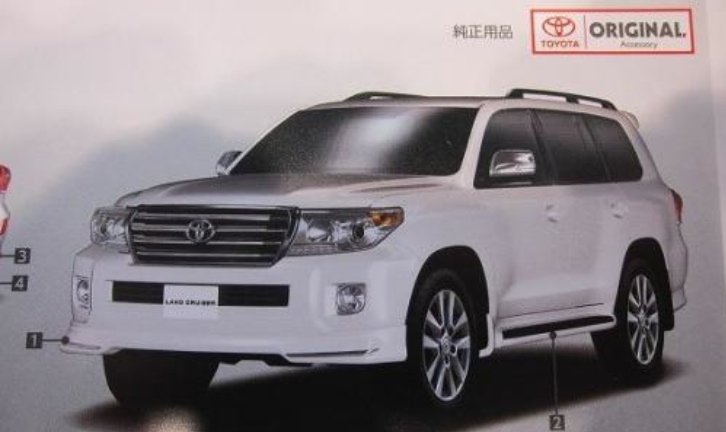 The newest model of Toyota Land Cruiser have just been around the block for a little while however, Toyota has already decided to give its premier 4X4/SUV a facelift but we’re sure that it does not really know how to keep secrets.

The all new Toyota Land Cruiser is all ready to receive a facelift according to this Japanese brochure leaked and posted on the a Russian website, pradoclub.su. As these pictures suggests that Toyota is introducing a decent level of exterior changes, including a fresh front fascia, redesigned headlights that use LED technology, as well as new mirrors.

Customers who want a different approach will be able to opt for an optional body kit that limits the vehicle’s ability, but gives it a more dynamic image. As for the cabin, this will only receive minor tweaks, such as a remodeled instrument panel and a new steering wheel.

Sourced from a Japanese brochure and first posted by the Prado-Club website, the images claim to reveal the first styling revisions to the full-size SUV since production started in September 2007.

How the world’s most expensive car crash that includes 8 Ferraris, 3 Mercedes and a Lamborghini happened