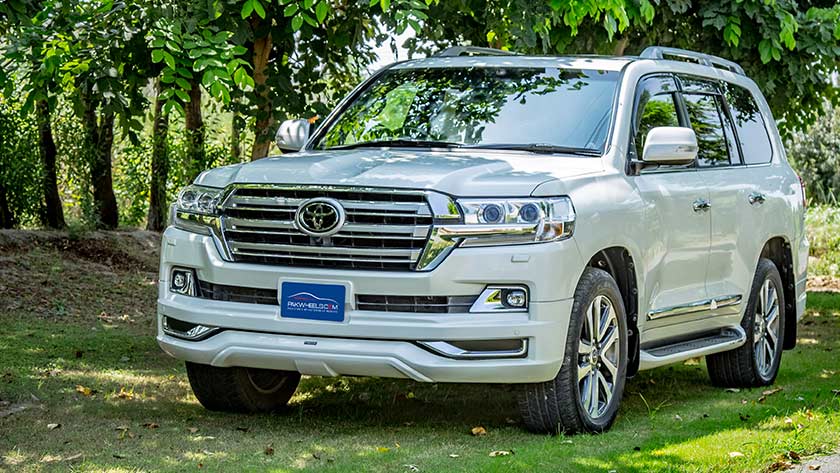 Keeping up with the spirit of bringing exclusive detailed reviews of vehicles for our readers, this time too, PakWheels.com is bringing a detailed review of 2016 Toyota Land Cruiser ZX variant for its esteemed readers.

The Toyota Land Cruiser comes in different variants such as GX, AXG, and ZX, etc. The difference in these particular variants is that of features and engine transmission. As mentioned above in this write-up we will be focusing on 2016 Toyota Land Cruisers ZX JDM. Japanese Domestic Market (JDM) vehicles are imported from Japan and are not produced locally.

Without further ado, let’s dive into the review:

The exterior of the 2016 Toyota Land Cruiser ZX is wholly different to the pre-facelift ZX, its headlights, front grille, fog lamps, hood as well as its bumper all are revised and different from the previous Land Cruiser. The hood of the car has nice curves, which was not available in the previous iteration of the same vehicle. One can say that the nose of the vehicle has been made altogether new. 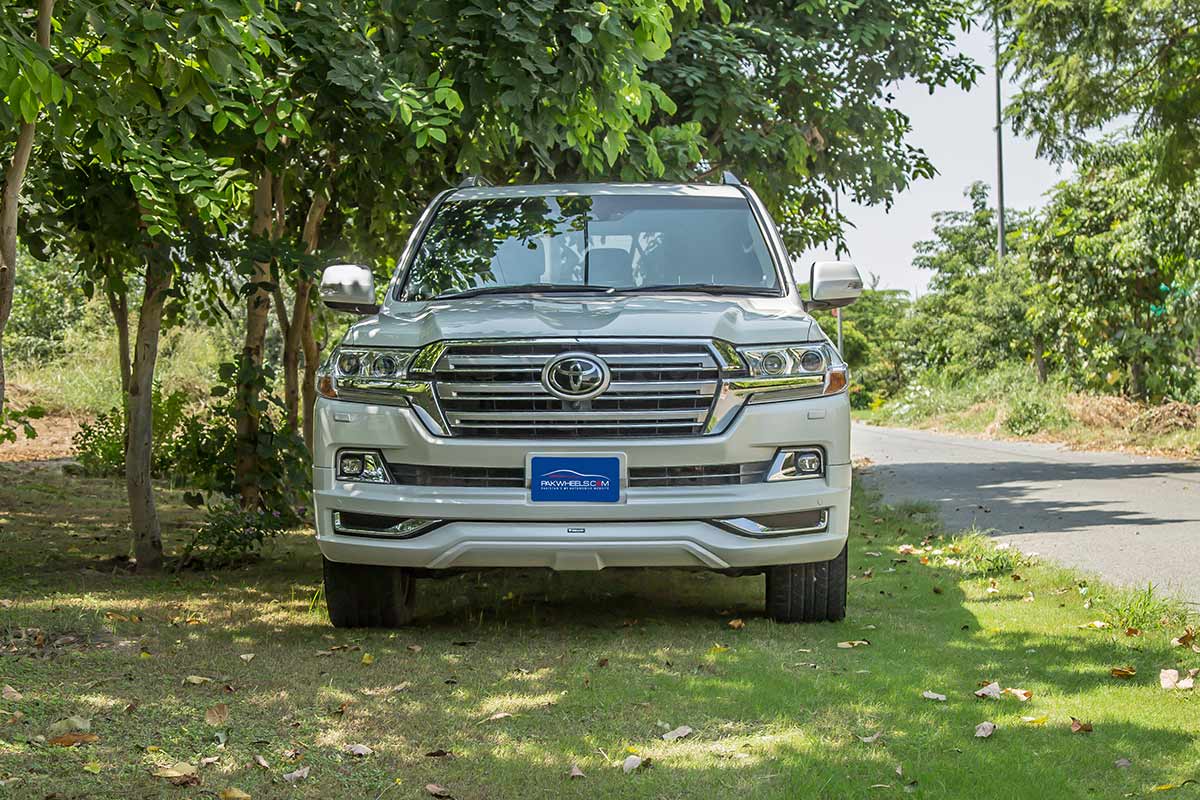 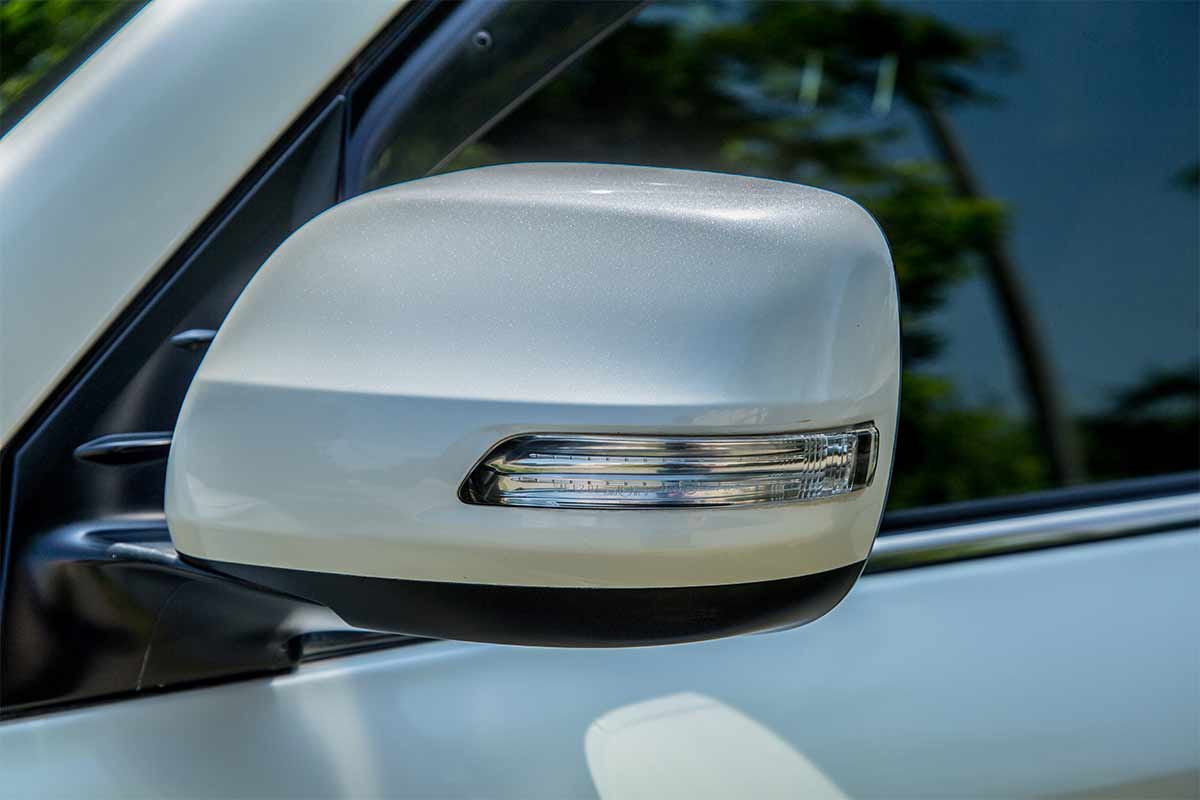 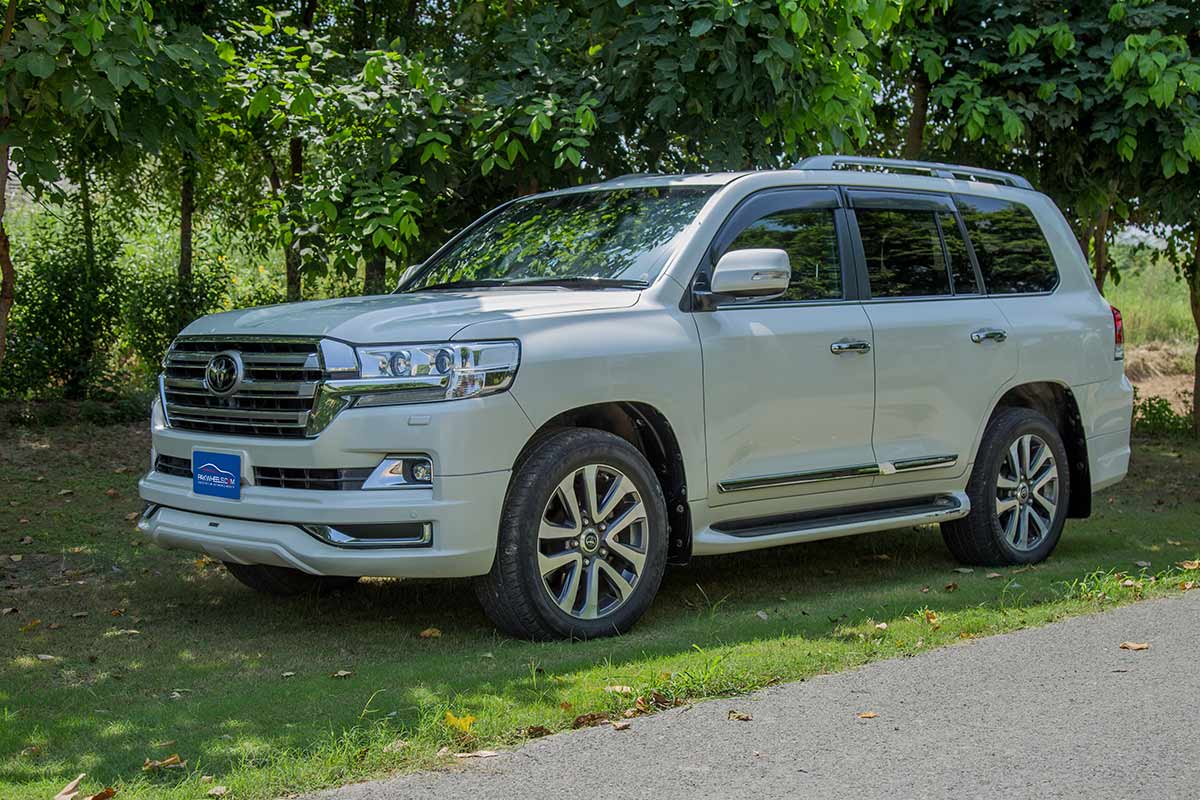 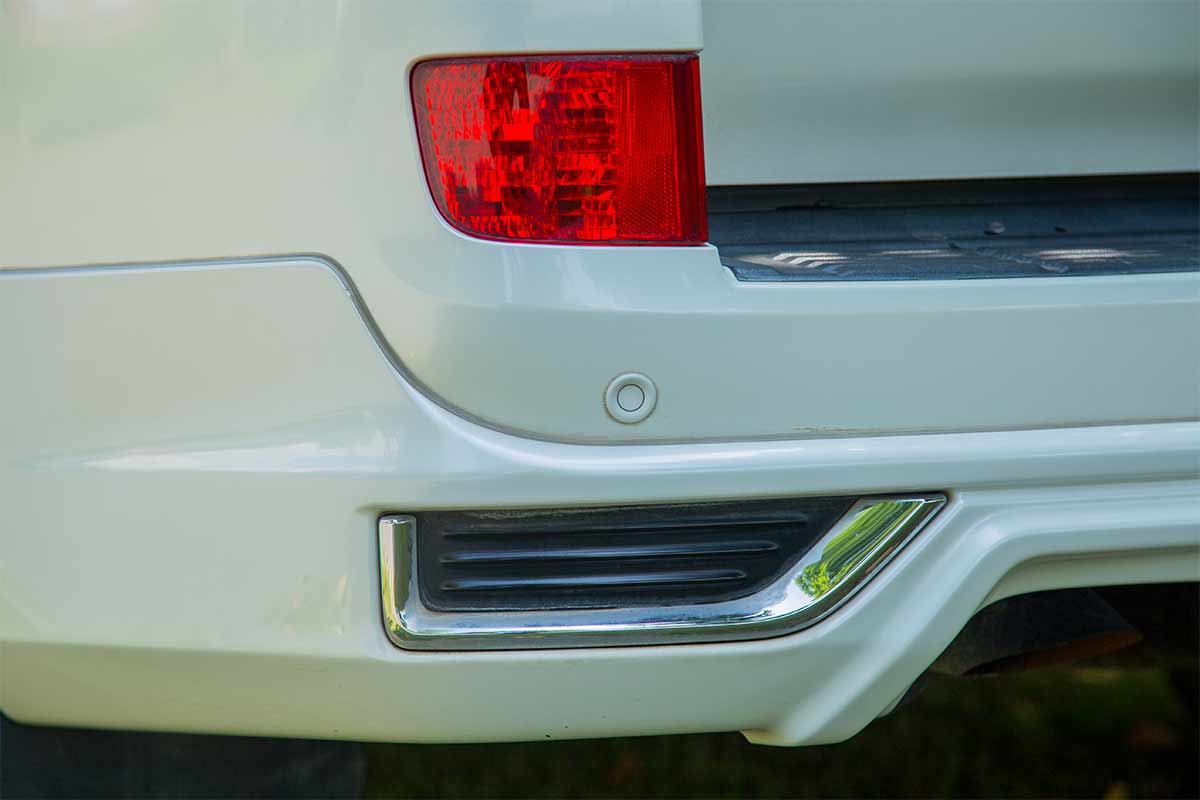 The fenders are also quite different, a layman might not see the difference, but the one who has been into such type of cars with one look can easily tell that the company has slightly updated the fenders.

Moreover, the vehicle comes with the same 20” alloy rim, which was present in the previous iteration, but with a different design. The side profile of the vehicle is the same as the pre-facelift, the doors and their handles and side mirrors are all kept the same as the previous models. However, the chrome garnish at the doors of the car was flat, but the company has pronounced it a bit, which, in my opinion, looks good and attractive.

The rear of the car is not updated comprehensively; just minor changes have been made in this regard. Toyota has changed the formation of backlights and the boot, otherwise its the same as the previous pre-facelift ZX. One thing to mention here is that the roof spoiler has got an upgrade, it’s now more compact and smart, not extended as the previous ZX. The car is equipped with auto-tailgate, which means one can open and close the boot with just a touch of a button.

It is imperative to mention here that almost 58 different parts are changed in the exterior of 2016 ZX compared to the 2015 Toyota Land Cruiser ZX. One can easily change the outer facial look of 2015 ZX and make it look like 2016 ZX, as almost all the parts are available in the market. But the interior of the car would be difficult to upgrade, as the part like speedometer is scarce and costly at the same time.

In 2007 and 2008, the Toyota Land Cruiser was being sold in two different variants AX and AXG. However, ZX was not introduced at that time. Land Cruiser didn’t have Airmatic suspension until ZX was launched in 2009, and company equipped the car with an Airmatic suspension and also changed the engine of the car from 4.7L engine to 4.6L. The company trimmed down the engine, but the newly introduced was high compression one, its output was, and BHP was increased. The difference between the bhp of the old and new engine was around 70 bhp, which according to me is quite good.

As I drove the Cruiser, it never felt underpowered, there is no lag in it while delivering the power, you just floor the accelerator, and it gives you the required response. The car drives smoothly and can easily be compared to any German brands such as Range Rover. There is a concept that Japanese compared to the German counterparts are not that much smoother and lack comfort, but this ZX variant has certainly shattered that image as it provides best handling, comfort, and smoothness.

Due to the Airmatic suspension introduced in 2009 with the ZX variant, its overall drive performance was quite different from the AXG variant. The driving comfort of ZX is great. Indeed, one can feel the luxuriousness of the car while driving it. The suspension of the Land Cruiser is just impressive, as you won’t feel any bump while driving the vehicle, it passes through all the potholes with ease. The ground clearance is also impressive, with much speed and carrying maximum passengers; it didn’t touch any speed breaker.

The brakes capabilities of Toyota Land Cruiser are quite good just like all other variants.

As far as the car’s interior is concerned, the passenger side dashboard is hundred percent same as the previous version, but the central console, information cluster, steering wheel, and speedometer all have been changed if compared with the previous one. The previous version had a flat outlook of central console, information cluster, etc., but in this 2016 version, they are more pronounced, sleek, stylish, curvey and more appealing to the eyes.

The speedometer is quite similar to 2009 LX- 570, you cannot differentiate between the dials of both of these vehicles.

The Bruno and black interior of the ZX is quite awe-inspiring and a treat for car lovers. The vehicles come with a tyre monitoring system, hill-assist, adaptive cruise control system, etc. Furthermore, the ZX variant comes with height control option as well. 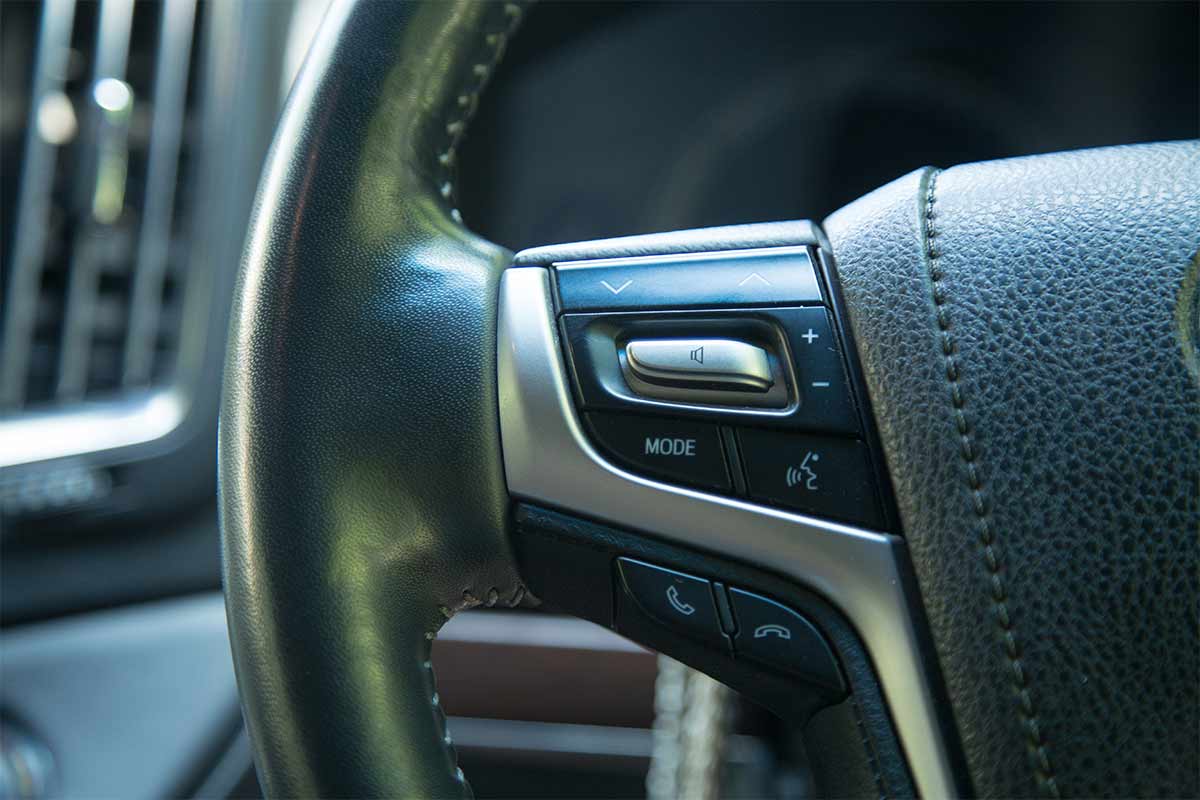 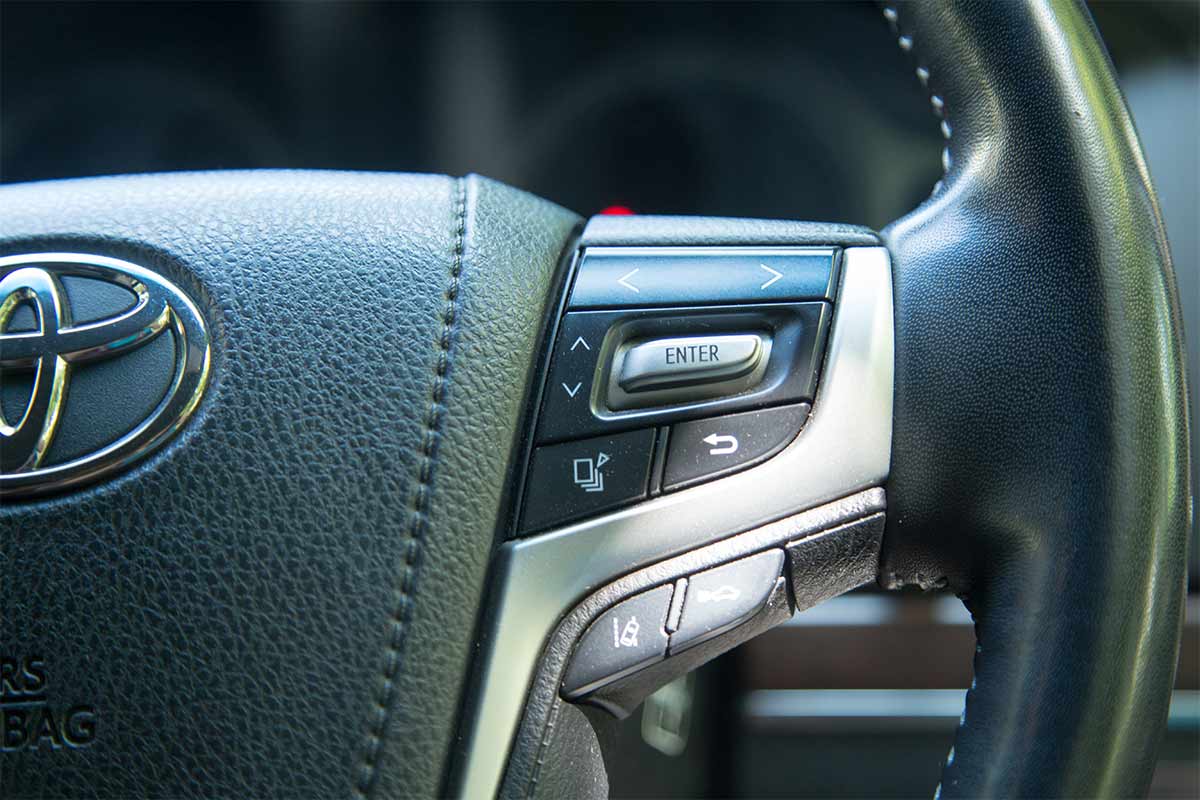 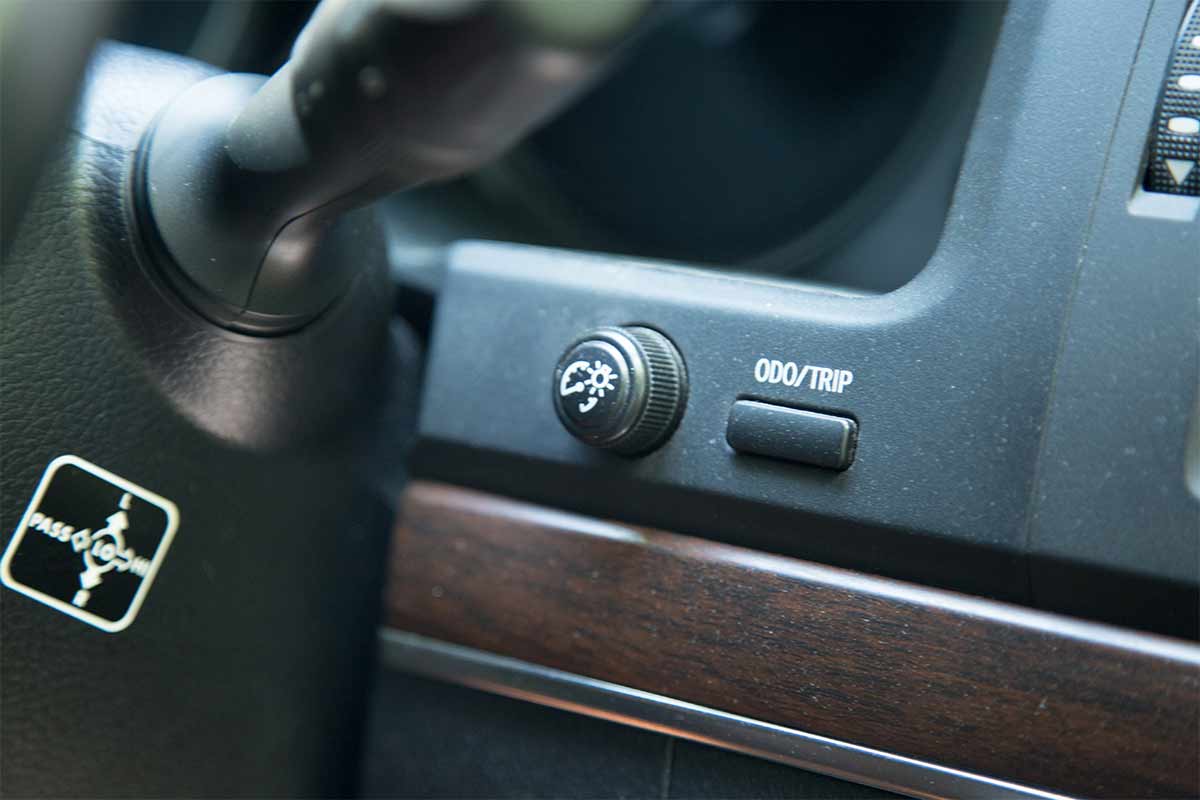 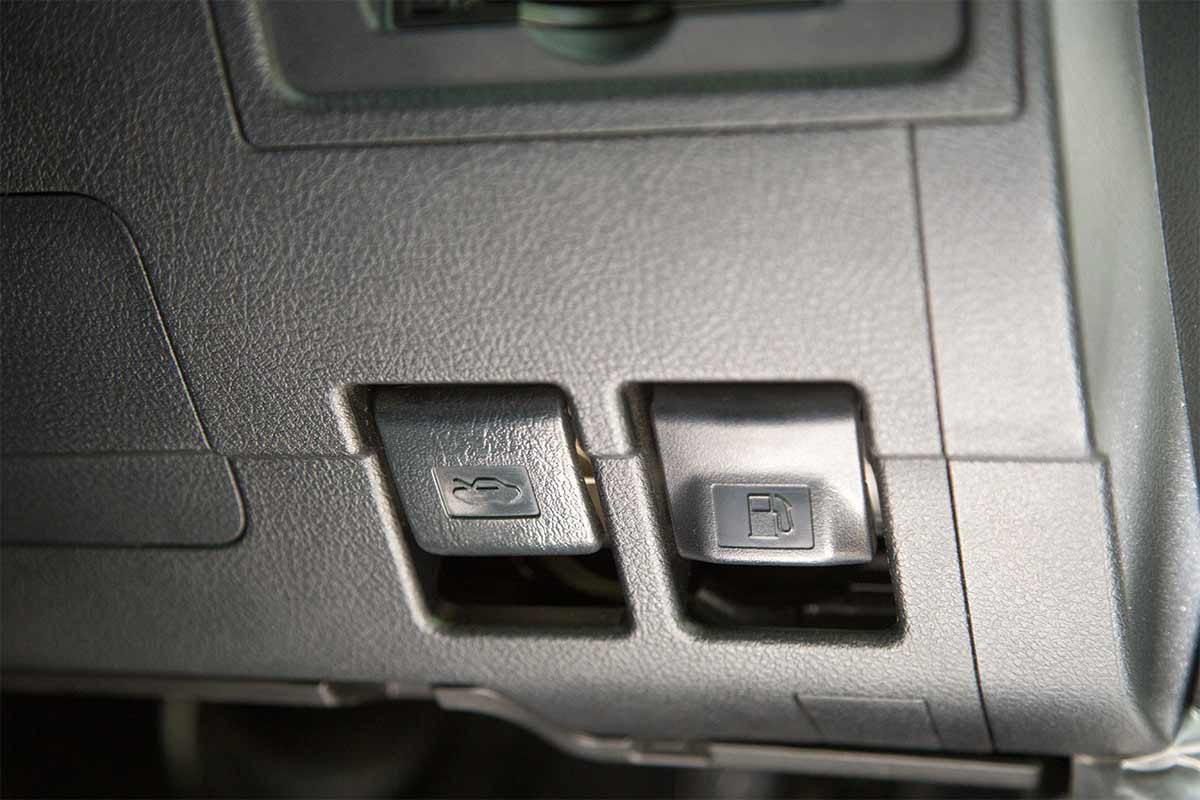 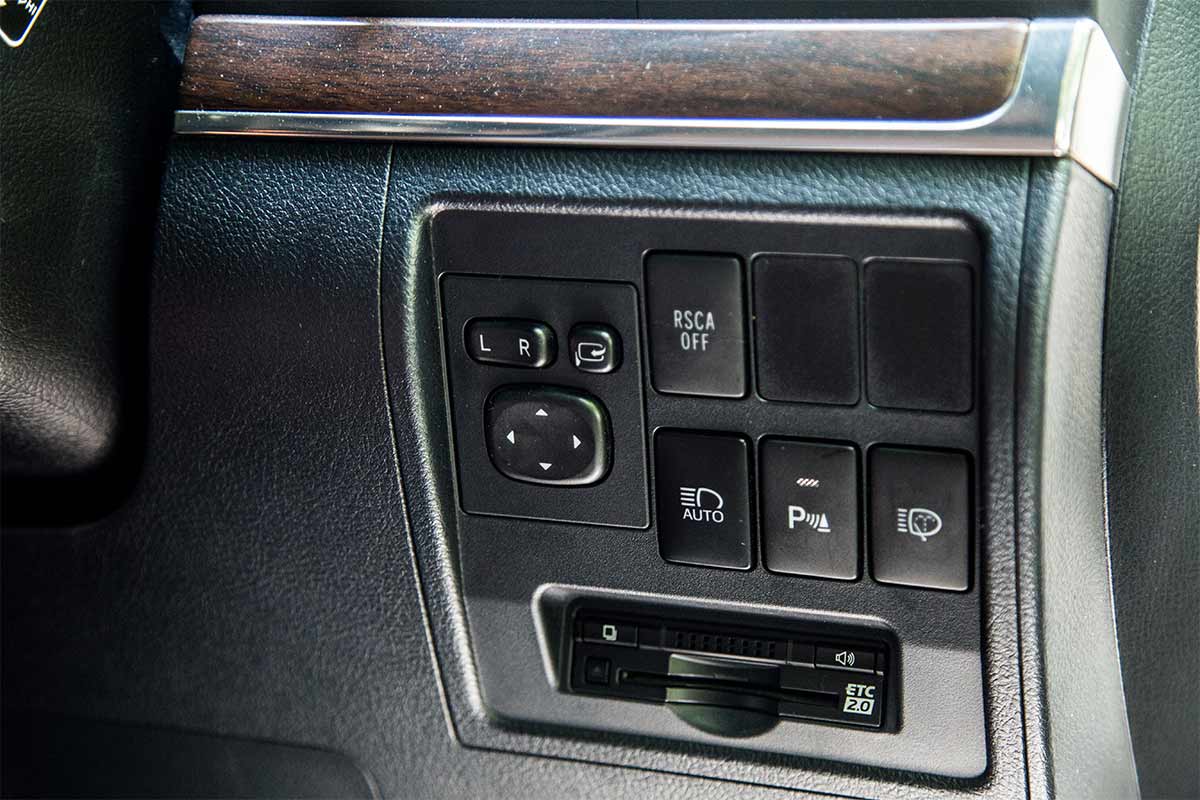 Land Cruiser comes with both heated and ventilated seat options. Additionally, the seats can be adjusted electrically, which can be moved with a push of a button. Lumbar support is also available in the seats. These features also came in the previous variant, so there is not much surprise. Moving onwards, the headroom and legroom of the vehicle are impressive, and you won’t feel suffocated while sitting in the car.

2016 Toyota Land Cruiser ZX comes with unique features such as Blind Spot Monitoring (BSM). There are blind spots in big vehicles like Land Cruiser and Jeeps, and people don’t know if any traffic is coming from the back. So, with this feature, the person driving the car gets alarmed when another vehicle is coming from the back. This feature comes in handy when one is reversing its vehicle from a parking spot and also while changing lanes on a highway.

A small light will pop up at rear mirror telling the driver that there is a vehicle coming from the back so the driver could drive more cautiously. Technically, in my humble opinion, this is by far the best feature in the 2016 Toyota Land Cruiser ZX comparatively.

The good thing about this car is that you can change the language of the infotainment system from Japanese to English, however, one thing that might land the owner of this vehicle into problem is the software of the infotainment system, which is installed in a memory card and  gets corrupted easily, making it difficult to be installed again. Even if you find someone who can help you in this regard, it will certainly cost you a hefty amount.

There is also a cooling compartment in the car, which comes as an add-on. However, the SUV which we reviewed was fully loaded, so this option came as stock in this.

Before 2016 variant of the ZX, consumers were given the option to install three cameras, but now one can opt to install four cameras in the car, one in the back, one in the rear while remaining two on the left and right mirrors of the vehicle.

Auto dimming mirror comes standard in ZX, but not in AGX.

Japanese brands especially Toyota is known for its rigidness, but this 2016 Toyota Land Cruiser is pretty much sensitive. After running the car for 30 to 40 thousand kilometers, the catalytic converter of the vehicle gets choked. We also contacted a few 2016 ZX owners in this regard, and they reported the same sensitivity of this vehicle.

A new catalytic converter costs much, and if it gets choked after every 30 thousand kilometers, it would certainly be a pain in the back for the owner. This is one of the things which I dislike about this particular vehicle. Yes, it is true that oil quality in the country is not up to mark, but still, Toyota is expected to provide quality under any condition.

Other than these above-mentioned faults, the known fault of this vehicle is that the cooling system starts to leak after 50-60 thousand kilometers. There is a recall from the company to sort this problem in the vehicle, but consumers in Pakistan won’t get any benefit from this recall.

On long routes, it gives 7 km/l fuel mileage, and in the city, it gives around 5.5 km/l, it is slightly better than the previous version of ZX.

If we compare the 2016 Toyota Land Cruiser ZX and its previous variant, then there is a difference of PKR 10 million rupees in both of them. The 2016 ZX is 10 million costlier than the previous version.

Now coming to the most important thing and that is spare parts availability. There is no issue of spare parts in Pakistan as this is a Toyota vehicle. All parts whether its engine, side mirrors, and other body parts, etc. can easily be purchased from the local market at a reasonable price.

If you are willing to purchase 2016 ZX Cruiser, remember, it comes in different price tags, ranging from 210 – 275 lacs depending upon the features and condition of the car. In this price bracket, the other options could be Porsche Cayenne and Range Rover. Despite these options, in my opinion, in our local Pakistani market Toyota Land Cruiser is undoubtedly the King of SUV off-roading segment. This is the reason that no other SUV or vehicle has beaten Land Cruiser in this segment in Pakistan.