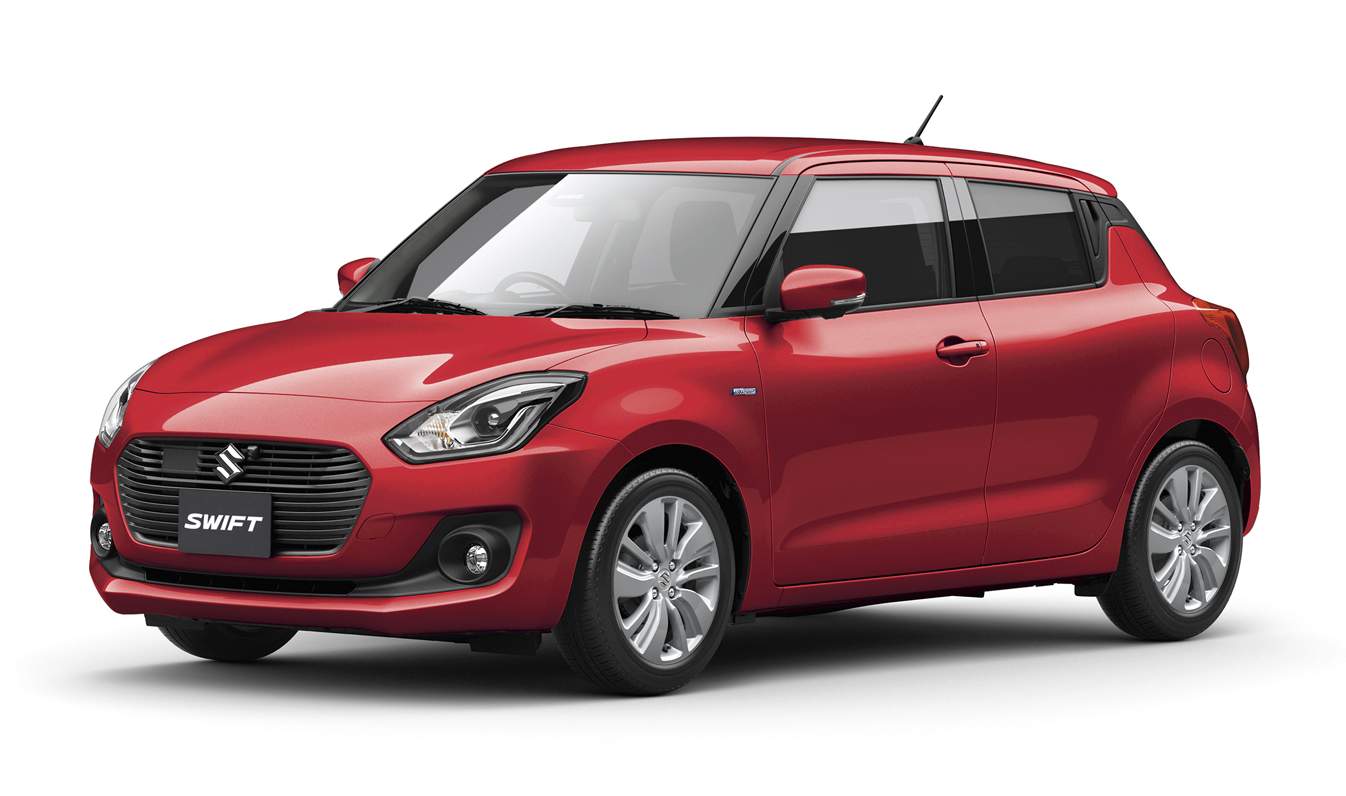 Suzuki Swift is a hatchback car that is quite famous not only overseas but here in Pakistan as well. It has been observed that Pak Suzuki has not offered any noteworthy options to its customers in the category of hatchback cars however, Swift is always considered as an exception. Suzuki global had been working for quite some time to bring the next generation of the Swift to the market. Overseas, the current Swift arrived back in the year 2010 and was looking for a fresh face in the form of a fourth generation and today, its officially revealed in the land of rising sun; Japan. Swift is a sort of bread and butter for Suzuki brand and it can be judged from the fact that, Suzuki has been able to sell more than 5.3 million units of this car worldwide since 2004.

The all new Swift seems to have more of evolutionary changes, rather revolutionary and to some, the new car might not look different from the previous generation. But the new Swift is underpinned by Suzuki’s new platform known as HEARTECT, which is also in use by the new Baleno hatchback, which is improved, rigid and lightweight in comparison to the previous generation Swift.

As per Suzuki, by adopting ultra-high tensile strength steel plate in a wide range such as upper body, it achieves both weight reduction and high rigidity and extraordinary fuel efficient running. 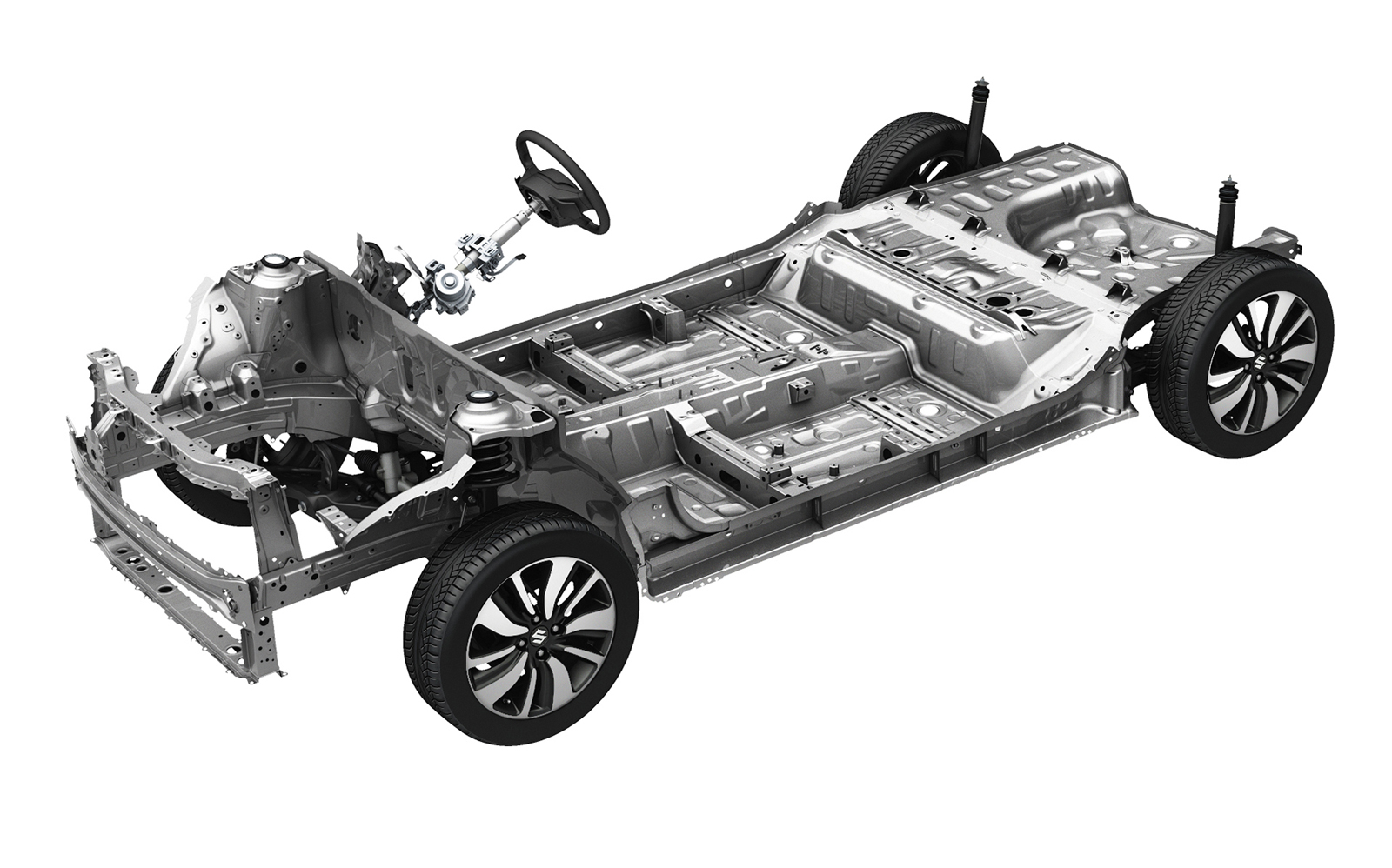 On the exterior, the new Swift gets a new front face with a new grille design [Audi/ Hyundai Elantra looking] and angular headlights, which make it look aggressive and sporty. Although you might notice a little bit of Jaguar F-Type at first glance. On the rear end, there are not a whole lot of changes but it has received a new shaped spoiler, newly designed LED taillights as well as a new hatch door design as per Suzuki. This might look odd to many but the door handles for the rear doors are no more on the door at conventional location, rather now on the edge of the door at the C-pillar contact. Many crossovers have the door handle there so I think it will grow on us later in the day.

The new Swift has been made available in 5 different trims in Japan, with three transmission options and 2 engine flavors, depending on the trim. As far as the engine is concerned, there will be a 1000cc three cylinder turbo engine [K10C] with power figures of 100.9 hp and 150 N.m of [email protected], while a 1200cc [K12C] DualJet naturally aspirated engine will result in 89hp and 120 N.m of torque. In Japan, top-of-the-line variant RSt will be equipped with the 3 cylinder turbo engine and will sit higher as far as price is concerned as compared to other trim levels. The 1.2L engine is available with both 5 speed manual as well as CVT. Suzuki has given the turbo model, an exclusive 6 speed automatic transmission and it’s also available with paddle shifters. There will be no manual option for the 1.0L turbo engine. Front wheel drive is standard on 1.2L Swift but customers can choose a 4 wheel drive option while the turbo model is only available with front wheel drive.

The Swift will also be available with Suzuki’s mild hybrid [SHVS] system on 1.2L engine. This not only improves the fuel economy but performance as well. Basically it’s a form of regenerative braking energy, where there is a generator, which produces energy while braking and it’s stored in on-board special battery. The energy is used while the car is in motion and is transferred to engine with the help of a starter motor when an extra torque is required. Suzuki predicts a combined fuel economy of 27.4km per liter for this model as per Japanese fuel economy rating JC08. This model will also be equipped with Idle Start/Stop feature.

The new Swift will have 4 wheel disc brakes as standard, while there will be MacPherson strut at front and Torsion beam suspension in the rear. Swift will be equipped with Rack and Pinion steering assembly with minimum turning radius of 4.8 meters, which makes Swift easy to navigate even in narrow roads and streets. The new Swift will be fitted with 185/55, 16″ alloys [except base model which has 15″ steel] wheels. ABS with electronic brake-force distribution will be a standard feature.

Let’s jump inside and you will be greeted with new interior in the form of a newer dashboard, which looks little bit similar to the newly released Suzuki Vitara. There is a new cluster with MID LCD to display vital vehicle information. The new air vents and a newer central console with climate control and entertainment unit, are also noticeable. There will be new 7″ display head-unit with apple car-play, android auto compatibility. Single zone automatic climate control and new gear level design is there. Key-less entry as well as push start/stop button have also been made available. On safety front Swift never disappointed even on the last generation and got EURO NCAP top safety ratings. Apart from 7 airbags, the new Swift is equipped with an active safety package which is available as option while it’s a standard feature in top of the line Turbo Swift. This includes a collision mitigation system which operates with help of camera and laser sensor mounted in rear view mirror facing forward, lane departure as well as high beam assist, which dips down the headlight automatically detecting oncoming traffic.

For the first time, adaptive cruise control is also made available for the new Swift, which makes it a lot safer than before. The new Swift is 10mm smaller in length than the outgoing model but the rear legroom is increased by 20mm.  Moreover, the cargo capacity has been increased by around 55 liters over previous generation and now stands at 265 liters.

Suzuki didn’t release full details on specifications but the new Swift will be for sale with effect from 4th January 2017 in Japan, followed by other markets like India and Europe later in 2017. No details have been released on the price as of now. In Pakistan, we can assume that later in the year 2017, Pak-Suzuki might replace the current generation Swift with the new one. Let’s hope to see the new face soon.

The Most Sought After Car Colours – Is White the Benchmark?

Prev Next
32 Comments
Leave A Reply