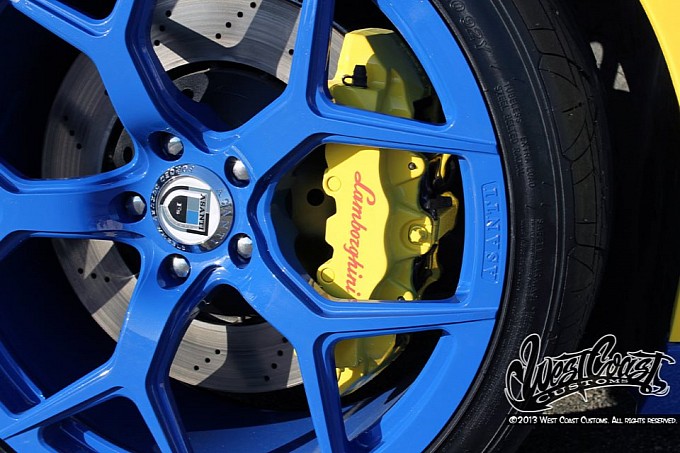 We’ve all loved Hot Wheels through out our childhood and in some cases, we still do, collecting them in a showcase that becomes the best part of our homes. Time of playing with them has however gone past us, if we with them now, we’ll look like a bunch of fool and get awkward stares. So one of the most hated rappers in the U.S. decided to get his Lamborghini Gallardo painted like a Hot Wheels so he could play with it, not yet look bad but, what he didn’t realize it has sort of become a ricer.

The project is quite clearly the work of West Coast Customs, even though the tuner only released one photo of the new Asanti wheels on their Facebook page.

The rest of the car we’ll have to figure out ourselves using the only photo Chris Brown released on his Twitter page. So, here goes! The front bumper is clearly Reventon-themed. It’s got an unnatural point in the middle and two rectangular air intakes that for some reason have squared off edges, like a child-proof toy. 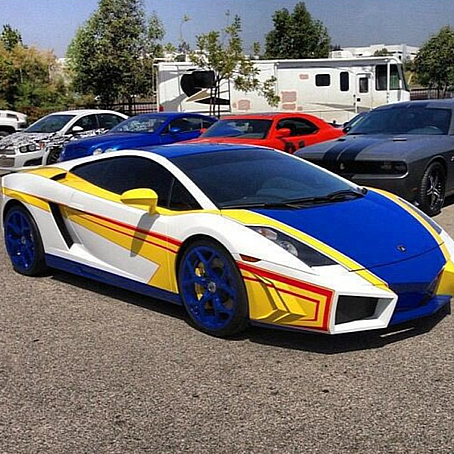 Children like to play with toy cars and we sometimes join them too giving families a chance to laugh at us but they understand, this Gallardo however has been forever lost. There’s a difference between toys for big boys and young children.

Toyota’s ME.WE concept is everything you want it to be