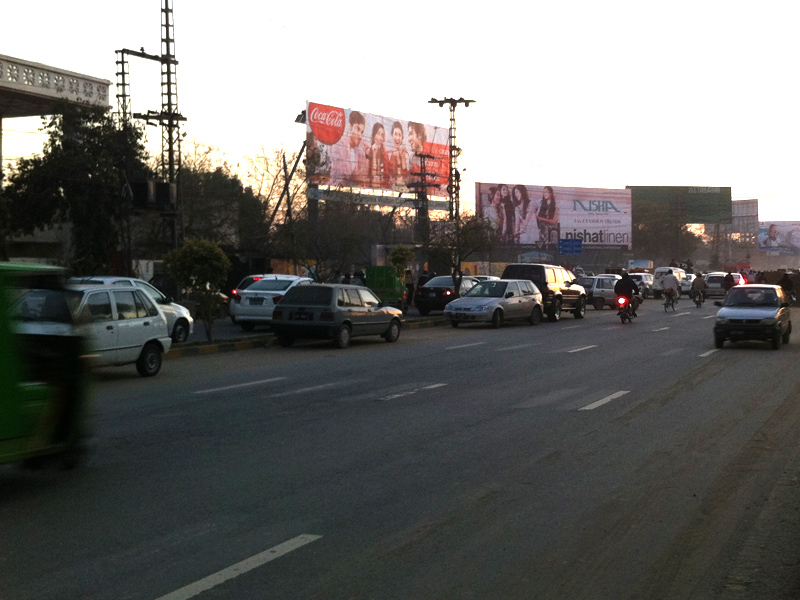 A View on Pakistan’s Automotive Industry

Pakistan’s automobile industry made its humble beginnings in the year 1953 under the umbrella of National Motors Limited established in Karachi. Assembly of Bed ford trucks were the first output of this sector and with the passage of time buses, light trucks and cars were added to the portfolio. The deregulation policies of 1990’s then opened doors for foreign manufacturers to enter the local scene and to this date they continue to reap returns from a lucrative market. Presently 3 major players dominate the market and include Pak Suzuki Motor Co. Ltd and Honda Atlas Motors. Pak Suzuki Motor Co. has an almost complete monopoly in the small car segment as it faces almost no competition other than the single odd now discontinued Daihatsu Cuore produced by Indus Motors. In the Subcompact Sedan segment Toyota Corolla, Honda Civic, Honda City, and the Nissan Sunny are currently the only cars in production. There are still no locally made SUV, Mid or Full sized sedans available. The automobile sector can be categorized into 6 major segments which are cars & light commercial vehicles (LVC’s), two and three wheelers, tractors, trucks and buses, Accessories and part manufacturers and Vendor Industry. In assessing the current scenario of the sector there are 3,200 units of automotive industry with the investment of Rs92 billion, employing 1.8 million people and producing annually 1.8 million motorcycles and 200,000 vehicles. The magnitude of this industry can further be judged by its contribution to the national exchequer which is nearly 50 billion which is roughly 3% of the GDP. The sector provides employment to 3.5 million people and plays a pivotal role in sustaining a blossoming vendor industry. However with all its glory there are daunting challenges which are undermining the growth of this giant sector.

The infrastructure frailties coupled with bad governance are dragging this sector down. It has been well documented that Pakistan is going through one of its worst economic periods in its history contributed largely by chronic electricity and gas shortages which are haunting every other sector in the country. The government has failed to lend any form of support to facilitate growth in this sector and has done more damage by allowing the influx of five-year-old used cars into Pakistan. During the last six months almost 25,000 used vehicles have been imported, amounting to 25 per cent of the total market demand for automobiles in the country and causing an annual loss of sales revenue worth Rs20 billion to the parts-manufacturing industry. These cars provide a more economical option for people leading to fall in demand for locally assembled vehicles. The spare parts industry having a complementary relationship with the automobile sector is also feeling the pinch as the market for parts has shrunk by 30%. Although present circumstances point towards a bleak future but all hope is not lost. The government has revised its import strategy which now has cut the period of imported cars from 5 years to 3 years used cars. As a result imported vehicles will to a certain extend lose their charm and local assembled cars will regain their market. The auto-part industry is a potential prospect that shows encouraging signs. The auto-part Industry is generating exports of Rs128 million with huge room for achieving greater heights. Investments from Japanese car manufacturers is also on the horizon as many big Japanese auto-industries investors are seriously planning to shift their units to Pakistan from Thailand due to volatile environmental conditions.

In conclusion, the automobile sector of Pakistan has just touched the tip of the iceberg and there are numerous opportunities which present themselves. However prudent policies are required for the sustainability and progress of this sleeping giant.

“The New Toys on the Road”