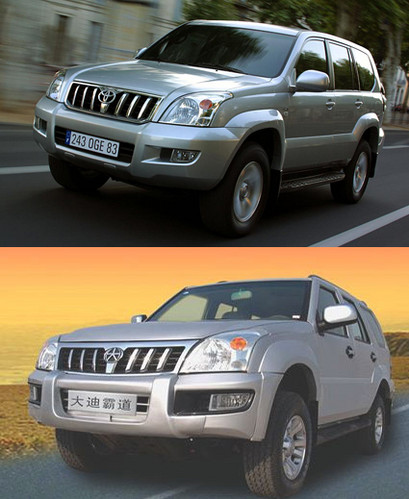 In 2009, we saw China surpass the United States as the largest automobile market in the world. It has also overtaken Japan as the world’s largest automobile producer. These achievements seem even more incredible when we consider that less than 3% of Chinese citizens own their vehicle. This phenomenal growth, from 30,000 passenger cars to 8.3 million per year, is accelerating even more. China is also busy building expressways to accommodate all these vehicles. From 2001 to 2005 over 15,000 miles were added which by now has reached over 25,000 miles. Total expressway miles in China will surpass 46,000 miles in the United States within the next decade.

When we look at the preferred mode of transportation, a trusty two wheeler, for Chinese citizens even now, one must take a deeper look at the road taken by the automakers and see if other developing countries like Pakistan can replicate it. The laws in China are quite restrictive when it comes to foreign manufacturers setting up shop in the country. A domestic partner is required; effectively enforcing technology transfer, indirectly. Extremely lax intellectual property laws and almost nonexistent enforcement helps immensely.

Effectively, it amounts to economic terrorism sanctioned by the government and equally assisted by the judiciary by ignoring even the laws that are already in place. It is one thing to have protectionist policies in place, which is not uncommon even in developed countries, but encouraging blatant theft of others hard work is completely unethical. German Chancellor Angela Merkel declared state sponsored product piracy by Chinese automakers a very serious issue. To get a better picture, let’s look at a few pirated designs:

“If a car suddenly appears that looks like a Smart, yet is not one but a copy which was produced not quite legally, then that is not great”, Angela Merkel stated. The theft doesn’t stop just at vehicle design; few Chinese automakers have gone as far as designing logos very similar to well known brands like BMW and Toyota in an effort to fool the unsuspected public not so familiar with these iconic brands in developing countries and the homeland. Some these deliberate theft cases of intellectual property were brought to Chinese courts for resolution. GM sued Chery, claiming that QQ is a copy of its Daewoo subsidiary’s Matiz and Chevy Spark. According to court documents, testimony provided by GM executives proved that QQ is such an exact copy that body parts are interchangeable without any modification. Not surprisingly, courts have rejected GM’s claim so far. Chery is allowed to sell QQ at much lower price than Chevy Spark and Daewoo Matiz.

Recent financial trouble experienced by GM and other manufacturers have opened the door for Chinese manufacturers to purchase name brands and get the proverbial foot in the door of US and other western markets. These purchases will also help legitimize Chinese companies in the eyes and minds of western consumers who, at the moment, consider these knockoffs not only vastly inferior but quite insufficient in the safety department. The issue of vehicle safety and testing is not regulated in China either by the government or by any trade association. A prominent Chinese automaker, Brilliance, successfully penetrated the European market only to find out that its premier offering, the BS6 sedan, failed minimum crash test requirements by EU resulting in its European distributor to file for bankruptcy. Passenger safety, it seems, is quite a foreign concept for Chinese automakers. No vehicle of Chinese origin, to date, has passed minimum crash safety tests required by US law to legally sell vehicles in the country. Apparently, cheapness is a virtue when it comes to Made in China.

Government sponsored theft of intellectual property is a very serious issue. Established, well known auto companies spend enormous amount of money when designing and testing new models. This research and development cost can exceed billion dollars in some cases. Chinese government’s inaction in protecting these investments by allowing broad day light robberies may eventually result in trade sanctions imposed on all Chinese autos. Another factor that will start to come into play is the realization by Chinese consumers that knockoff products offered by their native companies are in fact vastly inferior in all respect when compared to the originals. This fact alone is what is responsible for Buick’s phenomenal success in China. Other international brands are starting to see rapidly increasing sales. If this trend continues, Chinese automakers will learn the true meaning of capitalism. How ironic would that be; land of Mao embracing the practices of land of Washington. I would call it an ultimate revenge.

Growth based on government sponsored theft further facilitated by judiciary presided over by thugs masquerading as judges can not translate into sustainable industrial base. Other countries with even more corrupt governments and law enforcers will surely follow China’s footsteps resulting in a chaos where originality is considered nothing more but an afterthought and cheapness not quality will reign supreme. Do you honestly believe that this is the future we should be aspiring too?

Are Chinese automakers ready for world stage? It will largely depend on the Chinese government, whether to honor established Intellectual Property laws in the west or keep sponsoring economic terrorism.

Honda Civic 2012 – Our take on the next generation Civic