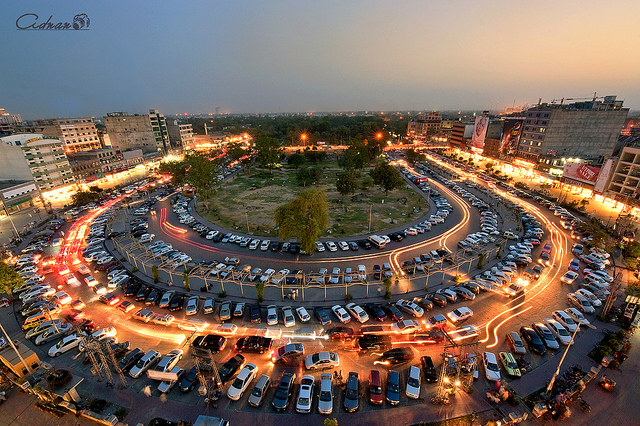 A report on this afternoon’s Samaa TV’s bulletin included a brief story about the charged parking in the metropolis. We’ve all been irritated by these ticket issuing local or district government contractors who charge upon their free will the parking tickets.

Complaints have been received a lot against such contractors. Some of which are about charging unfair amounts of parking fees from cars and motorcycles while if you don’t pay just as you park in the poorly organized parking area, then the contractors feel no obligation towards looking after your vehicle and often, out of hundreds parked, only the ones who say to pay later are picked out for illegal parking or are treated poorly resulting in damage.

Local or district government of Karachi are now aiming towards implementing automated (electronic) systems in places to curb the menace of this mafia driven charged parking business.

LePark, a company based in Lahore has already began its operations in Lahore offering on and off the street parking solutions while its still in the beginning stage, there is a lack of co-ordination between LePark and traffic police but both are working towards a resolve.

In the first phase though, Le Park Managing Director Shakeel Ahmad said that their company would first assume control of parking sites with the cooperation of City District Government of Lahore (CDGL) while later on, he said that the company would start electronic ticketing and the entire network would be connected through the internet.

Furthermore, he said that electronic ticketing would enable easier monitoring and would also help the city traffic police to control traffic better.

LePark has entered a joint venture with the traffic police.

Initially, the plan was to divide Lahore into 28 different zones and auction the parking sites to different operators but later on, it was decided against it. The officials also thought about dividing the city into two zones for auction but it was also ruled and now the contract is to be auctioned off to a single company.

More competition is always better as it offers consumers competitive prices instead of monopoly which a single company would eventually turn this bright business idea, which is neat way to control traffic and congestion resulted due to poor parking regulation.